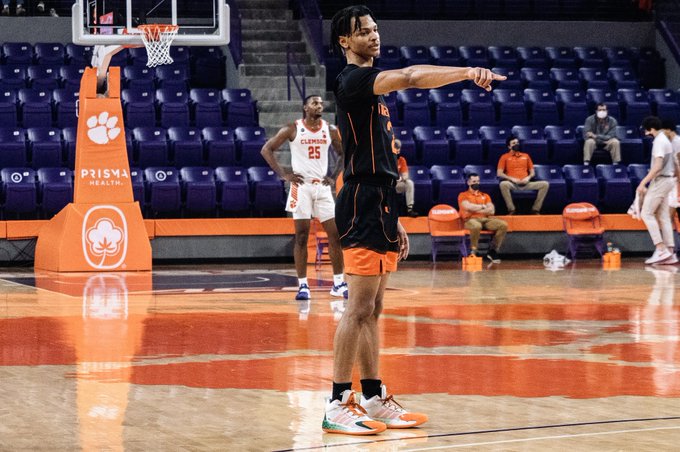 Seeking revenge after losing a one-point heartbreaker to Clemson on Jan. 2, the Miami Hurricanes remained within striking distance of the Tigers, who entered Saturday’s contest on a four-game win streak.

Miami sophomore guard Isaiah Wong scored a game-high 28 points, though his individual performance was not enough for the Hurricanes’ first victory in three and a half weeks, as Miami (7-15, 3-13 ACC) fell to Clemson (15-5, 9-5 ACC) 66-58 at Littlejohn Coliseum.

The loss came after the team had confirmed that Chris Lykes (ankle) and Harlond Beverly (back) would be sidelined for the remainder of the season. Lykes has not played since Miami’s second game versus Stetson, while Beverly has been sidelined for multiple weeks after a road loss to Notre Dame on Feb. 14.

The Hurricanes trailed by as many as 13 points at the nine-minute mark of the second half, and never regained the lead despite a 19-12 early advantage in the first half.

“I thought our guys played really, really hard for a major portion of the game,” Miami head coach Jim Larrañaga said. “We executed the plan extremely well, unfortunately the physicality of the game was just a little too much when we were trying the ball to the rim. That ended up some turnovers, some charges, some steals by Clemson. But you’ve got to give them credit, I thought they played well.”

Clemson forward Aamir Sims, the team’s leading scorer who totaled a career-high 25 points and hit the game-winning shot at Miami, remained 4-for-5 from the field to score nine points in the second half. The Preseason All-ACC selection converted on a 3-point field goal to widen the Tigers’ lead to eight, icing the contest with under three minutes remaining.

“We tried to go zone in the second half when we fell behind to see if they would miss some threes,” Larrañaga said. “We got a stop right away, but then they found the open man and Aamir Simms hit a baseline jumper and then a couple of guys hit threes, and we had to get out of that.”

Although Miami shot 46.2 percent to essentially match Clemson in the first half, the Canes were not able to contain the Tigers’ sharpshooters in guard Al-Amir Dawes and forward Hunter Tyson.

“Our problem all year long has been we don’t make threes and our opponents make them regularly,” Larrañaga said. “I thought today’s game was very much like it’s been all season long, guys who can make threes they get them and make them against us.”

Sophomore forward Anthony Walker logged his fourth double-double on the season and initiated a 10-0 run with six minutes left to slice the deficit to three, though Clemson answered strongly through an 8-0 burst.

“They were home, they were playing with a lot of confidence, they made threes,” Larrañaga said. “But I thought our guys hung in there, we have six guys and two of them don’t score any points.”

The Hurricanes out-rebounded the Tigers 32-24 and scored eight second-chance points yet committed 13 turnovers. Holding Simms and a hot-shooting Clemson team was not a part of that mix, nonetheless.

“It’s hard to only get 58 [points] today, and we thought that’d probably the most we could get, 58 to 60,” Larrañaga said on the lack of overall scoring production. “We were gonna have to hold them into the low 50’s to win the ball game.”

Miami will remain on the road and challenge No. 15 Virginia, which previously lost to NC State, on Monday at 9 p.m. The game will be broadcast on the ACC Network.