By day, University of Miami student Jasmine Ortiz studies musicianship, artistry development and entrepreneurship at the Frost School of Music. But by night, she records with producers like the multi-platinum Trackdilla.

Now, she is taking the pop industry by storm. With her latest single, “Cherry on Top,” reaching over 1 million views on YouTube in just two weeks, the bilingual artist is nothing shy of a sensation.

Ortiz, 20, found her roots in the hard rock genre while studying jazz guitar and classical piano at her high school for the performing arts. Evolving into an energetic, pop vocalist came naturally to the musician, who learned five instruments before becoming a songwriter.

She started playing piano at age 3 and incorporates Spanish, English and Mandarin into her music to appeal to the masses. Clearly, it’s working. Her bilingual single, “Intentions,” has reached over 1 million views on Youtube.

“A lot of my listeners and fan base were in other countries. So, it was interesting to me seeing the song blow up in Mexico or Spain or Colombia,” Ortiz said, reflecting on her worldwide reach. “I was like ‘Ok wow, this is really cool. People all over the world are listening to my music.’ That was bizarre.”

Ortiz’s love for music was there from the beginning. When she was only two years old, she snuck away from her parents at a crowded restaurant in Atlantic City in search of the nearest stage and piano.

“My parents were mortified because they hadn’t noticed until everyone in the restaurant had noticed,” she recalled.

From then on, it was clear that Ortiz was born to be on stage.

“I think I always kind of wanted to write songs in some capacity,” she said. When Ortiz would hum and sing melodies around the house, her mother would ask where she learned them.

“Oh, I just made it up,” Ortiz would say with a shrug. 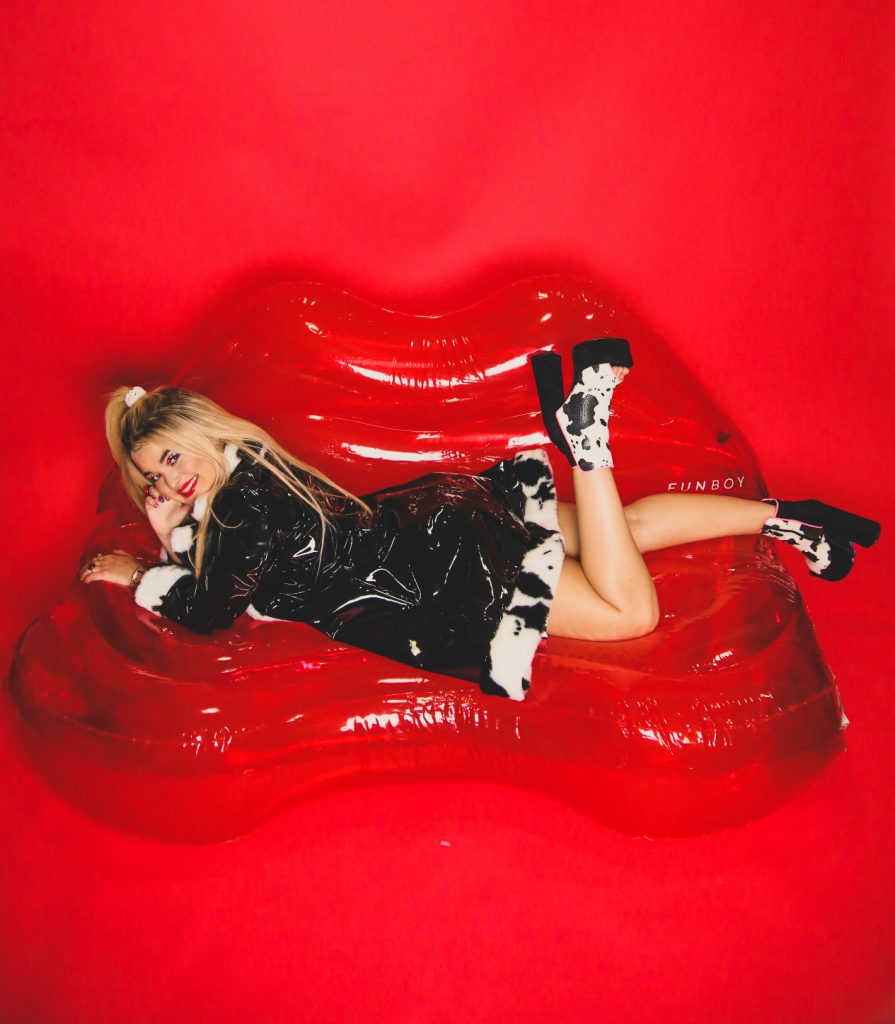 After an audition for the Frost School of Music in 2018, Ortiz knew that she was bound to be a Cane.

“As soon as I stepped foot on campus, I fell in love,” said Ortiz, now a junior.

The deans offered her the creative and curriculum flexibility she sought after to follow her wildest dreams.

“Between the weather, the people and the campus, my mind and heart were made up before I physically said anything.”

When Ortiz isn’t working tirelessly on new music, enjoying what the 305 has to offer or listening to 90s pop rock, she can be found studying political science. The artist said she likes to use her voice and “whatever platform” she has to be an advocate.

The COVID-19 pandemic took a toll on students and artists alike.

“A lot of people put pressure on artists during these times to be hyper-productive,” Ortiz said.

Because she writes relatable lyrics about being “ghosted” by cute guys or confused about someone’s intentions, a national lockdown left little room for inspiration.

“For me personally, I always need a lot of social input to have creative output. You can’t cook without ingredients, and my ingredients are seeing people and going out and doing things,” Ortiz continued.

Still, she used this situation as an opportunity for adaptation, finishing up production of her single “Trick or Treat” and filming a colorful music video in Coney Island.

“I started learning and growing and taking the time to not only focus on being an artist, but also on being a musician and what that meant to me,” said Ortiz.

Although she has achieved wonderful success recently, Ortiz doesn’t have plans of stopping anytime soon. Her dream collaborations include Post Malone, Amine and Drake.

“He is Champagne Papi, of course,” she joked.

She looks up to these artists for their uniqueness and style while still remaining in the mainstream market.

“[Amine] is not afraid to be out of the box. He directs his own music video, and that’s something that I respect.”

The pop industry is ever changing, but Ortiz plans to continue to evolve alongside it.

“I think I want to live here for a while, in the pop genre,” said Ortiz.

She described the pop genre as “limitless” and “fused” with bits and pieces from other genres: R&B, alternative and indie.

“Look at all of the TikTok songs that have popped off that aren’t traditional pop sounds,” Ortiz remarked.

As her YouTube views and Spotify streams rise, be sure to keep an eye out for her new projects coming out this spring 2021. “Now that I’m seeing a bit more domestic growth, that’s when it’s starting to feel more real to me.”

After a lifetime of hard work, seeing this positive traction in the states has been really special for Ortiz. You can join her more than 200,000 fans by following @iamjazmineortiz on Instagram and searching her name on Spotify and Apple Music.