Home » Behind dominant second half, Hurricanes power to win over Boston College

Behind dominant second half, Hurricanes power to win over Boston College 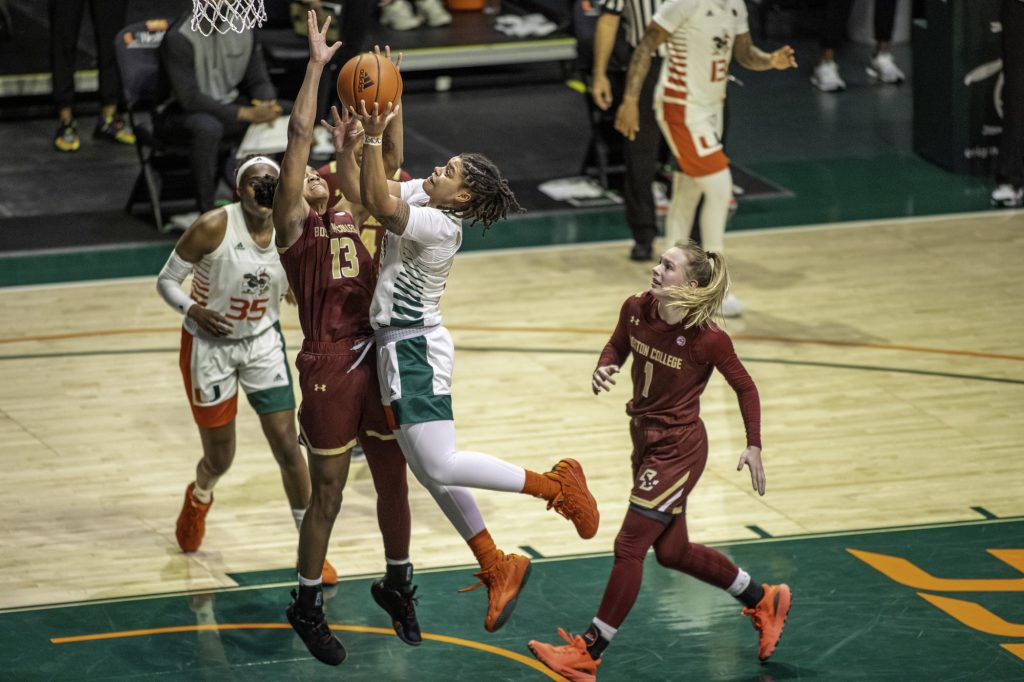 Redshirt junior Destiny Harden goes up for a contested shot in the second half of Miami's win on Thursday Feb. 18. Harden scored a game high 20 points, shooting 8-of-12 from the field. Photo credit: Josh Halper

“We were waiting around for a spark on offense, so we just started focusing on defense and getting stops against a very good Boston College team,” Miami head coach Katie Meier said after the game.

It was a well-balanced attack for Miami as five different players scored in double digits. Redshirt junior Destiny Harden led the way for the Canes with 20 points on 8-of-12 shooting from the field. Harden’s 20-point game ties a career-high and also marks the third time this season Harden has scored 20 points. 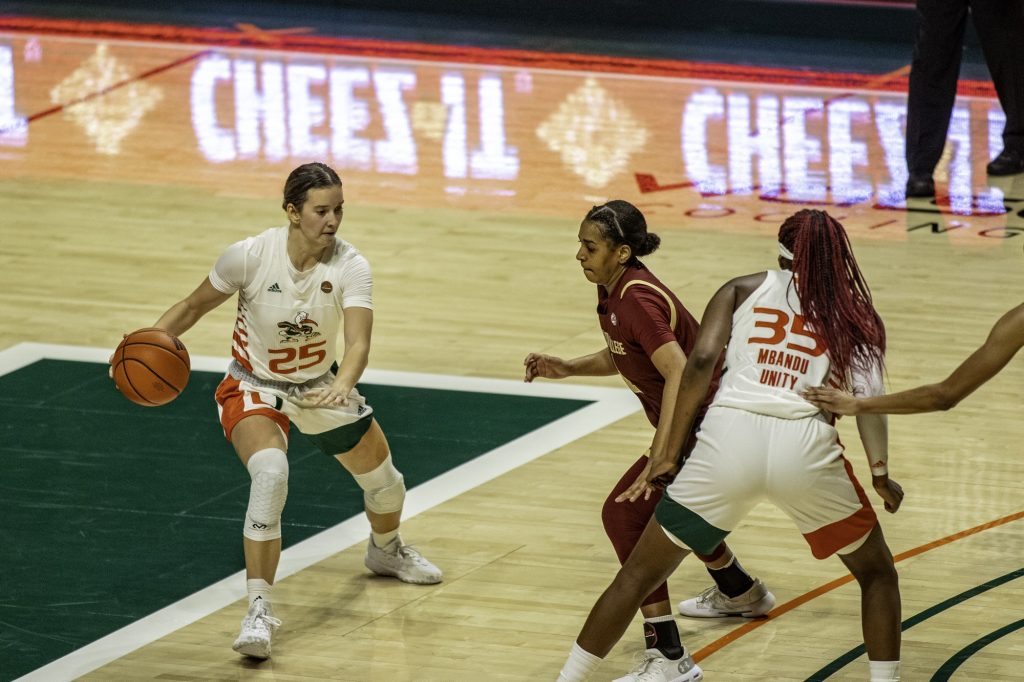 Junior Karla Erjavec moves around the pick during the first half of Miami's win over Boston College on Thursday Feb. 18. Erjavec finished the game with 11 points, a rebound, a steal and a pair of assists. Photo credit: Josh Halper

“I’ve just been playing Miami basketball, listening to coaches,” Harden said when asked what she’s been doing to stay in a good offensive rhythm.

The Canes started the game going 1-5 from the field and turned the ball over three times. The slow start forced Meier to call a timeout just five minutes into the game. Miami responded after the timeout, cutting the Eagles lead to just four heading the second quarter. The second quarter was a back-and-forth battle as both teams scored 20 points in the quarter and the Eagles held on to a 37-33 lead at halftime. 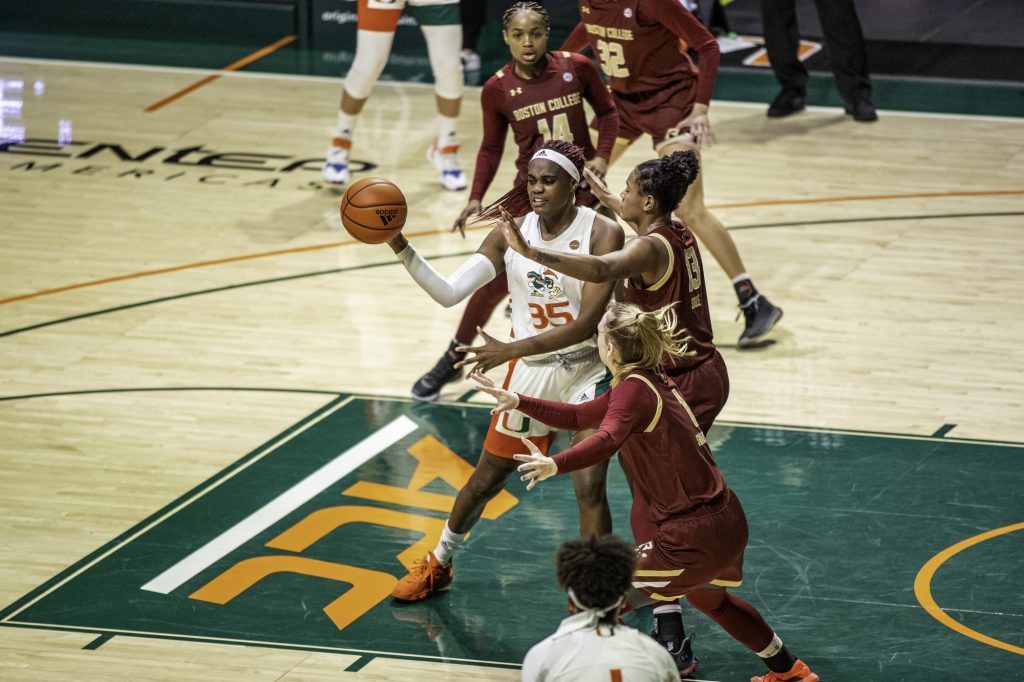 Junior Naomi Mbandu passes the ball out in the first half of Miami's win over Boston College Thursday Feb, 18. Mbandu had eight points in the win. Photo credit: Josh Halper

Miami started the half on a 6-0 run to take its first lead of the game. Miami used that momentum to spark a strong third quarter that saw them score 17 points on 44 percent shooting from the field. Harden was a big part of Miami’s third-quarter scoring. She had six points and grabbed five rebounds. Miami took a two-point lead into the fourth quarter.

Miami dominated the fourth quarter, led by Marshall’s eight fourth-quarter points. The Canes outscored the Eagles 27-12 in the quarter.

“It was just a great team win,” Meier said.

The Hurricanes will now have a week off before facing the Wake Forest Demon Deacons at 7 p.m on Feb. 25 at the Watsco Center.