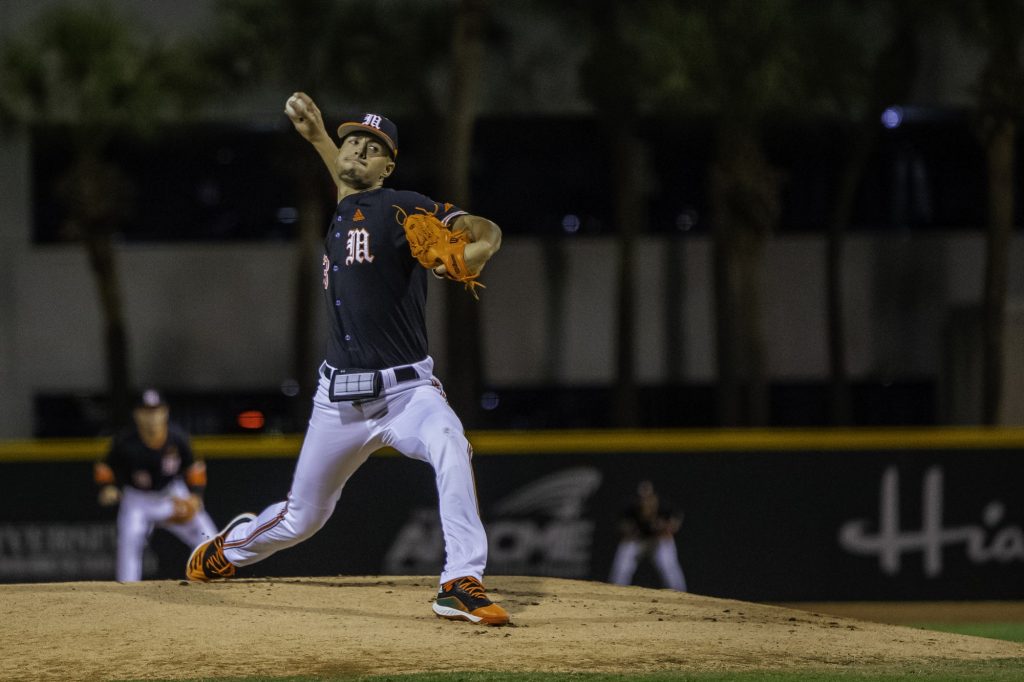 When the Miami Hurricanes open the 2021 season at the University of Florida’s brand new ballpark, they’ll be without their biggest strength from a year ago.

UM’s three-man weekend pitching rotation from 2020 will be gone. Starting pitching was the rock of the Canes roster throughout last spring’s 12-4 campaign, which was abruptly halted in March due to the coronavirus pandemic.

Head coach Gino DiMare is confident that this year’s team can overcome the challenge of replacing three elite starting arms, but admits there is some uncertainty.

“It’s a big loss, losing those three guys,” DiMare said on finding a new weekend pitching trio. “I think probably on the outside looking in, that’s going to be the biggest question mark for our team.”

Slade Cecconi—who was the Sunday afternoon starter for Miami last year—was the highest drafted Hurricane in last June’s Major League Baseball Draft. Accumulating a 3.80 ERA and 30 strikeouts over four starts as a sophomore in 2020, he was selected No. 33 overall by the Arizona Diamondbacks. He was named the organization’s top minor league pitching prospect by Baseball America this offseason.

Chris McMahon was drafted soon after at No. 46 overall by the Colorado Rockies. The Saturday night starter for UM last spring, McMahon struck out 38 batters, tied for a team high, while recording a 1.05 ERA through four starts as a junior.

Brian Van Belle also earned an invitation to professional baseball, albeit outside the abbreviated, five-round draft. The senior last year signed with the Boston Red Sox as an undrafted free agent. The former transfer from Broward College was the starting rotation’s leader in ERA (0.68), WHIP (0.77), strikeouts (38, tied with McMahon) and innings pitched (26.1). While professional organizations may have seen more potential upside in the younger Cecconi and McMahon, Van Belle was UM’s undisputed ace in 2020, earning the coveted Friday night starting spot. 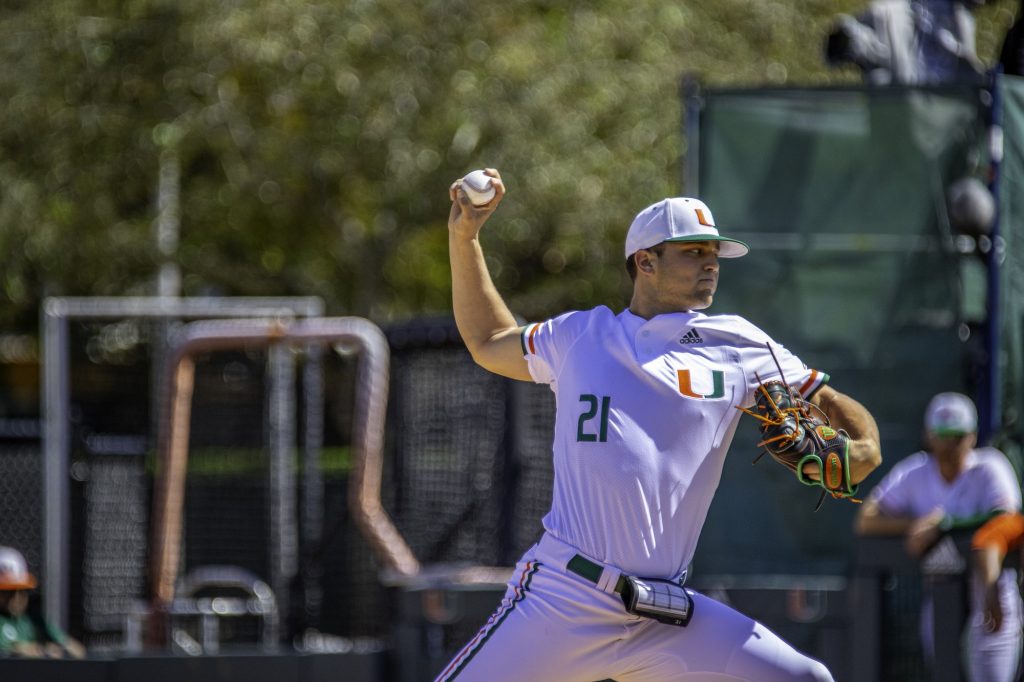 Keysor was Miami’s most experienced bullpen arm in 2020. Through eight appearances and 7.2 innings pitched, the senior registered a 5.87 ERA and nine strikeouts. He signed over the summer with the Cincinnati Reds, also as an undrafted free agent.

Zamora meanwhile is the biggest offseason loss on the offensive side. The Miami native was chosen No. 53 overall by the Milwaukee Brewers. Zamora did not play in 2020 after tearing his ACL in practice before the season-opening series against Rutgers. He did bat .296 as a sophomore in 2019 and hit six home runs.

Due to the shortened MLB Draft and eligibility relief extended to student-athletes as a result of the pandemic, numerous players in Coral Gables and beyond will be playing college baseball in 2021 who otherwise may not have been. This has created a level of transience unseen before in the sport, with new migratory patterns being paved in and out of South Florida all offseason in search of what playing time and scholarship money is available in this spring’s crowded college baseball landscape.

While 2021 will see the deepest and most experienced Miami team in recent memory, some players have opted to leave in hopes of seeking a more likely starting lineup spot elsewhere.

Infielder Luis Tuero, who started nine games and hit .323 in 2020, entered the transfer portal and ended up at Florida Southwestern College. Outfielder Chet Moore, who batted .182 in 2019 and 2020 in a reserve role, transferred to Eastern Florida State College. Infielder Josh Lauck, who had himself transferred into Miami from California’s Mission College prior to 2020, now finds himself at Fresno State. And backup outfielder Austin Pollack left the program but didn’t have to go far before arriving at Miami-Dade College.

While new faces arriving and some old faces missing may seem daunting in a season already plagued with enough outside distractions, DiMare will keep the sudoku puzzle of a lineup card as simple as possible in 2021.

“It’s going to be one of those things where we’re going to play the guys that we think give us the best chance to win,” he said.

Faculty respond to increase in campus density, rise in COVID cases
‘One of the best hitters we’ve had here’: Adrian Del Castillo ready for best season yet