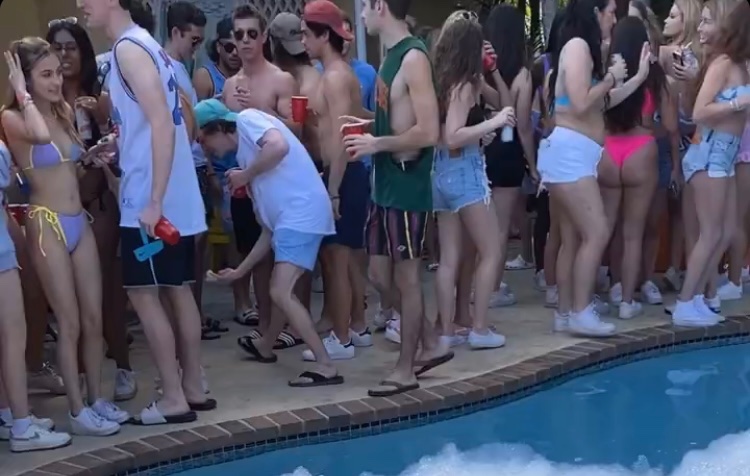 Last semester, the New York Times penned an article that described and outlined just how dire the situation is when it comes to universities handling the presence of Greek Life and rising cases of COVID-19 on their campuses. Despite the danger of spreading the virus, the sororities at the University of Alabama partied up and down the sidewalks of bars and restaurants after Bid Day. At the University of North Carolina at Chapel Hill, administrators called off in-person classes after finding clusters of infected students at a Greek housing facility. Sounds familiar, doesn’t it?

All over the country, universities and their administrators are grappling with how to prevent large infection outbreaks among their populations of sorority and fraternity members. Unfortunately, it is no different here at the University of Miami. With a robust Greek Life and an administration that is especially dedicated to them, we have had our fair share of issues surrounding Greek Life. With each incident, it appears that our administration has tried to minimize the impact of the news and limit their levels of transparency when communicating with the campus community about such issues.

Many of us know that last semester was anything but uneventful. The campus faced political turmoil amid election season, students became more aware of UM’s surveillance tactics, COVID cases surged, maskless students packed Key West bars for Halloween, many of them in Greek Life, and some frats were placed on suspension and probation for violating COVID protocols and hosting parties. And even though we had more than 1,500 cases for the fall semester, that were at one point misrepresented, UM brought students back for the spring, placed all fraternities back in good standing, ramped up COVID testing and hoped for the best.

The spring semester brings us a new dilemma and as such, it needs a new solution. This semester has already brought a new sorority, a large number of former remote students returning to campus, and several more incidents of Greek Life violating policies. Because this is normally the time Greek organizations recruit and rush, sororities, and fraternities are much more active right now. Members of Greek organizations have not only been hosting large parties at rental properties and their houses but going out to bars and clubs in droves, sans masks and social distancing. Students who live in the University Village have reported frats hosting large parties and even members of our own staff have received videos and photos of students in Miami clubs. The situation is dire and can get so much worse. With so many more students back on campus, there is a higher risk for infection and a higher need for responsibility.

Last semester, the administration said that they lacked sufficient evidence to condemn Greek life. Each time The Miami Hurricane would report instances of the frats violating rules, the administration would either ignore it or send out a lack-luster email. At this moment, the public can’t directly tie the number of cases on campus currently to the surge in activity from Greek Life, but something tells us they’re closely connected. Some of these Greek Life members lie to administrators about where and how they contracted the virus, going so far as to getting tested by non-UM facilities so that their results won’t come back to the school. They bully and intimidate other members who want to adhere to guidelines, and even though the administration has asked for all future Greek events to be run virtually, we know that won’t happen. The coddling and cajoling has to stop. How many more students need to get COVID for them to realize that the entire campus is in danger of becoming a hotspot?

So what is a school like UM to do? They have tried slapping individual fraternities on the wrist, but the issue still persists. We reckon that they will have to be stricter when it comes to punishments. The university ought to be running out of warnings and second chances, and the fraternities responsible for hosting parties this semester and the sororities attending them must be held accountable. But more importantly, the university has to start being transparent with us. As we have said before, the UM community is not just made up of students but of faculty, maintenance workers, and parents. Withholding information not only hurts the students living on campus, but their parents, the professors that teach us and the workers that keep this school together. We deserve transparency in the number of investigations and issues related to Greek Life. Our lives depend on it.