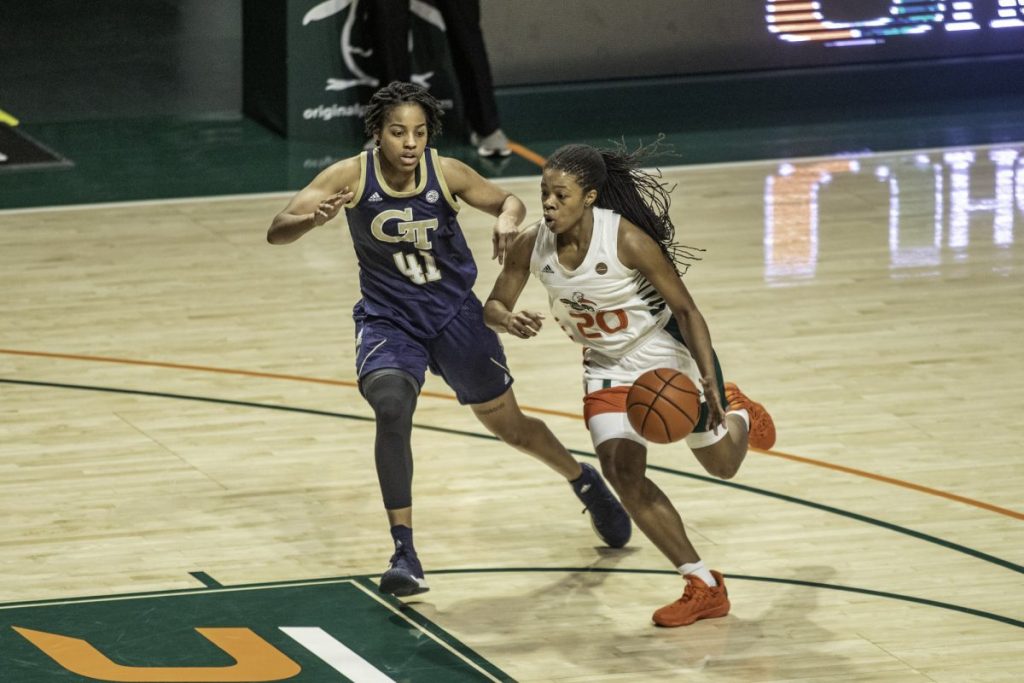 In their first home game since January 3, the Miami Hurricanes could not keep up with the hot-handed Georgia Tech Yellow Jackets and fell 70-56 Thursday night at the Watsco Center.

Kelsey Marshall led Miami in scoring with 16 points. Marshall, a senior guard, was honored before the game for reaching the 1,000 point milestone in Miami’s loss to Louisville on Tuesday.

“I just feel like we need to play better team defense,” Marshall said. “When you go into a game focused defensively and we are locked in, that is really what allows us to flow better into our offense, so I just think we need to work on our defense and being able to execute and follow scout and game plans.” 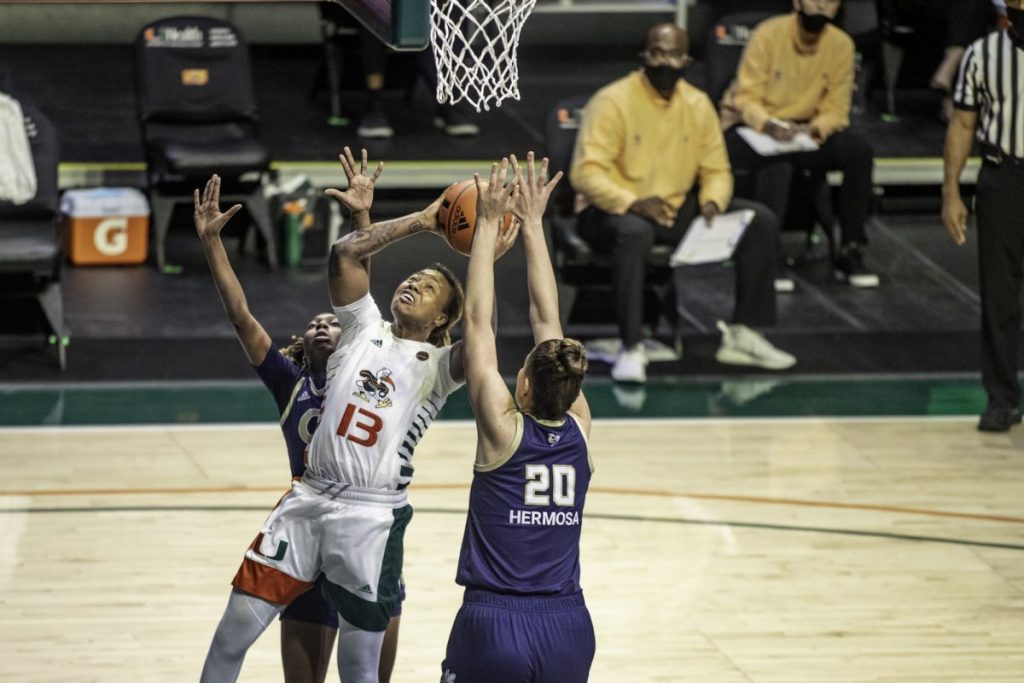 Senior guard Taylor Mason goes up for a contested layup against two Georgia Tech players. Mason finished the game with 11 points shooting 4-12 from the field, 1-4 from the arc, and 2-2 from the line. Photo credit: Josh Halper

Georgia Tech held a 15-point lead at halftime after shooting 51.6 percent from field goal range in the first half. Miami managed to cut the lead to nine early in the fourth quarter but ultimately could not hang on. 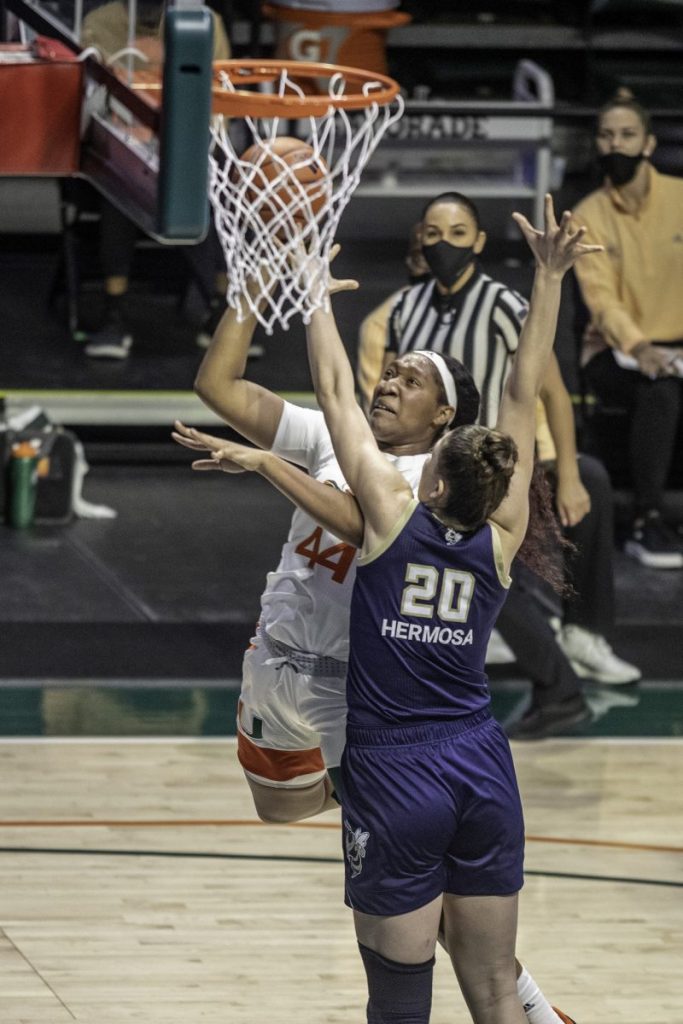 Meier chided her team’s mentality going into the game in regards to playing just two days after a big game at Louisville.

“I told the team I don’t care that we played on Tuesday night because when you are a big time program in the NCAA, you play Friday-Sunday or you play Saturday-Monday to go to the Elite 8, to go to the Sweet 16, to go to the Final Four, so if that was our mentality, looking for that as an excuse, then that’s just really disappointing and there is no way that we are going to go there,” Meier said. “We can’t keep getting into these deep holes.”

The Hurricanes have a chance to bounce back on Sunday at 1 p.m. against Boston College at the Watsco Center.