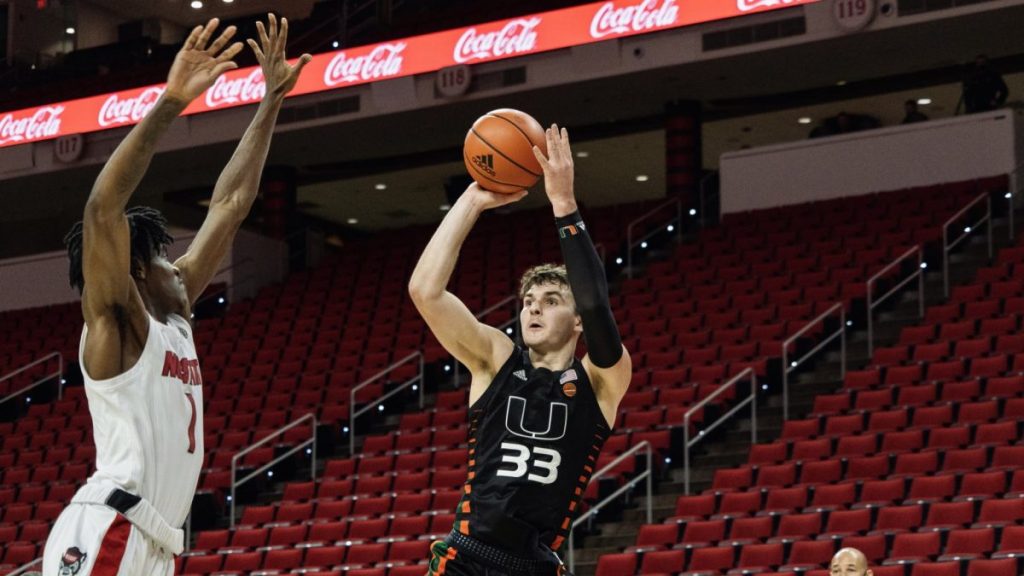 “University of Miami head men’s basketball coach Jim Larrañaga announced Thursday afternoon that freshman forward Matt Cross will no longer be with the program, effective immediately,” the release by the athletic department said.

Cross was dressed but did not play in the Miami’s 81-59 loss to Florida State on Wednesday even though the team only had six scholarship players available for the game because of a plethora of injuries to five scholarship players.

“It was just a coach’s decision,” Larrañaga said after the game about the decision not to play the freshman.

In 14 games played, Cross was averaging 26 minutes, 6.9 points, 3.5 rebounds and 1.4 assists. He chose to come to the University of Miami over offers from Butler, Florida, Iowa, Indiana, South Carolina and Texas A&M. Cross is a former four-star recruit in the class of 2020.

Miami is 6-9 overall, 2-8 in the Atlantic Coast Conference and has struggled tremendously with a depleted roster. The Hurricanes are next scheduled to play Wake Forest on Saturday in Winston-Salem, NC.

Let’s Run It Back: Here are the players returning for the 2021 football season
Katie Meier cites lack of focus as Miami falls 70-56 to Georgia Tech at home