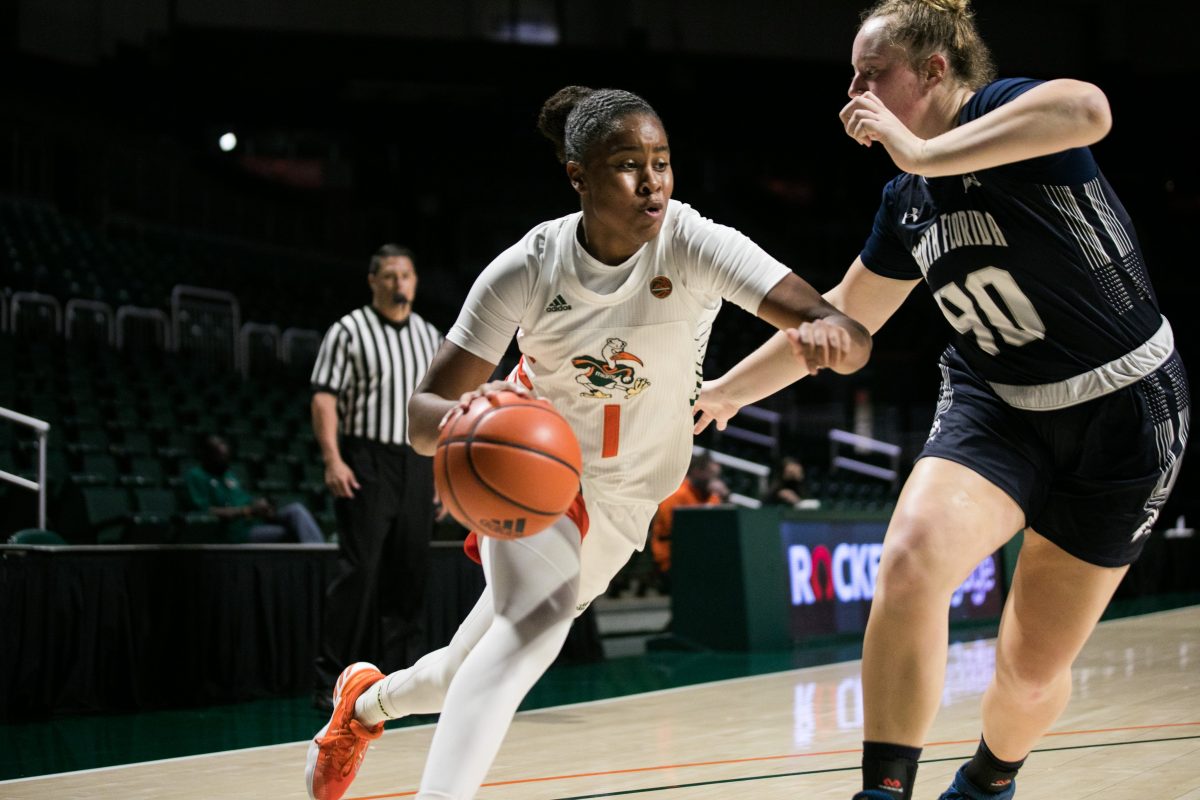 “North Florida had all of our respect,” Miami head coach Katie Meier said. “They played NC state really tough and NC State is a really good basketball team, so that got our attention. We were locked in.”

It was a career-high night for Miami guard Moulayna Johnson Sidi Baba, who scored 17 points on 6-of-13 shooting from the field and 3-5 from three-point range.

“I thought Sidi Baba was really special and that helped us a ton,” Meier said. “She looked like an all-conference player today.”

“I think we’re going to have to. That what I’ve been kind of digging through; the mismatches,” Meier said. “Some of the off the ball stuff that we’re doing is very different than it was in years past. We did a lot of staring at Mykea because we had talented guards and you got some good screeners, you’re going to initiate offense through a ball screen with your guards and we’re not doing as much of that now. So, now I’m looking off-ball and trying to get some backside action, some slides, some post-ups, and some back cuts.”

After shooting only 2-of-11 in the last game, Miami guard Taylor Mason had an all around performance for the Canes with 10 points, 10 rebounds, five assists, and four steals.

“It’s a mental thing,” Mason said. “So, I just wanted to come in calm and still poised and just trust my abilities.”

After starting the game down 0-3, Miami went on 22 to 10 runs to end the first quarter. The Canes continued to show their dominance in the second quarter by holding the Lady Ospreys to only seven points to take a 39–20 lead into halftime. The second half would be more of the same as Miami held North Florida to 13 points and six points in the third and fourth quarter respectively.

Miami will now have a few days off before they hit the court again on Dec. 3, to take on the Florida Atlantic Owls at 7:30 p.m at the Watsco Center.