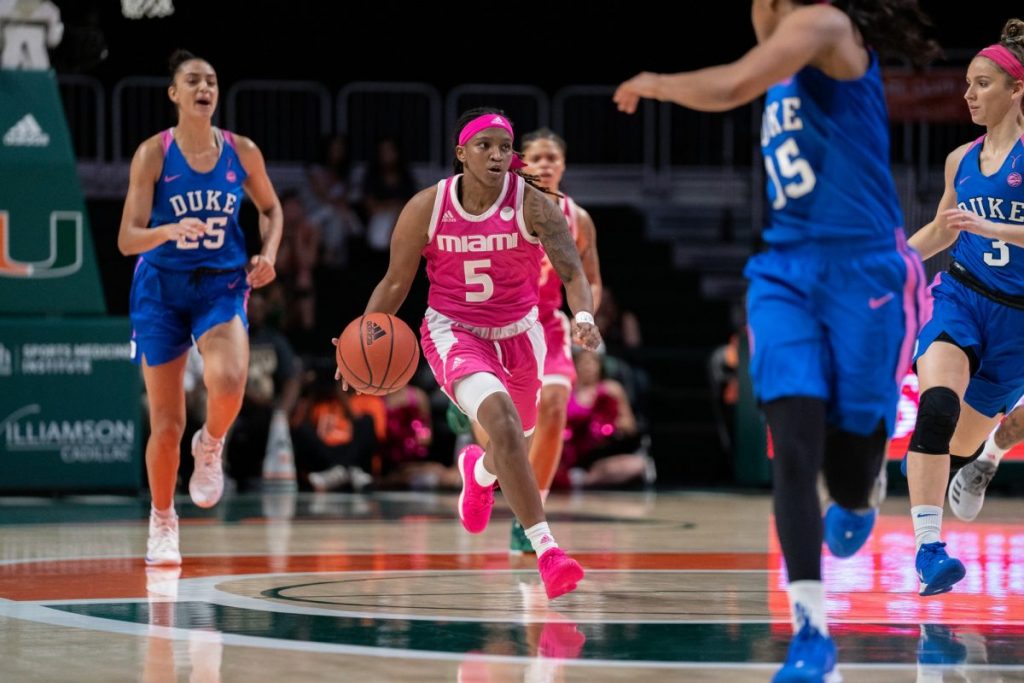 It was a frustrating 2019-20 season for the University of Miami women’s basketball team. Star senior Beatrice Mompremier missed most of last season due to an acute foot injury.

Mompremier’s absence forced the Canes to rely on their four junior guards to carry the team for most of the year. With all four guards now having that experience heading into their senior season, Miami will be looking at this year’s group of seniors to help the team return to the NCAA tournament.

Senior guard Mykea Gray was the team’s second-leading scorer last season with an average of 12.7 points per game. With Gray’s ability to score the ball, Miami will lean on her often for scoring when needed. Gray is an experienced guard that will be a third-year starter this season so when Miami needs a big score, the ball will most likely be in her hands.

Miami will also be relying on Endia Banks to take on a bigger role this season. As a starter last year, Banks averaged 7.1 points and 3.2 assists per game. With the loss of Mompremier, the Canes will need Banks to continue to find that balance between when to score and when to pass. As the starting point guard, she will also be looked to for leadership.

Senior guard Kelsey Marshall was the team’s best three-point shooter at 36 percent last season. Miami will need her to keep up her good shooting numbers to help space the floor for players like Gray and Banks to attack and create shots for others. But with other teams knowing how good of a shooter Marshall is, she will have to start to find other ways of scoring when teams start to focus on her three-point shooting ability.

Last season as a junior guard, Taylor Mason led all Miami bench players in minutes played, three-pointers made, free throw percentage and total assists, so look for Mason to be the first guard off the bench this season and for her to come in and try to affect the game in every way possible. She will also most likely be a replacement starter if one of the other three other guards misses a game.

With one of the most experienced backcourts in the country and a nice mix of young, talented players, Miami is hoping they can make up for last year’s up and down season and make a return to the NCAA Tournament. 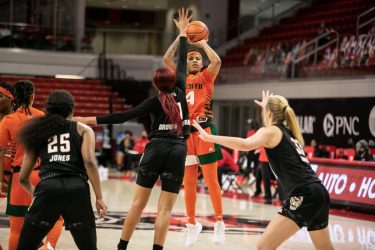 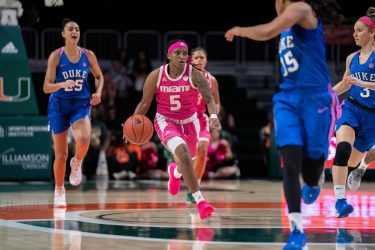