Home » ‘Featuring Ty Dolla $ign’ is a solid project, but way too long

‘Featuring Ty Dolla $ign’ is a solid project, but way too long 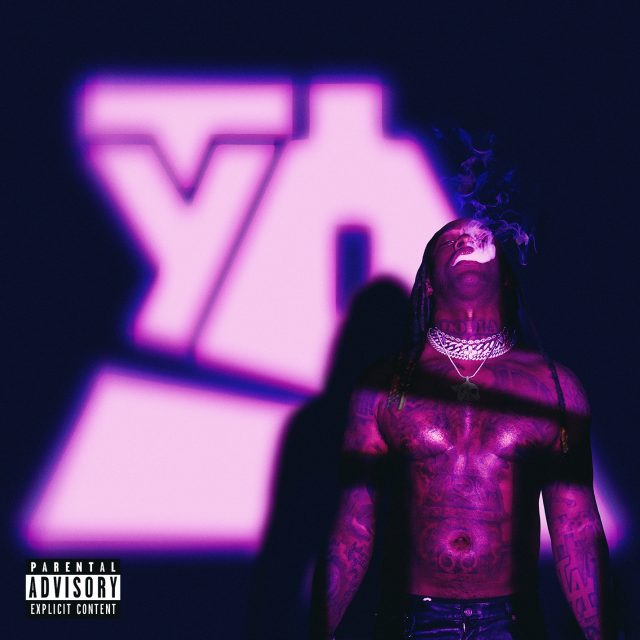 Whether it’s the thumping pop bridge of “Work From Home” by Fifth Harmony, the smooth R&B chorus of “Hit Different” with SZA or the catchy hook of rap banger “Hot Girl Summer” alongside Megan Thee Stallion and Nicki Minaj, he is the go-to guy for a hit collaboration. When you see “featuring Ty Dolla $ign” on a track, you know it’s hit.

Well known for his ability to adapt and cater to all audiences, music-veteran Ty Dolla $ign proves he is the ultimate genre-bender on the appropriately titled “Featuring Ty Dolla $ign,” released Oct. 23.

Since his mainstream debut in 2009, his collaborations have spanned dozens of genres, each track encompassing another side of the 35-year-old singer/rapper. “Featuring Ty Dolla $ign” proves that every corner of R&B and hip hop is his comfort zone.

Many fans on social media have asked, “With 22 guest artists, is he even on the album?” The concern proves valid, as Dolla $ign often finds himself stepping back and giving his featured artists the spotlight. But, is that such a bad thing?

The 25-track-long project begins with him embracing his versatility on “Intro” and “Status.” They’re solid introductions to his third studio record, blending perfectly into the funky hip-hop of the third track “Temptations.”

The album does not really pick up until the fifth track, “Spicy” with multi-platinum musician Post Malone. No mistakes were made here, as the beat of this song is exquisite and club ready. The overtly sexual lyrics will have you ready to get your freak on.

“Track 6” includes one of my personal favorite verses, with singer-songwriter Anderson Paak going neck-to-neck with Dolla $ign himself. It’s catchy and explosive, topping off with a cameo from rapper Kanye West.

The next couple of songs feature Quavo and Lil Durk for filler tracks that are quite forgettable, in all honesty. Both “Freak” and “Double R” rely on trap-rap production clichés that don’t hit nearly as hard as the previous tracks.

Another standout single from the album is “Expensive” featuring rap legend Nicki Minaj. Dolla $ign croons about his infatuation for a high-class woman with luxurious taste. In a similar fashion to any other Minaj track, the female powerhouse dominates through her verse with an ease that few hip-hop artists have.

“Tyrone 2021” with fellow rap veteran Big Sean is another strong cut that showcases each musician at their best. Spitting hard over a sick beat, each reminds fans why they started listening to them in the first place.

It’s surprising that one of the best cuts from “Featuring Ty Dolla $ign” features…no one. “Nothing Like Your Exes” is steamy and sexual, as Dolla $ign fills the role of a dominant playboy spoiling the woman of his choice in a way no other man could.

In a more contemporary R&B portion of the project, “By Yourself” and “Universe” highlight the silky vocals of Jhene Aiko and Kehlani, respectively. They’re solid album tracks that show Dolla $ign expanding his range even more than he already has.

The second half of this album is plagued with tracks like “Powder Blue” and “Dr. Sebi” that are easily overlooked. Songs like these bring up an important question: did the album have to be this long?

Just in time to close the project, Dolla $ign brings out the banger that is “Ego Death.” With guest artists FKA Twigs, West and Skrillex, it sounds faintly similar to West’s 2016 LP “The Life of Pablo.” Each artist delivers fiercely on this house-inspired party anthem that is sure to make you dance.

The largest takeaway from this project is that Dolla $ign is one of music’s most versatile musicians. He blends genres easily with slow jams, steamy lyrics and memorable features from some of hip-hop’s biggest names.

Ultimately, “Featuring Ty Dolla $ign” might not be as theatrical and thematic as his 2015 debut album “Free TC,” but there are plenty of groovy, trap-inspired tracks to add into your favorite pre-game playlist.

Don’t just take my word for it. Check out “Featuring Ty Dolla $ign” on Spotify here.

Addressing the Ravicher matter
Model Cheyenne Depree on modeling, acting, how to break into the business