Miami in the NFL Week 10 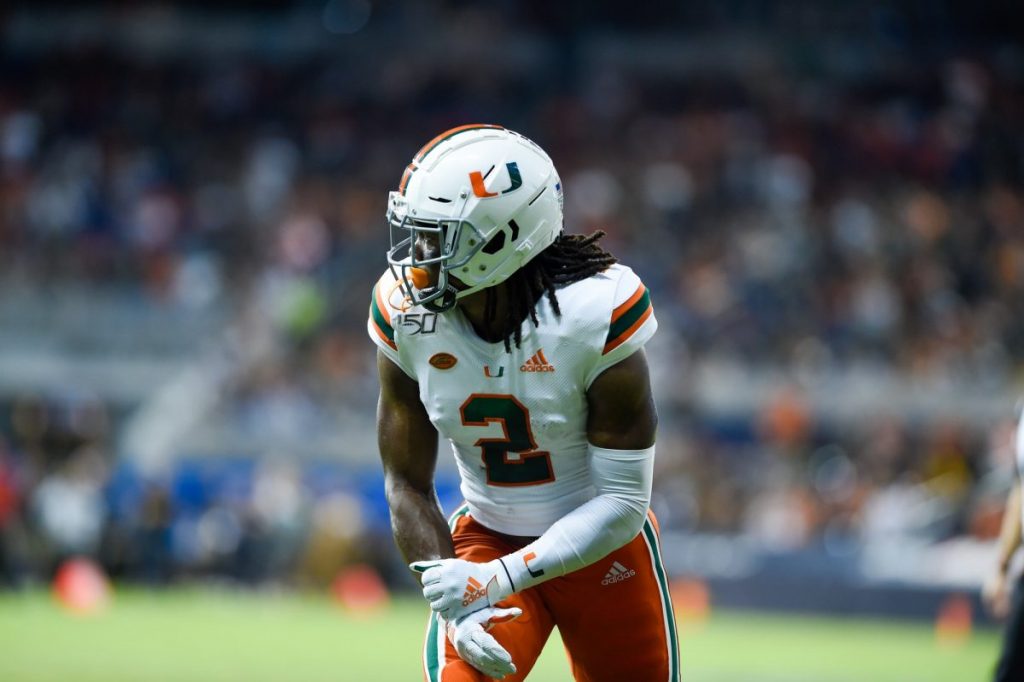 A seemingly tame play on Monday Night Football was actually extraordinary, assuming one is a fan of the Miami Hurricanes.

There aren’t records kept to prove whether or not such an occurrence had any precedent. But on a routine punt, three former Canes logged a stat in the same play. Casually mind-boggling.

Osborn also added a tackle on punt return duty in the fourth quarter. O’Donnell had five total punts for 221 yards, pinning Minnesota twice inside their own 20-yard line. And elsewhere on the field, Bears running back Lamar Miller had two receptions for six yards as he recorded his first stats since 2018.

For Seattle, DeeJay Dallas and Travis Homer continue to impress. Both running backs were primarily used as pass catchers in a 23-16 loss at the Los Angeles Rams, with Dallas getting two catches for 23 yards while Homer had three receptions for 19 yards. Dallas also logged two carries for eight yards as tight end Greg Olsen caught two balls for 33 yards.

Safety Sheldrick Redwine made two solo tackles for the Cleveland Browns in a 10-7 home win against the Houston Texans, teammate and defensive end Olivier Vernon added a tackle assist, and running back Duke Johnson led the Texans in rushing with 54 yards on 14 carries.

New York Giants linebacker Trent Harris logged three total tackles in a 27-17 upset win over the Philadelphia Eagles. The college defensive end also had a half sack. And cornerback and Corn Elder led the Carolina Panthers in tackles with eight, with five of them solo as his team fell 46-23 at home to Tampa Bay.