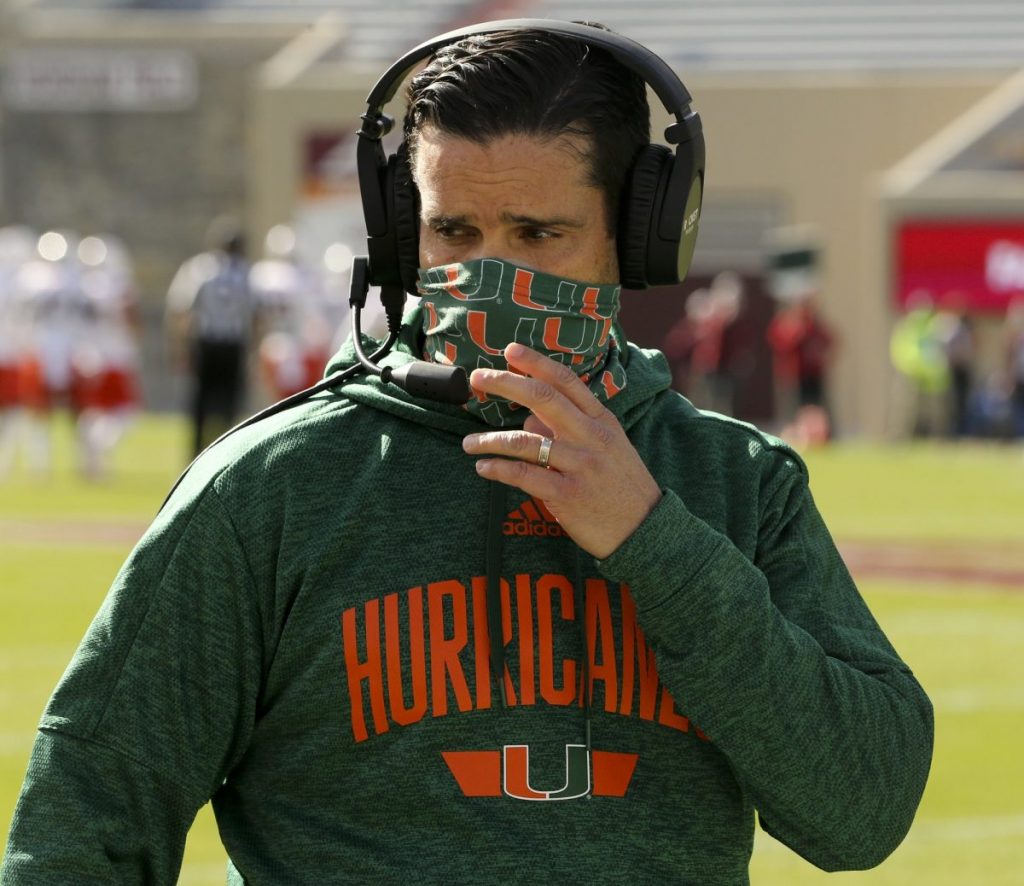 For months, the Miami Hurricanes were able to avoid the major disruptions that have become a staple of the COVID-19 pandemic. After an offseason and eight games of keeping the virus at bay, the program is now bearing the brunt of an internal outbreak and will have three upcoming games postponed.

This week’s scheduled matchup against the Georgia Tech Yellow Jackets at Hard Rock Stadium has been pushed back to Dec. 19 from its original date of Nov. 21. UM’s contests at Wake Forest and at home against North Carolina, originally slated for Nov. 28 and Dec. 5, have both been pushed back one week to Dec. 5 and Dec. 12.

“We are disappointed that we will not be able to play the next two weeks as scheduled but this decision was made in the best interests of the health and safety of all teams,” Director of Athletics Blake James said. “The health and safety of our student-athletes is always our top priority and we will continue to follow the conference’s protocols in order to safely and responsibly return to play.”

Miami’s game against Georgia Tech will be cancelled in its entirety should the Hurricanes advance to the Atlantic Coast Conference Championship Game in Charlotte, NC. UM would need a Clemson loss or two Notre Dame losses to ascend to the first or second overall position in the conference and make the championship game, scheduled for Dec. 19.

UM has not disclosed COVID-positive test results nor its traced contacts. As a private institution, it’s not obligated to do so. However, a growing number of student-athletes have been unavailable in recent contests.

Eight players missed Miami’s home tilt against Virginia on Oct. 24. That number grew to 11 for the Canes’ road matchup against North Carolina State on Nov. 6. And at Virginia Tech on Nov. 14, 13 players were listed as inactive. Head coach Manny Diaz said after the 25-24 win that UM was “on the brink” of not being able to play the game.