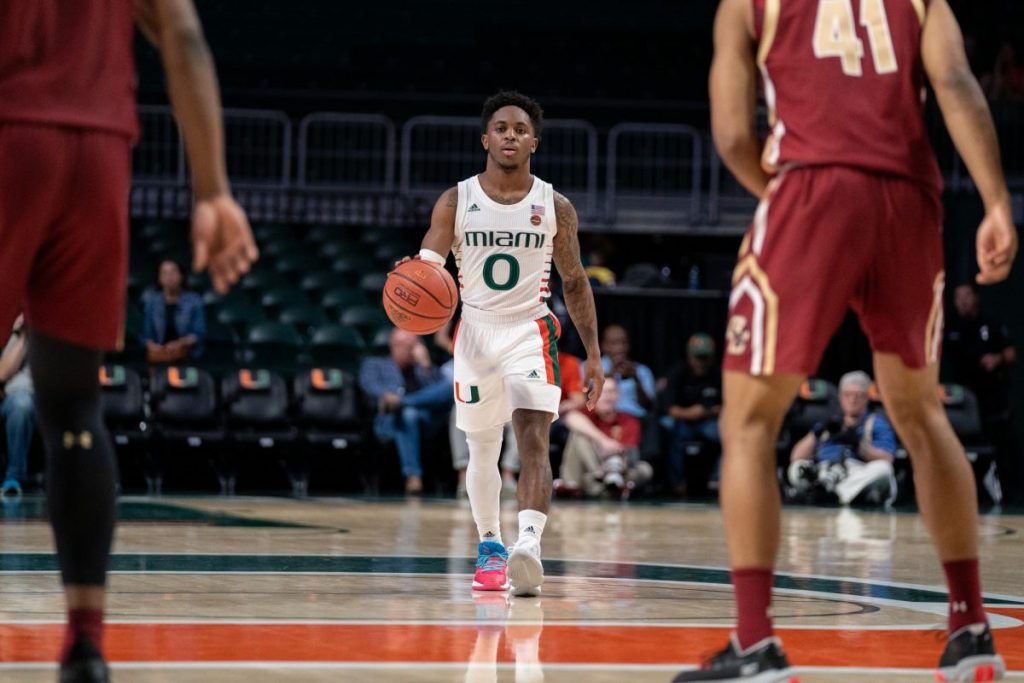 Junior guard Chris Lykes brings the ball down the court during Miami's game versus Boston College in the Watsco Center on Feb. 12, 2020. Photo credit: Jared Lennon

On Wednesday, Lykes was named to the Preseason All-ACC First-Team, projecting him as one of the top five players in the conference. Lykes finished with 50 votes, tied with Clemson’s Aamir Sims. North Carolina’s Garrison Brooks, the Preseason ACC Player of the Year, Duke’s Jalen Johnson, Florida State’s Scottie Barnes and Virginia’s Sam Hauser rounded out the First-Team projections.

The senior is only the third Miami player to be selected to the Preseason All-ACC First Team, with Jack McClinton (2008-09) and Malcolm Grant (2011-12) the only other two Hurricanes to garner such honors.

Lykes is the first player to earn two-time Preseason All-ACC accolades, as he was elected to the second team last year. The 5-foot-7 inch guard averaged 15.4 points last season on 43.5 percent shooting from the field. He is the third-leading returning scorer in the conference, behind Brooks and Georgia Tech’s Michael Devoe.

The men’s basketball team also announced this week the season-opening game against Stetson originally scheduled for Nov. 25 at the Watsco Center has been postponed due to a positive Covid-19 test within the Stetson men’s basketball program.