Home » The Godfather and the King: Pat Riley and Lebron James

The Godfather and the King: Pat Riley and Lebron James 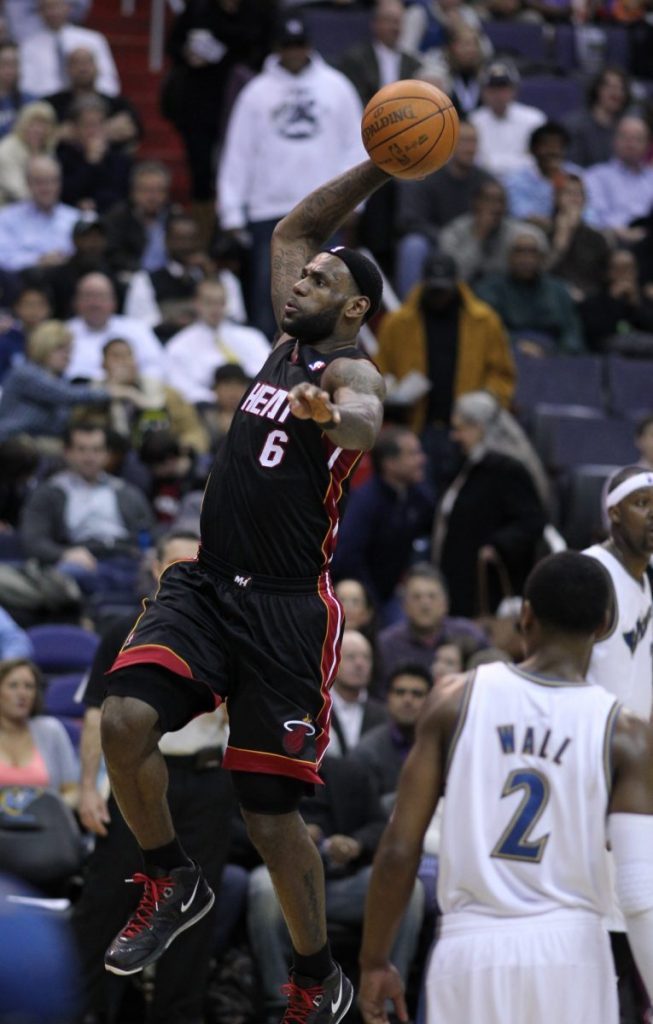 When the Boston Celtics and Miami Heat met in the 2020 Eastern Conference Finals, both teams were vying for their spot in NBA history. A Celtics victory meant that the greatest rivalry in sports, Lakers vs. Celtics, was reinvigorated. It signified that Celtics general manager Danny Ainge’s master plan had succeeded and that the Boston Celtics had established themselves as legitimate contenders. A Heat victory represented an underdog story, one where a fifth seed with 75-1 odds to win the title before the season’s inception punched its ticket to the NBA Finals. It spelled out a storybook ending: two of the most iconic franchises in the NBA were left to duke it out in the Orlando bubble, and the Godfather of basketball and his long lost mentee met once again.

The road to the 2020 NBA Finals began in a Las Vegas hotel room in the summer of 2014. After the San Antonio Spurs destroyed the Miami Heat in the 2014 NBA Finals, Heat superstar LeBron James was a free agent. Pat Riley, the Heat’s president of basketball operations, traveled to Las Vegas to convince LeBron to re-sign with the Heat. With him, he brought the two NBA championship trophies LeBron helped him win in ‘12 and ‘13. By the time Riley walked into the room, he realized LeBron only granted the meeting as a courtesy. The Heat executive felt the meeting was going so poorly that he called his people downstairs and told them to hold the Larry O’Brien trophies on the luggage cart. Riley was incredibly frustrated; there was nothing he could say in that room to persuade LeBron to stay in Miami. LeBron made Riley travel across the country just to make this futile, unavailing attempt to re-sign him. Riley was livid. To say this was foreign territory for Riley would be an understatement because he always called the shots.

Now, that all changed. He caved to the will of another man, the only man to ever dupe Pat Riley: LeBron Raymone James Sr.

At all of his stops, Riley was always in control and did things his way. Despite his hardheadedness, Riley’s way works, and he is the consummate winner with nine rings to his name. The first came during his playing days. He was a member of the ‘72 Lakers and a teammate of the NBA logo, Jerry West. His second title came when he was an assistant coach on the ‘80 Lakers. Throughout the ‘80s, Riley became an icon in the NBA by guiding Magic Johnson, Kareem Abdul-Jabbar, and the Showtime Lakers to four titles in the city of angels. In 1990, Riley stepped down from his role with the Lakers, and just a year later, he was named the head coach of the New York Knicks.

Throughout the early-to-mid ‘90s, Riley’s Knicks were tough, resilient, and competitive, but they never won any hardware. Riley wanted autonomy, control, and ownership, but he couldn’t have it in the Mecca of basketball. So in 1995, Riley disencumbered himself from a messy power struggle in New York and assumed full control of the Miami Heat. This slick move earned him the nickname “the Godfather” in NBA circles. After winning titles with the Heat in ‘06, ‘12, and ‘13, Riley cemented himself as the don of NBA basketball: a good player, an all-time great coach, and a certifiably brilliant executive.

Pat Riley is a G. Non-casual basketball fans know it, and everybody in the NBA community knows it. Players call him the Godfather because they want to believe in his aura, his legend, and his absolute authority. In 2010, after Riley pulled off the biggest player coup in NBA history—the one that brought LeBron James and Chris Bosh to Miami—Riley and James developed something of a mentor and mentee relationship. Riley had already established himself as a luminary in NBA circles, and LeBron revered him for his basketball knowledge and winning intangibles. Riley recognized James’ supernatural talent and respected him for revitalizing the Miami Heat franchise. But in the summer of 2014, LeBron sensed that Miami’s championship window was closing and made a legacy-altering move. He, the student, reached a point where he felt comfortable leaving Riley, the mentor. James pulled off a move only paralleled by Riley’s move from New York to Miami. He saw a better opportunity in Cleveland, so he came home. He did exactly what the king of opportunism, Pat Riley, would’ve done.

Riley and James, two of the greatest figures in the history of basketball, didn’t speak for an extended period. Instead, they delivered cryptic messages to each other through the media and went about their business. Throughout the 2015-16 NBA season, LeBron kept making references to a secret motivation, a drive that was powering him to his next title. On June 19, 2016, the night the Cavaliers won the championship in Oakland, James revealed that somebody in Miami—presumably Riley—told him he was making the biggest mistake of his career by leaving the Heat. Of course, the 2016 title was hardly James’ last accomplishment. LeBron continued to pull off power move after power move, all of which led him and All-NBA forward Anthony Davis to the Staples Center in Los Angeles, California. Fast forward a season, and the man that out-maneuvered the Godfather won his fourth NBA title, toppling his former coach, his former team, and his former mentor.

LeBron describes his tenure in Miami as his college experience, and most basketball analysts tend to agree. On and off the basketball court, those years he spent in South Beach seem to be the formative years of LeBron’s career. In my opinion, the ‘13 Miami Heat are still the most dominant two-way team of the 21st century, and the version of LeBron we watched that year was him at his absolute peak. Riley’s genius unlocked that final gear.

In Miami, LeBron learned how to build an empire. By watching Pat Riley, LeBron learned how to consolidate and leverage power. LeBron and Riley worked as a duo, but ultimately, they’re one and the same. The Godfather and The King are both relentless chasers of legacy, forever inextricably linked by their decisive, sharp ruthlessness in their respective pursuits of greatness.

In the 2020 NBA Finals, LeBron overpowered Riley yet again and was regally vindicated. 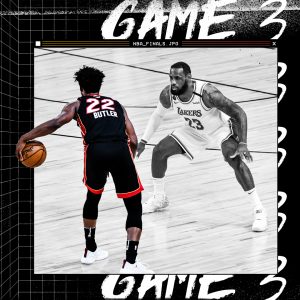