Home » Covid-19 could create college basketball season unlike any before

Covid-19 could create college basketball season unlike any before 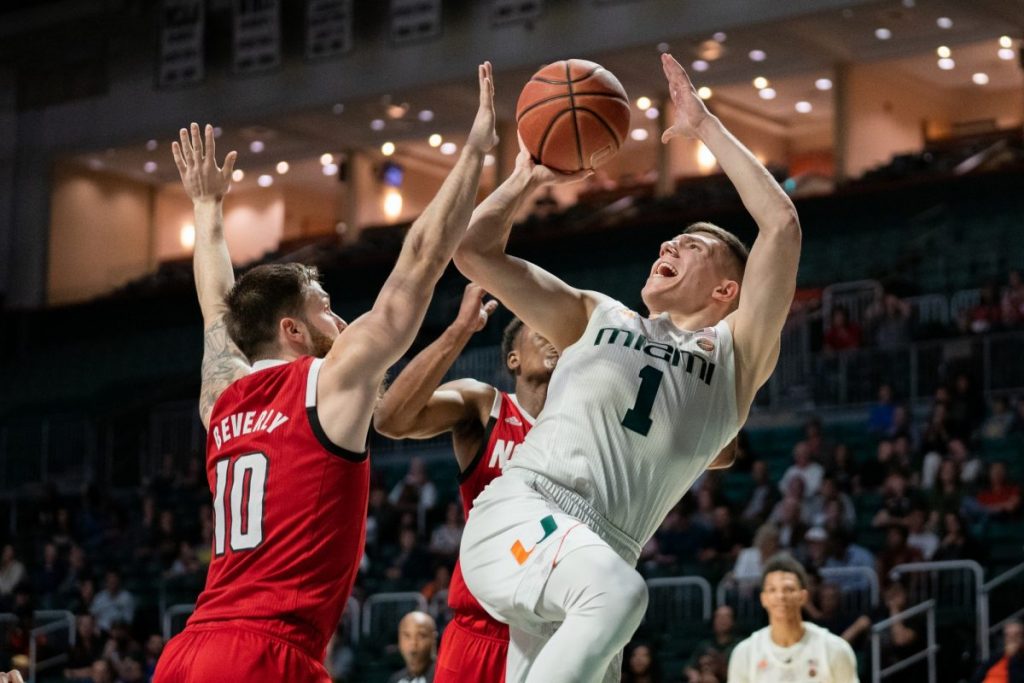 Covid-19 could create a college basketball season pretty different than what we’re used to.

A season with a significantly reduced non-conference schedule seems inevitable at this point. We’re not going to get Duke vs. Michigan State or Kansas vs. Kentucky in the regular season. It’s unfortunate. This will, however, make the conference rankings a little more fun.

How conferences can declare winners, however, might look different.

Conference tournaments already mean less to these bigger schools. Although players take winning a conference championship seriously, the winners of these tournaments are more concerned with winning the National Championship in April. Even the teams in these conferences who don’t win are way more likely to get in to March Madness. The ones that are less likely to play this year’s tournament are the smaller conferences. For some of those teams, a conference championship is the only chance they have of making March Madness. Yes, they may end up just looking at regular season records to determine the winner. However, it’d be a shame to see a good team with a slow start never have a chance to make run at winning the conference, because no end of season tournament gets to be played.

The big question is what happens to March Madness. I’m excited to see potential changes be made to the tournament this year. It’ll give the NCAA the opportunity to play with some different stuff that they could maybe keep. It sounds like there’s definitely a chance they shrink the tournament this year. It could go from 64 to 32 teams. I’ve heard the idea of 16 team tournament brought up, but that seems like a last resort. 32 teams though, seems likely.

Obviously, it’d be sad that we lose what is usually the first round of the tournament with 64 teams. Less teams could impact whether or not they give automatic bids to conference champions. The smaller conferences will push to keep the automatic bids. Otherwise, they risk not having any of their teams in March Madness. The bigger conferences are going to push hard the other way.

The big conferences, with definitively better teams, want to see as many of their teams make it as possible. With a smaller field, if automatic bids stay, there will be a lot less room for a mid-ranking team from the ACC or Big 12, who are likely better than a team who wins the Atlantic Sun or Mountain West conferences.

Ending automatic bids for conference champions is probably the fair thing to do in a 32-team tournament, but we’d lose a lot of those big upsets that make March Madness so memorable. They could end automatic bids but add a few play-in games for winners of the smaller conferences who don’t get a bid from the committee, but that probably goes against the whole point of having a smaller tournament.

I imagine the NCAA will try to keep the Power 5 conferences happy with this decision.

The bigger basketball schools have become increasingly frustrated with NCAA during the past few years. Many successful basketball programs are having their playoff chances revoked and their players and coaches penalized for secret payments to convince top recruits to play for their school. Although these players are the ones making the money for the schools, and definitely deserve to be paid, NCAA rules are clear that any payments to players are illegal. The problem is, it feels like every school is doing it, and only a handful are getting punished.

This is going on while an increasing number of high school basketball stars have decided to skip college basketball all together to go play professionally, where they don’t have to worry about keeping their money a secret. Schools are losing money when these young standouts don’t ever play in college.

That’s why rumors have come up about the Power 5 schools potentially breaking away from the NCAA. They could get their own television deals and even begin paying players legally.

I don’t think the conferences want to do this, but I think they would if the NCAA doesn’t start making decisions that help them out. Favoring big conferences for this year’s altered tournament seems like an easy way to keep those schools happy.

‘I just had to step up.’ Mike Harley answers the call at receiver with career day
Manny Diaz says players 100 percent registered to vote, and update on Covid-19 positive tests on team