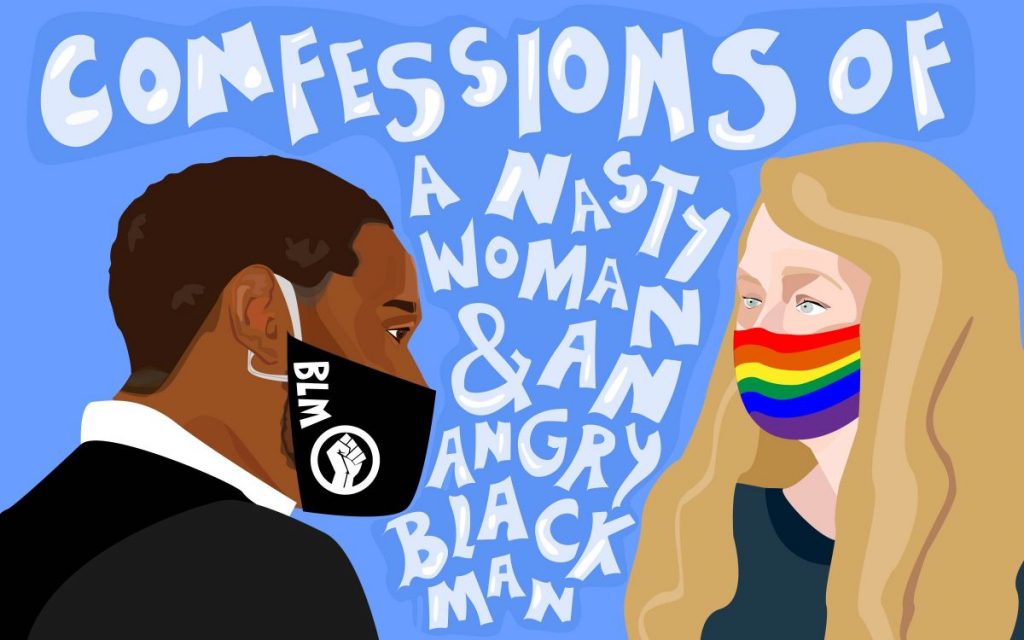 Landon: There are no words in existence that can overstate the moment for which we have reached— a moment where the values of the occupant of the highest office in our land blatantly necessitate the subjugation of marginalized communities across our country. The great poet Maya Angelou once spoke that when someone shows you who they are, believe them the first time. From appointing more than 200 judges where more than eight in 10 judges are white and male to receiving the endorsements of the Proud Boys and a former leader of the Ku Klux Klan, the White House occupant has shown us who he is.

Kinnon: The moment we are in is both historic and frightening for many Americans, especially for those of us who are not white men. We are in the middle of an ongoing presidential election, a deadly pandemic that has killed more than 220,000 Americans, and an economic collapse while having a president who has refused to commit to a peaceful transfer of power. Millions have already voted. Millions are suffering. We are a nation in pain. Yet, the Senate Judiciary Committee has pressed onward to hold hearings to confirm Amy Coney Barrett, a circuit judge on the U.S. Court of Appeals for the Seventh Circuit, to the U.S. Supreme Court. Barrett is the first Supreme Court nominee in our history to have been considered after July 1 of an election year. Clearly, the GOP is in a rush to, again, put millions of American lives at stake. The question is, why now?

Landon: To find the answer, let’s examine the last four years of this administration. The frequent barrage of attacks on the rights of marginalized communities can impair one’s ability to remember them all. From a suspension on immigration from seven Muslim majority countries, the barring of most transgender people from serving in the military and withdrawing from the Paris Agreement to baseless, birther attacks on the nation’s first Black president and the failed containment of a nationwide pandemic disproportionately affecting Black communities, we have seen the character and ineptitude of this administration. Even worse, we have complacent, hypocritical elected officials jamming a Supreme Court nominee through in the Senate.

Kinnon: There is too much at stake here. The Affordable Care Act. The possibility of a disputed election. Marriage equality. My right to determine my own future. On Nov. 10, just one week after election day, the Supreme Court will hear California v. Texas, yet another attempt to overturn the ACA. If repealed, 20 million Americans will lose their health coverage, and 100 million people will lose their protections for preexisting conditions, including Covid-19. As a coronavirus stimulus bill sits on Senate Majority Leader Mitch McConnell’s desk, the GOP attempts to take away vital healthcare coverage by exploiting the Supreme Court. It’s clear that they are more committed to the confirmation of Barrett than they are to the millions of Americans suffering in this pandemic.

Landon: A self-described “originalist” Supreme Court nominee whose jurisprudential beliefs reject the notions of systematic racism are only compounded by the vice president of the United States, who also expressly rejected the idea that the United States is systemically racist. From the capital of this country to the fields of the South, Black people built this country. To be remotely patriotic is to be infatuated with the labor and product of the Black people whose names we may never know. To witness a president proclaim his imaginary accomplishments for the Black community and a vice president’s rejection of the sins of systemic oppression while debating the first Black woman to grace the vice presidential debate stage is to rub salt in the wounds of every Black person and person of color in this country. To be an individual of any marginalized community in this country supporting this administration is akin to a tree supporting deforestation.

Kinnon: Perhaps the most interesting part of last week’s hearings were Senate Republicans’ attempts to reconcile the failures of President Donald Trump and divert the attention from the GOP’s deteriorating relationship with the American people. In the face of a presidential election, the Republican Party’s greatest talking point has been the Democrats’ so called mission to pack the courts. Let’s be clear— neither former Vice President Joe Biden nor Democratic Sen. Kamala Harris have made any statement in support of expanding the Supreme Court beyond its current size.

Second, Republicans argued that Democrats actively chose to discriminate against Barrett given her faith. I do not criticize this confirmation due to her Catholic faith. I criticize this confirmation because it is a rushed political attempt by Republicans to overturn the ACA and subsequently unwind years of equalizing court cases. In fact, I believe that religious discrimination in this nation is absolutely abhorrent. And it is Trump, who spends his Sundays on a golf course, who has an undeniable history of religious discrimination. I was appalled when he accused Biden, a practicing Catholic, of being “against God,” “against the Bible” and “essentially against religion.” I am equally appalled at any anti-Catholic attacks that have been levied against Barrett. However, I can’t help but wonder, how would Republicans react if Barrett’s strong religious beliefs were Muslim rather than Catholic? What if she wore a hijab? I’m sure we can all imagine, although, I would rather not think about it.

Landon: Our current discourse has descended beneath the traditional debate of policies and political identifications. We are now in a moment where we are facing questions of morality— right or wrong. And white men, such as the current White House occupant, should never dismiss nor lecture us on the experiences of marginalized people in this country.

Kinnon: When the Constitution came into effect in 1789, Barrett and I would both be unable to vote while Landon would be considered three-fifths of a person. The word woman isn’t even in the document. Our framers were slave owners. Our nation was created for white men. In confirming Barrett, we risk being sent back to a time when women did not have the ability to determine our own future. Is this really what our nation is? A nation built on the backs of Black Americans, a nation created by white male slave owners, a nation where women did not have the right to vote? I sure hope not. There’s too much at stake here. The president may have access to world-class healthcare, but most Americans don’t. Less than two weeks before an election, in the midst of a deadly pandemic, Americans want a stimulus, not a repeal of the ACA or Roe v Wade.

Florida manatees are in danger, again

The Holocaust and freedom of speech at UM

Is this the end for standardized testing in Florida?