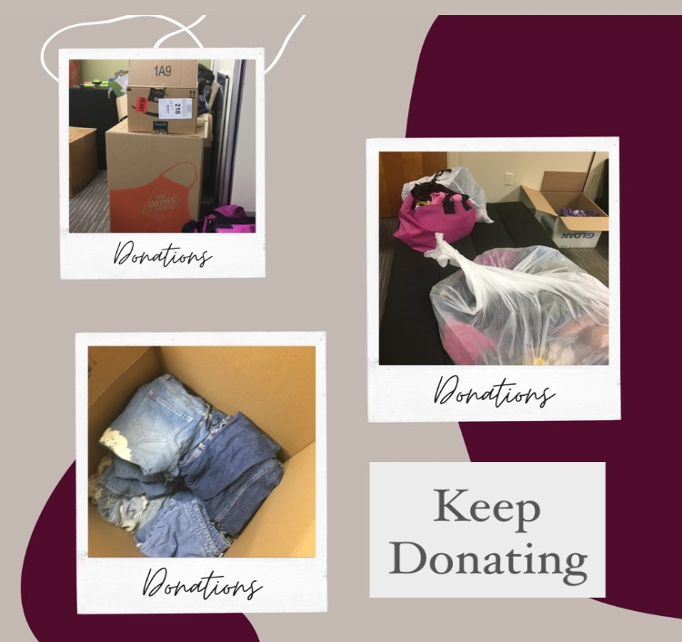 In selecting the chapter’s yearly philanthropy, Lambda Theta Alpha chose the Lake Worth center out of 10 nonprofit organizations they researched. Clothes were collected on campus in la variety of locations, including the residential colleges, Multicultural Student Affairs, and the Farmers Market last month.

“It was something that I was very passionate about, and I brought it to my chapter,” said Jarelis Cabrera, who is charge of the sorority’s chapter recruitment and retention. She said she wanted to do something related to detained children. “That’s been something that’s been very prominent, especially this year now more than ever,” Cabrera said.

The Lake Worth center is a nonprofit organization managed by the U.S. Committee for Refugees and Immigrants. The center shelters immigrant girls.

“Collaboration is a really great way to not only get to know people but also, if that’s your strength, why not all of us build together to make it even better,” said Cabrera.

In the times of the pandemic, protocols were taken when collecting the clothes, Cabrera said. Donated clothes were left within their boxes for nine days to decrease the chance of COVID-19. And the clothes were washed prior to donation.

Thrift ‘N Gift collected 10 boxes filled with more than 100 articles of clothing, accessories, shoes and bags for children between the ages of 13 and 17. The sorority members drove two hours to the Lake Worth center to deliver the donations.

“Amazing to see people donating just a bunch of clothes that they didn’t want, and they wanted to give it to a cause, which was kind of nice to see, especially with everything that’s been going on this year,” Cabrera said.