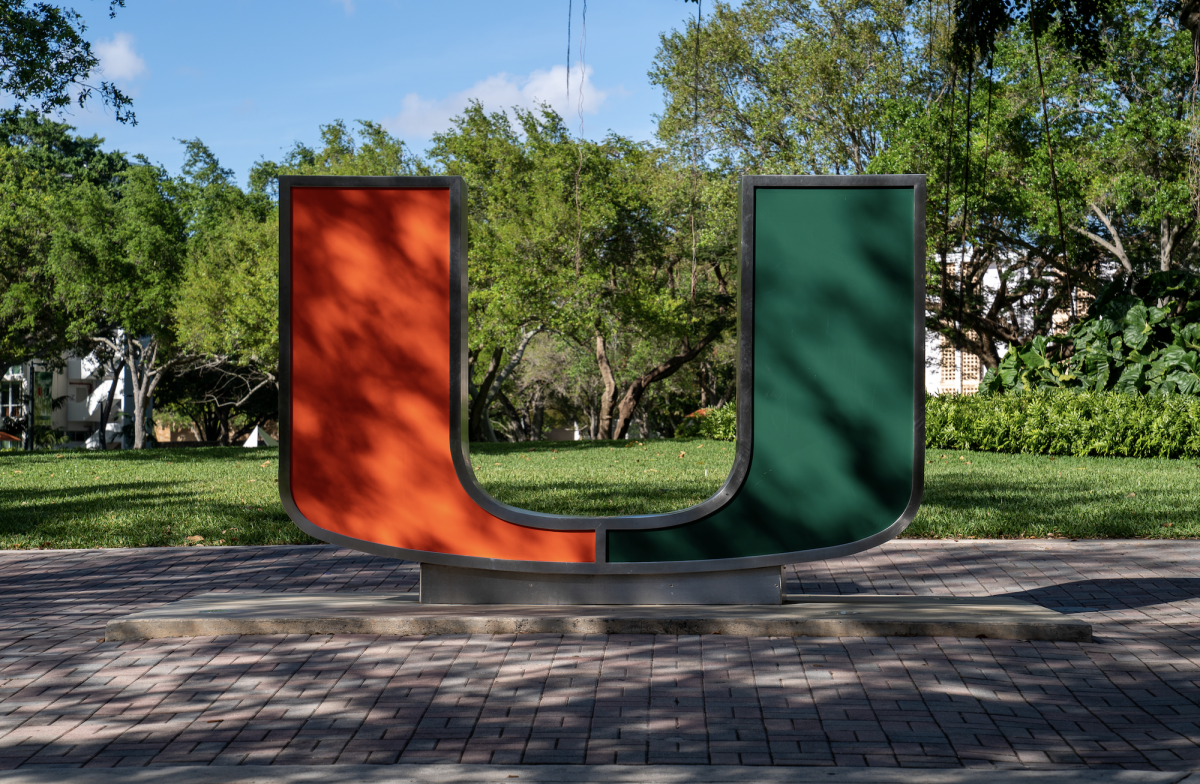 In the latest issue of U.S News and World Report’s “Best Colleges” rankings, the University of Miami ranked no. 49, marking the first time since 2017 that UM has crossed the top-50 threshold. Sharing the rank with Lehigh University, Northeastern University and Pepperdine University, UM moved up eight spots from its 2019 rank. The ranking increase comes after a three-year negative trend for UM in the rankings.

“When you think about the thousands of universities in which students go to after high school, to be in the top 50, even the top 100 for that matter, is really rarified air,” said Jeffrey Duerk, executive vice president for academic affairs and provost at UM. “It exemplifies the remarkable achievement of a university that is 95, 96 years old to go from nothing to a reputable institution.”

Every year, U.S News and World Report utilizes an algorithm that considers various aspects of a university’s success to determine how and where colleges should be placed on the annual rankings. The algorithm includes several primary categories that are divided into subcategories, and they each hold their own weight in the determination of a college’s overall rank.

The “Outcomes” category—which encompasses student social mobility, graduation retention rates and graduation rate performance —occupies 35 percent of the weight allocated to these rankings, and it is an area in which UM has seen steady improvement.

“There’s many parameters where we improved, and one of the ones that I think is really fundamentally important to a university is the retention and graduation of students. It is what we do. We recruit you here with the promise of changing your life and giving you a great education,” Duerk said.

Under the “Faculty Resources” category, weighed at 20 percent, UM improved in a number of ways between 2019 and 2020. The university saw its percentage of faculty with terminal degrees increase from 86 to 91 percent, and the percentage of classes with under 20 students went up from 50 to 51 percent—which positively impacts UM’s student-faculty ratio.

Weighed identically to “Faculty Resources” is “Expert Opinion,” the only category on U.S. News and World Report’s algorithm that is driven by subjective feedback from other institutions rather than empirical data on a college. The feedback is generated from a survey created by U.S. News and World Report that is then sent to 200 colleges and universities around the country. This survey, completed by each institution’s top faculty members, allows colleges to rank peer institutions on a scale from zero to five, and the average of these scores is then considered in the colleges’ ranks.

“One of the reasons why it has been great to see President Frenk so visible during this coronavirus issue is that he is recognized not only as a public health official, but also as the president of the University of Miami. Because we are doing so well, this can be something that is very important for us,” Duerk said.

Throughout the pandemic, a lot of attention was drawn to UM, particularly at the close of the summer, as the university, led by prominent public health expert President Julio Frenk, forged ahead with its reopening plan while Miami remained a Covid hotspot. Frenk previously served as the Minister of Health of Mexico, an executive director at the World Health Organization and most recently as the dean of the Harvard T.H. Chan School of Public Health, a position he held until he came to UM in 2015.

According to Duerk, the 10 percent increase in UM’s peer ranking over the last several years can be attributed to the university’s commitment to be a leader not only for its own students, but to other institutions around the country.

“Student Selectivity and Excellence” considers the academic profiles of a college’s incoming freshman class through their SAT and ACT scores and their high school standing. As universities continue to view incoming applications from a holistic perspective that extends beyond the realm of academics and standardized testing, this category has gradually decreased in weight on U.S. News and World Report’s algorithm. Between 2019 and 2020, its weight decreased from 10 percent to seven percent, but UM’s growth in this parameter heavily contributed to their boost in the rankings.

In the Hurricanes’ Class of 2024, 59 percent of incoming students were in the top 10 percent of their senior class during high school, which is a four percent jump from the Class of 2023.

While the “Financial Resources” and “Alumni Giving” occupied 13 percent of the weight in the algorithm combined, a category that held significant influence, despite its 5 percent weight, was “Graduate Indebtedness.” This category, which made its first appearance in the latest issue of U.S. News and World Report’s rankings, was created out of the aforementioned three percent that was deducted from “Student Selectivity and Excellence” and two percent that was taken from “Alumni Giving”.

With the university’s 2019 decision to commit to meeting 100 percent of its students’ demonstrated financial need, UM hopes to not only advance their position in the top 50, but to facilitate an easier road for its students to pursue and obtain a college degree.

“It’s a goal of the university, dating back to the president’s inauguration, to get to the point where we are meeting 100 percent of demonstrated financial need for all of our students,” Duerk said. “We are not there yet, but that’s where we would like to be in the future. It’s not about just recruiting the best and the brightest, it’s about retaining them at the faculty, staff and student level.”

As part of UM’s “Roadmap to Our New Century,” the university leadership seek to establish the institution as a hemispheric, excellent, relevant and exemplary university as its centennial approaches in 2025, which will be reflected in higher rankings, Duerk said.

“If you look at our roadmap to our next century, faculty scholarship includes artistic and creative endeavors, it involves the arts and humanities and it includes STEM as well,” Duerk said. “Big initiatives like the Frost Institute for Chemistry and Molecular Science, the new recruitment of a dean of engineering, investment in the University of Miami Center for Global Black Studies, continued investment in the Center for the Humanities—it’s using those investments to accelerate ourselves and become better at what we do.”

Amongst its Florida peers, UM ranks no. 2, behind University of Florida who is ranked no. 30. At 58, Florida State University is the only other college in Florida ranked in the top 100.