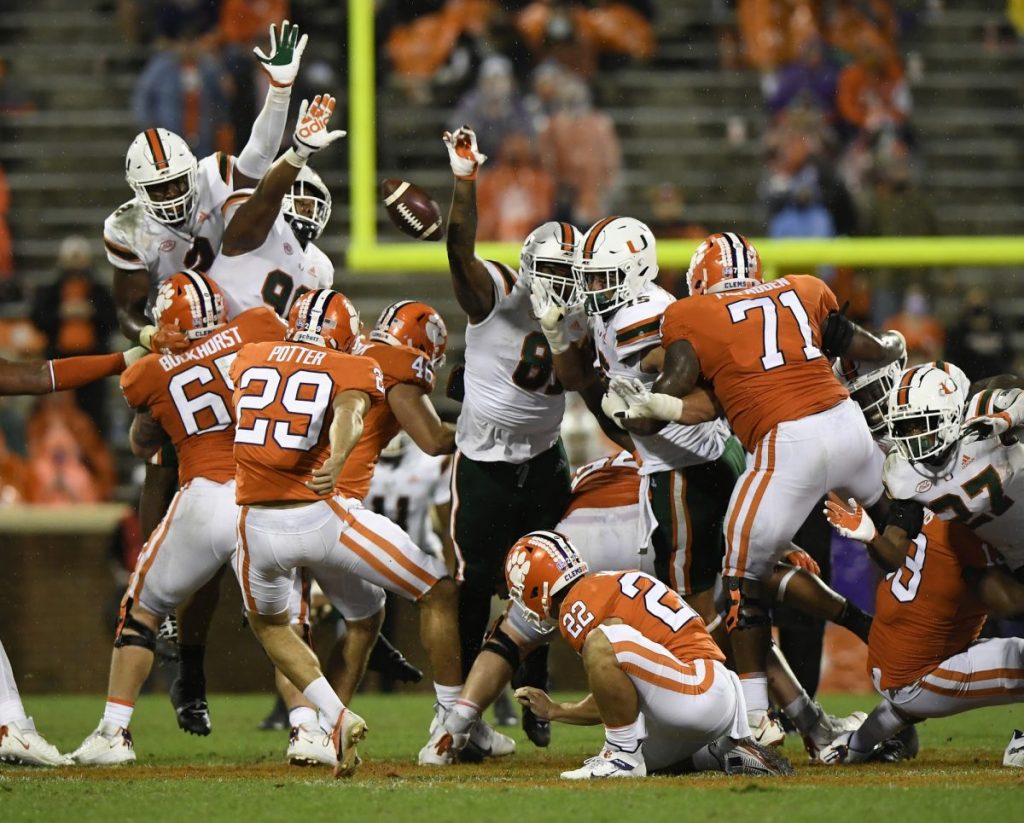 There are no two teams in college football that need a win this weekend more than Pittsburgh and Miami.

Unfortunately for both programs, the Panthers and Hurricanes will face off against each other at noon on Saturday at Hard Rock Stadium, where 13,000 fans and UM cheerleaders and band will be allowed, but still not students.

Pitt is coming off a 31-30 overtime loss at Boston College where kicker Alex Kessman missed a game-tying extra point in the overtime period. The week before that, Pitt lost 29-30 at home against NC State.

Miami, of course, is trying to rebound from a 41-17 loss at No. 1 ranked Clemson, the Canes first loss of the season. Since 2015, ACC teams are just 8-21 the week after playing Clemson.

The Canes are currently a 13.5 favorite to win, but Pitt presents a tough challenge for Miami because of how strong the Panthers defense is. They are ranked third in FBS in sacks per game (6) and fourth in tackles for loss per game (10.4).

Miami’s offensive line was completely dominated by Clemson’s defensive front. The Tigers stacked the box and forced Miami to beat them one-on-one on the outside with Miami’s receivers, who did not perform well. Don’t be surprised to see the Panthers using a similar defensive scheme as the Tigers.

Injuries could play a factor in the game. Miami starting tight end Brevin Jordan is questionable for the game with a shoulder injury that he sustained in the Clemson game. Pitt’s starting quarterback Kenny Pickett is not 100 percent healthy, according to Pitt head coach Pat Narduzzi. Pickett injured his ankle against Boston College but Miami head coach Manny Diaz expects Pickett to play. Pitt has not named a backup quarterback this season.

Pickett is in his third year as Pitt’s starting quarterback and is undoubtedly one of the top 20 quarterbacks in college football this year. At 6’2, 220 pounds, Pickett has a strong arm and the ability to beat teams through the air. Pickett was Pitt’s quarterback when the Panthers upset then No. 2 ranked Miami in the 2017 season finale.

Meanwhile, UM quarterback D’Eriq King had a lot to think about this past week after he threw his first two interceptions and went 12 for 28 passing against Clemson. King was a harsh critique of his own performance and acknowledged that he needs to continue to keep taking shots down the field.

The game will be televised on the ACC Network, which means more than 80 percent of households in South Florida who use Comcast will not be able to watch the game. The 12 p.m. start time is Miami’s first day game this season.