Miami in the NFL: Week 5 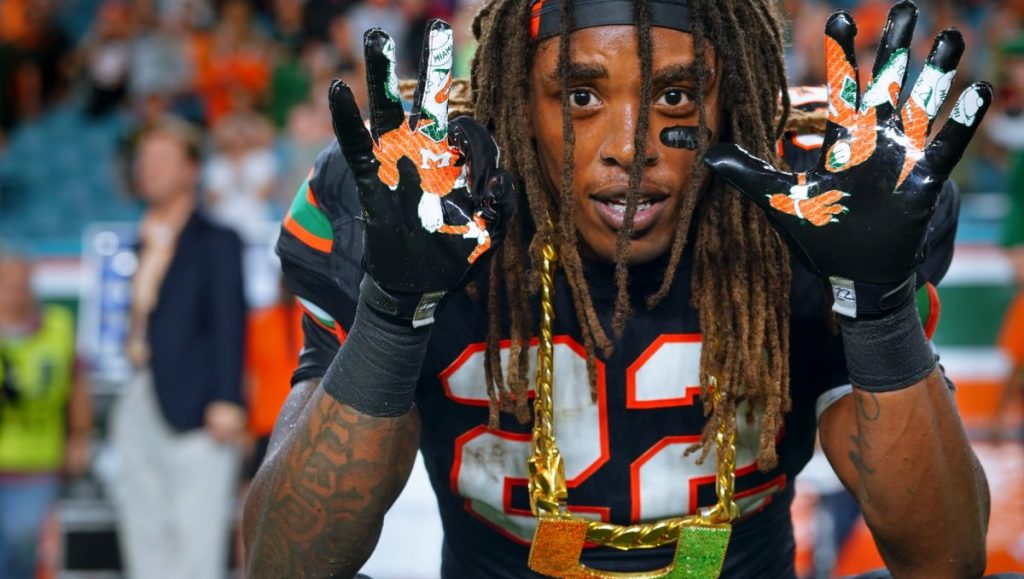 Former Cane and current Cleveland Browns safety Sheldrick Redwine throws up the 305 while wearing the turnover chain during Miami’s game versus Virginia Tech at Hard Rock Stadium on Nov. 4, 2017. Redwine had his first NFL interception on Tuesday night during the Browns game against the Indianapolis Colts. Photo credit: File Photo/Hunter Crenian

For the first time in a decade, the National Football League held a game on a Tuesday night. The Tennessee Titans and the Buffalo Bills played in a COVID-delayed matchup that put a cap on Week 5, one marked by more standout rookie performances and an unfortunate plethora of injuries.

In one of Sunday’s more entertaining games, the Cleveland Browns moved to 4-1 at home with a 32-23 win over the Indianapolis Colts in a battle between two AFC contenders.

Largely sealing the win for the Browns was a fourth quarter interception of Phillip Rivers by safety Sheldrick Redwine, his first professional interception. Redwine also had a tackle assist in the victory and defensive end Olivier Vernon had a solo tackle. On offense, tight end David Njoku caught a six-yard pass. And on the other side of the field, Colts defensive end Al-Quadin Muhammad made three total tackles, one of which was a sack on Baker Mayfield.

The Jets are off to a disappointing 0-5 start after dropping a 30-10 result at home to the Arizona Cardinals. However, three former Canes are continuing to leave their mark in New York week in and week out. The ageless Frank Gore rushed for 30 yards on carries, and Chris Herndon caught two passes for 24 yards. In addition, longtime UM fan favorite Braxton Berrios recorded a 13-yard rush while returning a kick and a punt for a combined 22 yards.

The Jets crosstown rival New York Giants also fell to 0-5 with a 37-34 loss at Dallas, even with safety Adrian Colbert making eight total tackles for the New York Giants, including one tackle for loss.

In a come from behind 27-26 win for the Seattle Seahawks at home against the Vikings, running back Travis Homer had three carries for 14 yards and Greg Olsen had a 20-yard catch.

Chicago Bears punter Pat O’Donnell was a weapon in a 20-19 Thursday Night Football win over Tampa Bay, punting five times for an average of 45.6 yards per kick, and pinning Tom Brady inside his 20 yard line three times.

On the flip side on special teams, kicker Michael Badgley struggled in a loss for the Los Angeles Chargers at New Orleans. Missing both an extra point and a potential game-winning field goal, the New Orleans Saints prevailed 30-27 in overtime. Safety Rayshawn Jenkins has nine tackles in the Superdome, while linebacker Denzel Perryman added one.

Running back Duke Johnson had three carries for eight yards in a 30-14 win for his Houston Texans—their first of the year—at home against the Jacksonville Jaguars. 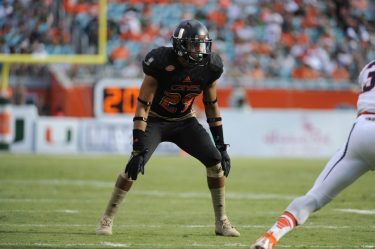