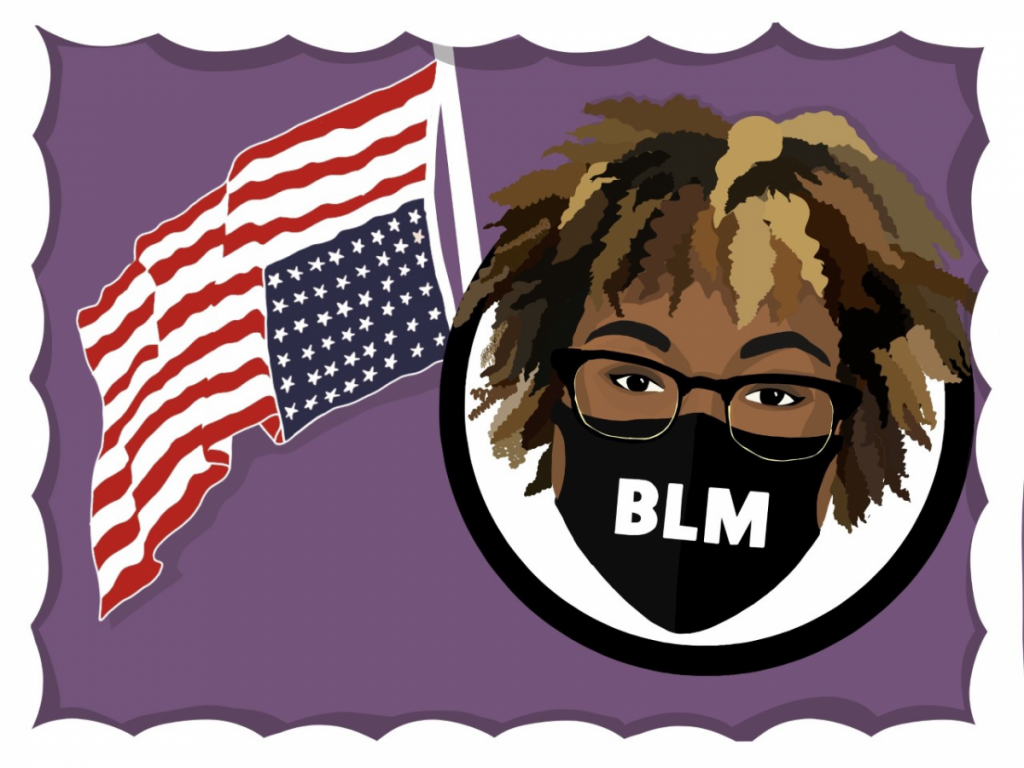 Upon reading the “right-of-center” take on the vice presidential debate, I had some thoughts. It is about time we talk about the debates with some truth and clarity.

To briefly summarize the presidential debate, it was disgraceful and embarrassing. Regardless of party affiliation, it seems to me impossible for any American to watch the first debate with pride. The behavior of President Donald Trump was among the worst I have seen and that is saying something. And yes, former Vice President Joe Biden did refer to Trump as a “clown” and told him to “shut-up.” It is completely possible to call out both candidates without dismissing the behavior of whom we support.

To ignore the numerous times Trump interrupted Biden and started a separate debate with the moderator is irrational, along with justifying the attack against Biden’s family, which has no place on the debate stage. We do seem to agree though that the debate did little to inform the audience on the respective platforms or provide a thoughtful dialogue. So, for sure no one “won” the debate, but the American people definitely lost that one.

As for the vice presidential debate, it started with the issue of the pandemic— an issue that shouldn’t be political but to no surprise, seemingly is. Democratic Sen. Kamala Harris articulated the need for the White House to act in accordance with public health officials, emphasizing safe practices like mask-wearing, social-distancing and contact tracing. Vice President Mike Pence responded with claims of plagiarism. I would inquire if the vice president knows what plagiarism is. Then again, plagiarism is not an unfamiliar concept in the Trump administration— let us not forget the Melania Trump plagiarism speech debacle.

As the opposing article cites, Harris referred to Trump’s handling of the pandemic as “the greatest failure of any presidential administration in history.” While this may be hyperbole, the sentiment of this statement should not be lost based on semantics. As of Oct. 10, more than 214,000 people have died from the coronavirus in the United States alone. The claim that the Trump administration has been consistent and at all times in accordance with global health officials is a bold one, not backed by fact. The heavily scrutinized Rose Garden event, at which many in attendance have since tested positive for Covid-19, is proof enough for me (a topic which was dodged by Vice President Pence). The blatant disregard for safety measures and mocking of those that wish to follow them is a huge middle finger to the thousands of Americans who have risked and lost their lives fighting this virus.

On the issue of taxes, Harris explained Biden’s plan to repeal changes that were made in the 2017 Tax Cuts and Jobs Act. The law permanently cut corporate tax rates and temporarily cut individual tax rates. According to the Washington Post and economists, by the time the individual tax rates expire in 2025, the highest earners are expected to reap the greatest benefits while the lowest earners may end up paying more. Pence attempted to give a dig to the Democrats in referencing the economic recovery post-2008. He stated it was the slowest economic recovery since the Great Depression and attempted to take full credit for the recovery we saw pre-Covid.

Here’s a little history lesson: The Great Recession, which took place between 2007-2009 was the greatest economic recession America has seen since the Great Depression. To the dismay of the right, it was a Republican president that got us in said position. Under the Obama-Biden administration, unemployment rates decreased and the economy recovered with the benefits continuing into the Trump administration. Harris attempted to explain on several occasions that the Biden tax plan proposes to increase taxes only on those making over $400,000, largely affecting the top 1 percent. As expected, Pence continued to propel the lie that Biden wants to increase taxes on all Americans. It seems the alternative facts don’t line up.

The candidates touched on a few more major issues as the evening progressed. On the matter of the environment, the candidates obviously had disagreements. In my opinion, this is again not a political issue—it’s science. Pence acknowledged that the climate is changing and then seemed to think the scientific community is lost on the cause. Honey, they aren’t. Neither candidate handled this issue very well. For the right, it was the ignorance and disregard of science for me. While for the left, it was the inconsistency, especially in regards to the Green New Deal.

It is also not lost on me that the decision to characterize “pro-choice” ideology as “pro-abortion,” as the author of the “right-of-center” article did, is a lovely propaganda tactic used to mislead public understanding. It is simple— the government has no place in a woman’s body. It fascinates me how much the right forgets the value of life when the issue of the death penalty is brought into play, but that is a whole separate issue.

With criminal justice and police brutality taking center stage this summer, it has become a polarizing point in the debates. It would be dishonest to claim the 1994 crime bill did not contribute to mass incarceration in America, which largely impacts Black and brown communities today. It is not surprising to note that at the time Republicans, including Senate majority leader Mitch McConnell, found the bill to be too “soft” on crime, which led to their opposition. It frightens me to think about the consequences “tougher” legislation would have brought. Then I remember the current administration’s “law and order” ideology spews the same “tough on crime” rhetoric of the 90s and before, upholding the implicit bias of the justice system. Oh, I forgot Pence claims implicit bias does not exist, and Trump proclaimed racial sensitivity training is racist, so I guess my point is null and void. It makes sense why the Trump administration has the support of law enforcement—they fail to hold them accountable and dismantle the deep-rooted racist structures that prevail. To all the white supremacists out there, “stand back and stand by” as your president instructed.

The opposing article boastfully claimed the Biden base is “unenthused.” I can assure you we are not. For those that place great value on optics, it may appear otherwise. We do not crowd polling sites brandishing guns or any other sort of performative display. Instead, we request ballots and vote.

Trump supporters and the Republican party have become blindly devoted to a man over rational policy and platform. Let’s face it: the Republican party has no platform past Trump. They fail to recognize flaws or hypocrisy. His supporters have selective memory and ideology, especially when it comes time to attack the left. To my fellow columnist, let us not call out racially flawed institutions when your VP claims systemic racism is a hoax. Let us not challenge the left on the pandemic response when your own president and administration continue to undermine health officials by disregarding mask and social distancing protocol. Let us not propel a false reality, devoting ourselves to a false prophet that threatens our precious American democracy.

Clearly, the fly won this debate seeing as that’s the main thing that has caught America’s attention.

Asia Chester is a sophomore majoring in biochemistry and nutritional science. She is also the outreach coordinator for United Black Students and a President’s 100 Student Ambassador.