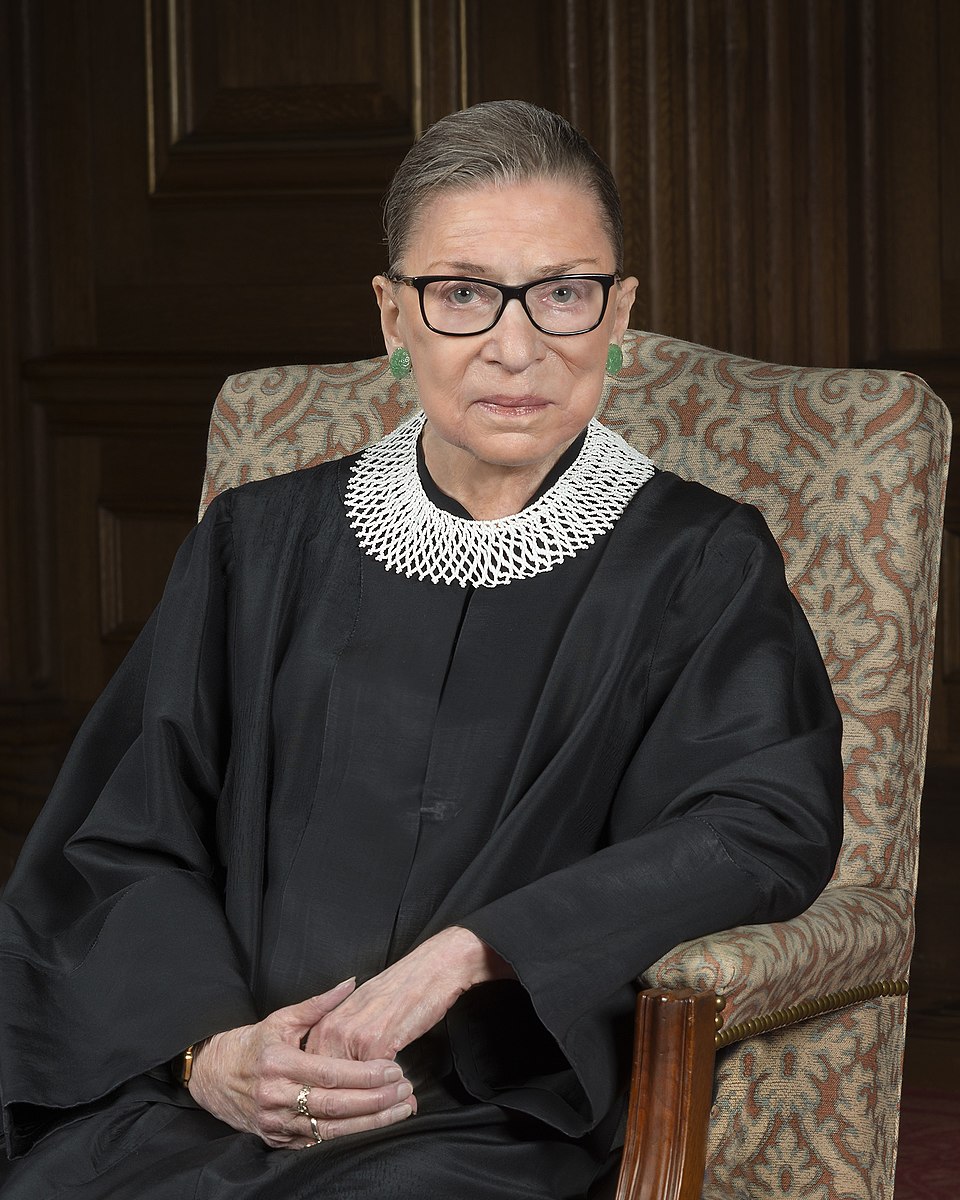 On Sept. 18, people across the United States (maybe, even globally) were shocked when news came out that U.S. Supreme Court Justice Ruth Bader Ginsburg had passed away. In 1993, RBG was appointed to serve on the court by President Bill Clinton, thus making her the second woman to be appointed (after Sandra Day O’Connor) and the first Jewish woman. This was not the first and only time that Ginsburg would be seen as a pioneer for women’s rights and a symbol of feminism. Ginsburg did not stop the fight for equality at women, but also minorities and underserved communities.

Her fight for gender equality started early on. Being one of the only women in her law classes and facing gender discrimination at work did not stop her from championing her way to the highest court in the country. In United States v. Virginia (1996), she won the majority opinion when she made it clear that gender equality is a right given by the Constitution. This led to the last remaining all-male public undergraduate college, Virginia Military Institute, to accept women.

In Olmstead v. LC (1999), Ginsburg wrote the majority opinion and wrote that the “unjustified isolation” of Lois Curtis and Elaine Wilson, two women who were held in isolation even after being cleared, “perpetuates assumptions that persons so isolated are incapable or unworthy of participating in community life.” Through this landmark case, people with mental disabilities were given the right to be a part of communities.

True to her beliefs and actions, Ginsburg was one of the justices who voted in favor to license a marriage between two people of the same sex. Obergefell v. Hodges (2015), guaranteed the right to marry as one of the liberties that are protected by The Constitution. This case was a win for the LGBTQIA+ community and allies across the states.

Ginsburg once said, “women will only have true equality when men share with them the responsibility of bringing up the next generation.” True to her words, she fought for equality her whole life. From her work with the ACLU Women’s Right Projects to her famous collars, Ginsburg was a force to be reckoned with. She paved the way for women and minorities in many important aspects and leaves behind a significant legacy.

Ligna Patidar is a sophomore majoring in political science and international studies.