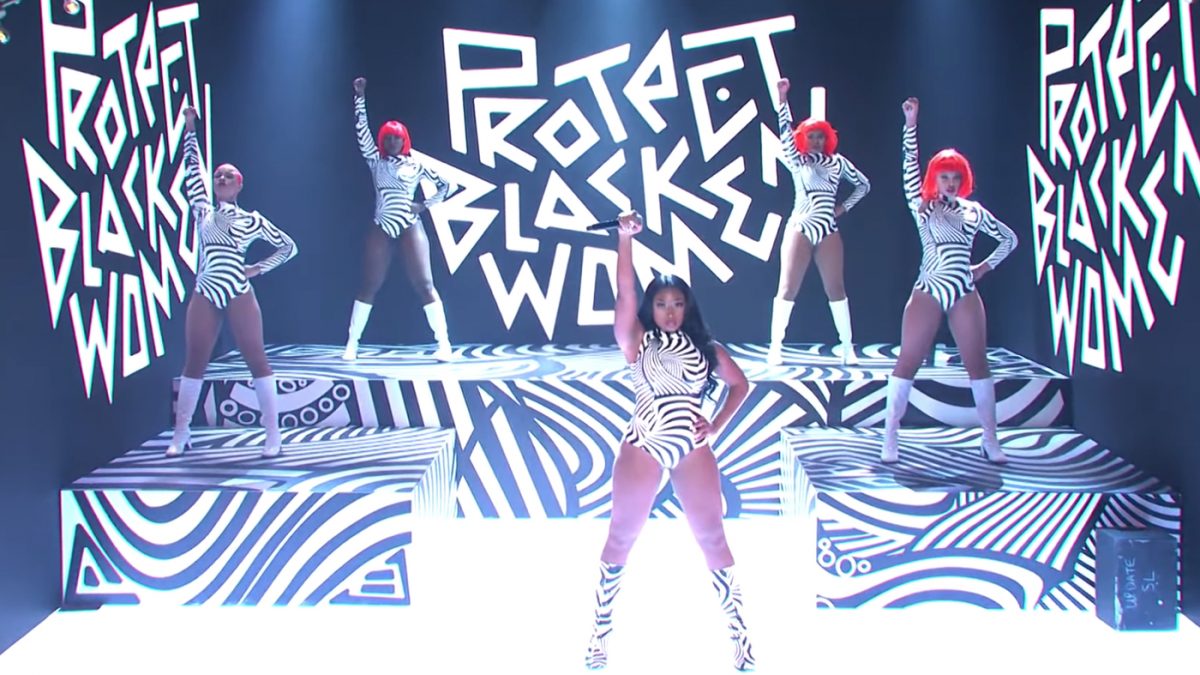 It has been a developing story since July: a rich intermix of backhanded tweets, fiery Instagram Lives and catchy diss tracks. The heated feud between trending rappers Megan Thee Stallion and Tory Lanez is nothing short of intriguing, if not deeply concerning.

Megan Thee Stallion, born Megan Jovon Ruth Pete, made headlines last summer after suffering a bloody injury in her foot, which she later confirmed was a gunshot wound. Days later, the rapper and pop culture icon took to Instagram Live to address the rumors surrounding her, the incident and the resulting injuring, during which she almost definitely incriminated peer Tory Lanez, with whom she had been with that same night.

During the Live, Thee Stallion asserted that she “suffered gunshot wounds as a result of a crime that was committed against me and done with the intention to physically harm me.” Although she did not explicitly name him at the time, Lanez was later arrested and charged with carrying a concealed weapon. And while he was ultimately released on bail, tensions persisted.

Thee Stallion returned to Instagram Live in August, this time directly implicating Lanez: “Tory shot me. You shot me, and you got your publicist and your people going to these blogs lying and sh*t. Stop lying.”

She continued, further explaining the details from the night of her injury and implying that she and Lanez had been arguing before he attacked her: “I get out the car, I’m done arguing…I’m walking away. [Lanez], from out the back seat of the car, starts shooting me. You shot me.”

Thee Stallion’s accusations against Lanez —with whom there was a rumored romance prior to the assault— brought sympathies from many high profile celebrities, including actress Halle Berry, fellow rapper 50 Cent and musician JoJo, in the form of removing Lanez from a collaboration they previously worked on, as well as a mixture of responses from the public. And, until recently, Lanez remained dubiously silent.

Addressing his Twitter followers, the rapper insinuated that he would be sharing his side of the story almost three months after the incident: “To my fans… I’m sorry for my silence… but respectfully… I got time today… 9 PM PST.”

The rapper returned to Instagram the following day to promote his new (and unexpected) album “Daystar,” which opens with a diss track titled “Money Over Fallouts.”

In it, he appears to directly address the allegations against him, rapping lyrics like, “Gotta see a couple questions: how the f*ck you get shot in your foot, don’t hit no bones or tendons? How the (expletive) your team is trying to pay me in some whole millions? I just lost like 10 million dollars because this cold business”

Lanez’ accusatory project immediately drew great criticism, with many seeing it as a way to capitalize on an alarming assault while grossly evading responsibility for it. His refusal to apologize and bold self-victimization are still subject of severe scrutiny, especially in the wake of the #SayHerName movement which highlights violence towards Black women.

Thee Stallion has yet to address Lanez’ response, aside from wearing rings that read “F*ck You,” but it is clear that this violent clash is far from over.

In fact, in an article published by Vulture magazine, Alex Spiro—The Stallion’s attorney—comments, “We have been made aware of manipulated text messages and invented email accounts that have been disseminated to the media in a calculated attempt to peddle a false narrative…A smear campaign can’t change the truth.”