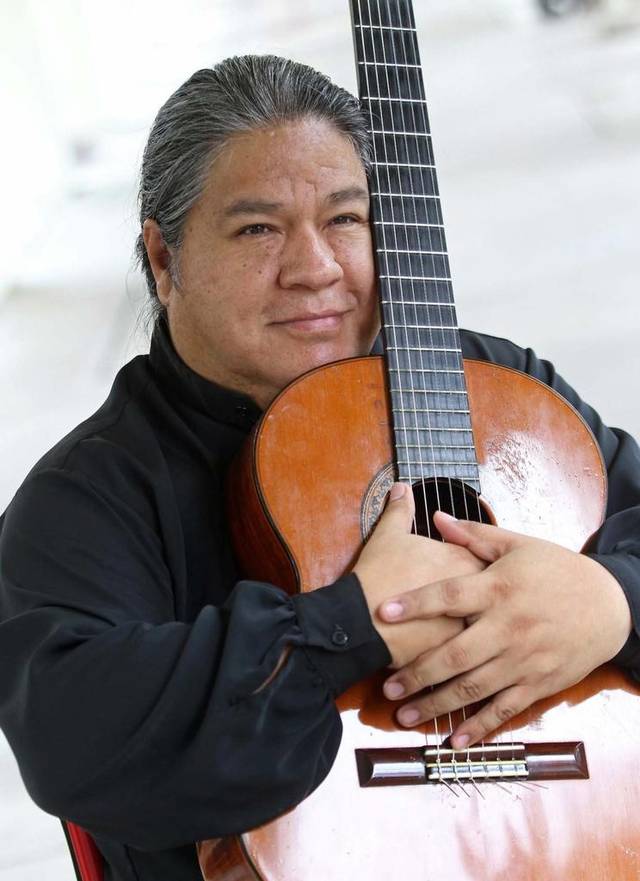 Fabian Carrera is a polio survivor and a man in love with music. Soft spoken but eager to laugh, the classical guitarist and University of Miami graduate student’s dedication to his craft is matched only by his resilience and his love for heavy metal.

“He gets into all of these shows, it seems like, and is invited because he says he ‘has the connections,’” said Brent Swanson, a professor and the program director in the department of musicology at UM’s Frost School of Music. Fabian has attended dozens of heavy metal concerts throughout his life and often finds his way backstage.

“These are very famous people he’s hanging out with… I’ll see pictures and think ‘oh wow, when I was 14 this person was god to me,’ and Fabian’s meeting all of these people,” Swanson said.

Carrera, a classical guitarist and a 2017 Florida International University graduate in social work and music, has lived a unique life to say the least. After contracting polio at 9 months old, he spent the next 4 years in an iron lung. Once he recovered enough to leave the hospital, Carrera was still left without the use of his legs. He says the obstacles he has faced helped make him who he is today.

“You know, it’s a bumpy road, but I have to keep pursuing my goals with the best intentions,” Carrera said.

“Even right now, people say ‘why bother studying music?’ But this is the only fuel and motivation and counseling that we have to move forward, to make, at least the people that surround us, happy,” he continued.

Carrera says the award coming from his native country gives it added significance. He says he knows that many in Ecuador, from his teachers to his doctors, doubted him; it took years for someone to finally take notice.

“My teachers sent me to sign shoes. That is the expectation we have for disabled people, you know?” Carrera said. “It really makes me happy, makes me proud, because as a disabled individual we are considered a lower, lower, lower caste in society.”

One of the things that led the Ecuadorian National Assembly to recognize Carrera was his dedication to civil service in the United States, for which he was also recognized with a President’s Volunteer Service Award—a U.S. presidential award established by George W. Bush to honor those in the country with hundreds of hours of community service.

Carrera said his years of experience playing in venues from the Baltimore Museum of Art to the Ecuador National Symphony Orchestra also played a factor.

“All these efforts I did on behalf of disabled individuals that are achieving great things, not only in the United states, but in the world,” he said.

In Ecuador in the 1970s, there was no infrastructure to support someone with his needs, Carrera explained. His father carried him to school during his early years, and Carrera was not afforded the opportunity to attend normal classes until his dad demanded they give him a chance later in elementary school. Now, according to his professors, he is thriving.

“English is not his first language, but it doesn’t matter. He has that incredible ability to interact, and he does…and he thinks, and he cares. Everything about him is really quite special,” said conductor and distinguished professor of music at Frost Gerard Schwarz, one of Carrera’s teachers.

The 55-year-old Ecuadorian says he uses the guitar to connect with people and excel in ways many thought he never would. Carrera thrived in school and music enough to eventually attend the National Conservatory of Music in Quito, Ecuador. After 11 years, he moved on to the Pontifical Catholic University of Ecuador, where he graduated in 1990 with a degree in linguistics and literature.

After his schooling in Ecuador, Carrera decided to immigrate to the United States in 2002 in search of further opportunity; he moved to Miami to continue his musical education. Alas, his credits were denied transfer by American universities, leaving Carrera with no choice but to start over at the age of 37, after 15 years of schooling in a new city and a new country.

Looking back, Carrera offered the word “perseverance” to encapsulate his life story.

“I had a clear picture of what I had to do, and I decided it would be better for me to start over at Miami Dade College, getting all my foundation, all of my credits done,” he said. He eventually transferred to FIU, where he finished his undergraduate education in 2017.

Carrera says now he is grateful for the position he’s in. He says he wouldn’t have gotten to where he is now without hard work; he often plans his days to the minute. Church, teaching guitar to students and his classes take up most of his time, and then there’s his instrument.

“I have to put 4 to 5 hours of practice of my instrument a day regardless, regardless. You know, the longest I’ve been without playing in my life, that I remember, was four days,” Carrera continued.

Carrera mainly plays classical Latin guitar ranging from flamenco to bossa nova, but his passion for music doesn’t stop there. He cites artists like Pink Floyd and legendary guitarist Joe Satriani as some of his favorites.

“You know I met Al Di Meola, I met Steve Vai… I met Joe Petrucci. On my Facebook I have all the posts. I couldn’t believe it, I was speechless when I got the chance and I said, ‘by the way, I play guitar too!’” Carrera said with a chuckle.

Carrera’s professors at UM say they are impressed by his resilience and his excitement to learn.

“He is consistently a bright spot, especially given the fact that he doesn’t allow his disability to detract from anything,” Swanson said. “I’ve always respected him for that.”

“Most guitarists don’t really know what conductors do or anything about conducting,” Schwarz said. “But Fabian has a natural instinct for conducting, and he’s very musical, which means when he waves his arms around you can feel the music coming out of him.” 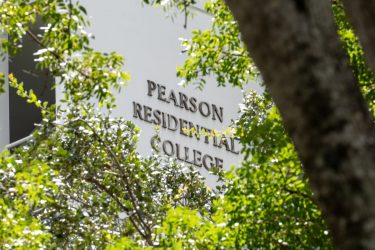