Home » A very merry (and inclusive) Christmas, thanks to Lifetime

A very merry (and inclusive) Christmas, thanks to Lifetime

Indeed, just months after its rival announced its plans to include LGBTQ-friendly storylines in its holiday program, Lifetime announced in early September that it would be creating an LGBTQ-centered film, titled “The Christmas Setup,” as part of its extensive efforts to uphold diversity and inclusion in its program.

And, the good news gets even better: the stars of the romantic movie, which is also written and directed by members of the LGBTQ community, are set to be real-life married actors Ben Lewis and Blake Lee, who will play old high school friends who fall in love after reuniting in adulthood for their hometown’s Christmas festivities.

Lifetime’s break from its exclusively heteroromantic palette is certainly revolutionary, but make no mistake: the refreshing new production will maintain the same warmth and the feel-good charm that has made the network a paragon in the realm of fuzzy holiday entertainment. 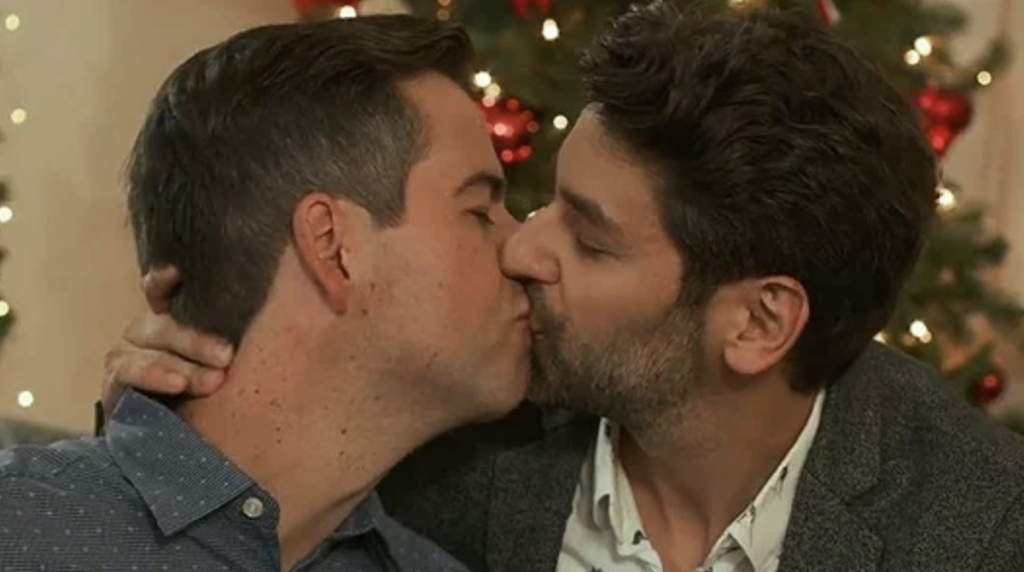 Actors Brian Sills and Mark Ghanimé share a kiss in the 2019 Lifetime film "Twinkle All the Way," the very first appearance an LGBTQ+ kiss in the network's history. Photo credit: Lifetime, 2019

Upon announcing Lifetime’s new and inclusive project, programming chief Amy Winter expressed her excitement, speaking for all in the network, stating “[w]e are thrilled to continue our legacy of creating a holiday destination that is welcoming to all at Lifetime…[w]ith more new movies than any one cable network for streamer, I couldn’t be prouder of the incredible talent joining us in front of and behind the camera on these new holiday movies.”

With its latest movie, Lifetime will be joining a vast litany of programs and networks that have chosen to broaden their range by introducing relatable, inclusive storylines. To be sure, the network’s up-and-coming LGBTQ narrative will be an empowering step in the right direction—a tender, progressive rendition of modern love.

As Winter expressed in her statement last week, “[t]he world we create on camera should reflect the world we live in.” Love (and Christmas) is in the air!