Going into the series, I was confident the Lakers were going to win the championship. I didn’t think it’d be a blowout or a sweep, though. All playoffs, the Heat have been a great team on both sides of the court. But, when Bam Adebayo and Goran Dragic got injured and eventually ruled out for Games 2 and 3, I thought the series was over. The Lakers would just have to show up to secure their last two wins of the season.

Despite the injuries, the Heat came out for Game 3 unintimidated. Jimmy Butler did everything he possibly could all night. He got help from Tyler Herro and even Kelly Olynyk.

Miami shot the ball better than LA and outrebounded them for the first time all series.

This game wasn’t a fluke. Miami moved the ball like they have all playoffs. Plus, without Adebayo and Dragic, Butler was able to attack the basket more than usual. When the Lakers didn’t have answer for him, the Heat’s offense really got into a rhythm.

The Lakers, on the other hand, were just off. Problems started for LA when Anthony Davis picked up two early fouls. He stopped playing as aggressive on offense, which really slowed the team down. He ended up scoring barely more than his playoff low for the year.

Los Angeles was never going to play a perfect series, so one bad night shouldn’t change expectations for the championship. I think the Heat can keep up, or come close, to how they played in Game 3 for a few more games. I just don’t see the Lakers staying in this slump.

LA is going to make a point of getting Anthony Davis the ball in the post. A big reason Miami stayed in control throughout Game 3 was outscoring the Lakers all night in the paint.

The Lakers have the clear size advantage this series, so I don’t see that, or LA’s rebounding woes, to be a recurring theme.

Miami’s struggles in Game 2, and comeback in Game 3, make a lot of sense. Game 2 was th3 first game without Dragic, and more importantly Adebayo. A lot of the Heat’s offense runs through Adebayo, so it’s not surprising that losing him messed with it. By Game 3, they figured out how to score and move the ball without him on the court. The problem is, in the upcoming Game 4, the Lakers will have figured it out too.

The Lakers won’t shut down Jimmy Butler. They might not even do a better job containing Tyler Herro. They will, however, get their offense back and certainly reclaim the paint.

I think the Heat already played their best game of the series. Maybe they’ll pull out one more win, and the Lakers are going to have to do more than just show up. But, it’s Lebron’s series to lose, and I don’t see that happening. 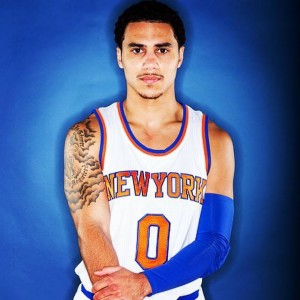