While many student organizations have been forced to stop meetings due to the COVID-19 pandemic, Tufaan — the university’s only South Asian fusion a capella group — has not let the virtual transition stop their thunder.

“The transition to virtual has been going well so far, and our new members are super enthusiastic and learn quickly. I know when we get the chance to be together again, everything will come together easily,” reflected Spencer Ford, a sophomore majoring in media writing and production and co-music director of the group.

While in-person competitions are usually integral to the a cappella circuit, groups across the country have had to reorganize and figure out how to keep the music alive.

One way Tufaan has stayed active and kept team morale high is by submitting previous year’s performances in an international, virtual a cappella competition called UpStagedAID.

“UpStagedAID is a March Madness style competition for a cappella teams,” described Ford.

UpStagedAID, though a music competition at its core, has a philanthropic element that sets it apart from the rest. The competition matches all prize money, donating the sum to the charity of the winner’s choice. Tufaan has selected the Lebanese Red Cross to receive the cash prize of $10,000 should the group come out on top.

Tufaan has made it through the first few rounds of the competition and is currently in the top 32 out of hundreds of teams. 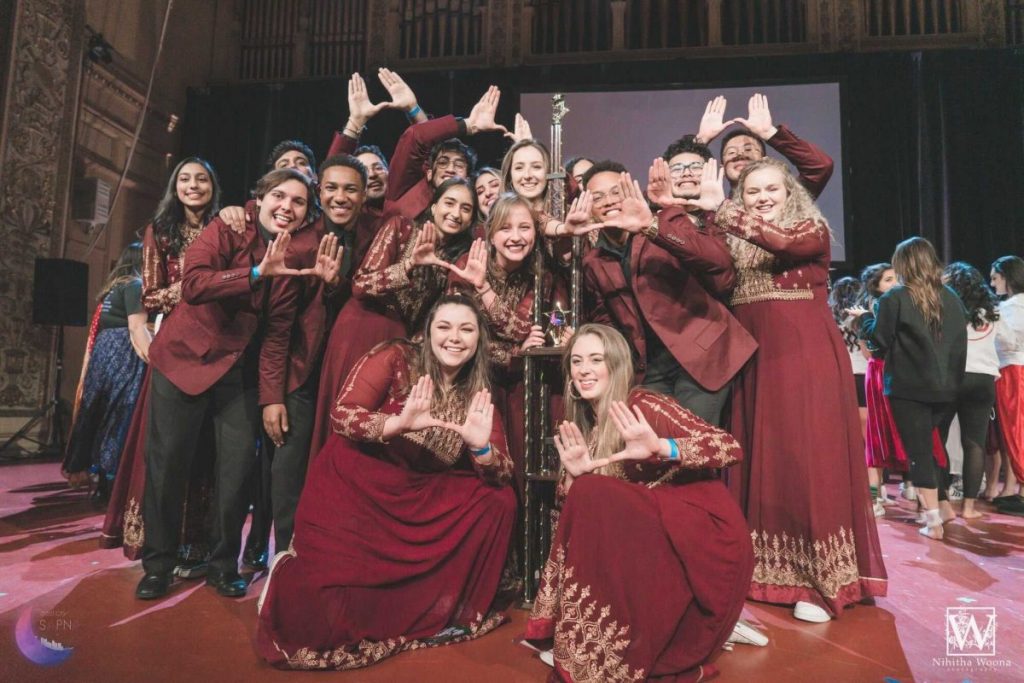 “We’ve been put up against amazing teams from all around the world, and we’ve showed people that Tufaan can stack up against the rest,” said Ford.

UpStagedAID has also marked an integral shift in the group’s focus.

“When it comes to this year and the future, it’s important to show people what we are capable of,” said Daniel Arciniegas, a senior majoring in musicianship, artistry development and entrepreneurship and co-music director of Tufaan

Although most of Tufaan’s past music choices have been South Asian and Western fusion, the co-music directors see an expansion in the group’s future.

“We are so excited to be seeing Tufaan doing well on such a large platform like UpstagedAID, and I believe this is a good chance for us to expand beyond our circuit,” added Arciniegas.

The team is extremely diverse, with members from a variety of cultures and ethnicities present. Arciniegas sees this as Tufaan’s greatest strength, saying he “wants to see more [of their members] represented in the music they perform and practice.”

“The support we’ve seen so far has been really humbling and exciting, but we’ve still got a ways to go before the end. Voting is super easy. All you need is your name and email,” Arciniegas reminded.

Voting closes tomorrow, Oct. 2. Students and other supporters alike can cast their votes for Tufaan here.