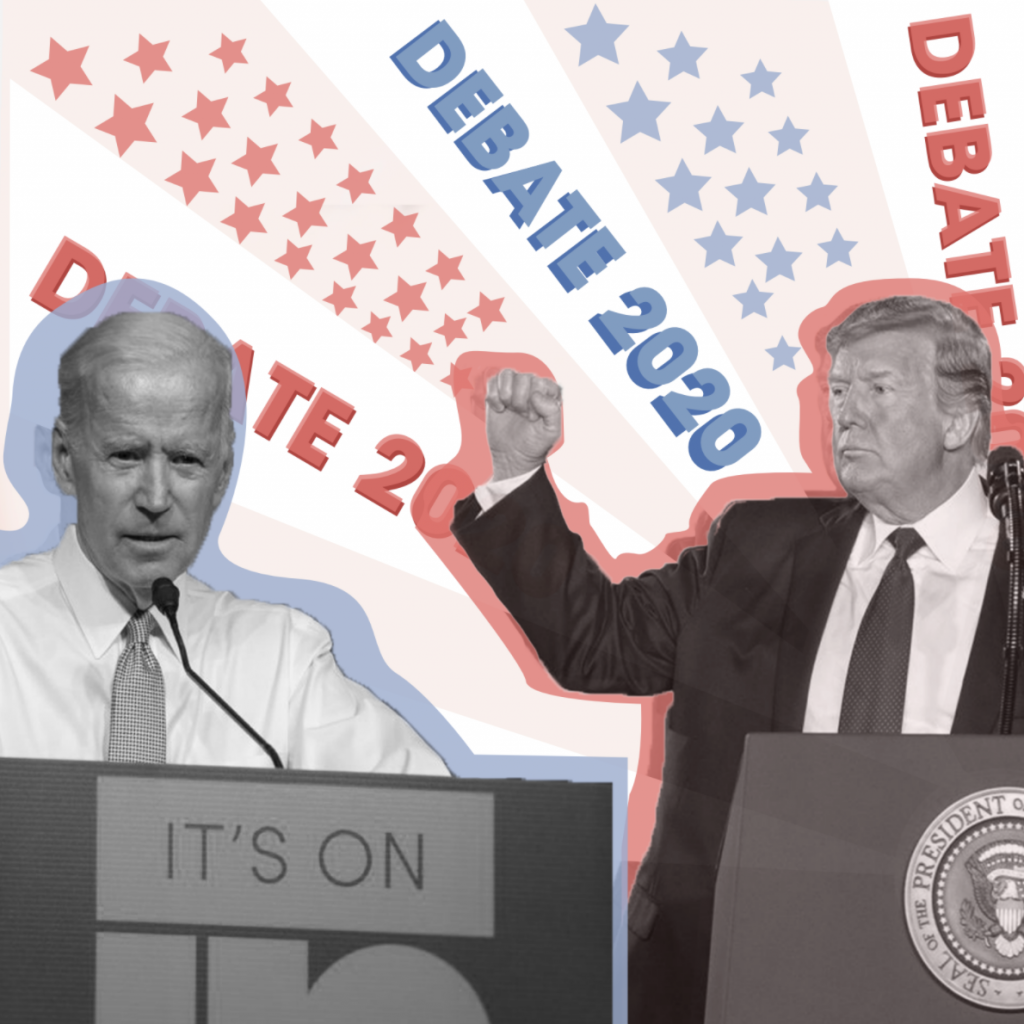 Last night, as presidential candidates Donald Trump and Joe Biden faced off during the first debate of this election cycle, students at the University of Miami were able to watch them at an event on the Foote Green sponsored by the Butler Center for Service and Leadership.

Students who attended the event were given the opportunity to watch the candidates on a big screen, along with being able to register to vote and receive giveaways.

“The turnout was really good,” said Caroline Moody, a freshman double majoring in political science and Spanish who volunteered at the event as a Voter Ambassador with Get Out the Vote, a national campaign geared towards mobilizing voters.

Griffin Alexander, a senior studying marine affairs and ecosystem science and policy and an executive board member of UM College Republicans, attended the watch party.

“Everybody seemed to be engaged and having a good time,” Alexander said. “The Butler Center definitely did really great with that.” 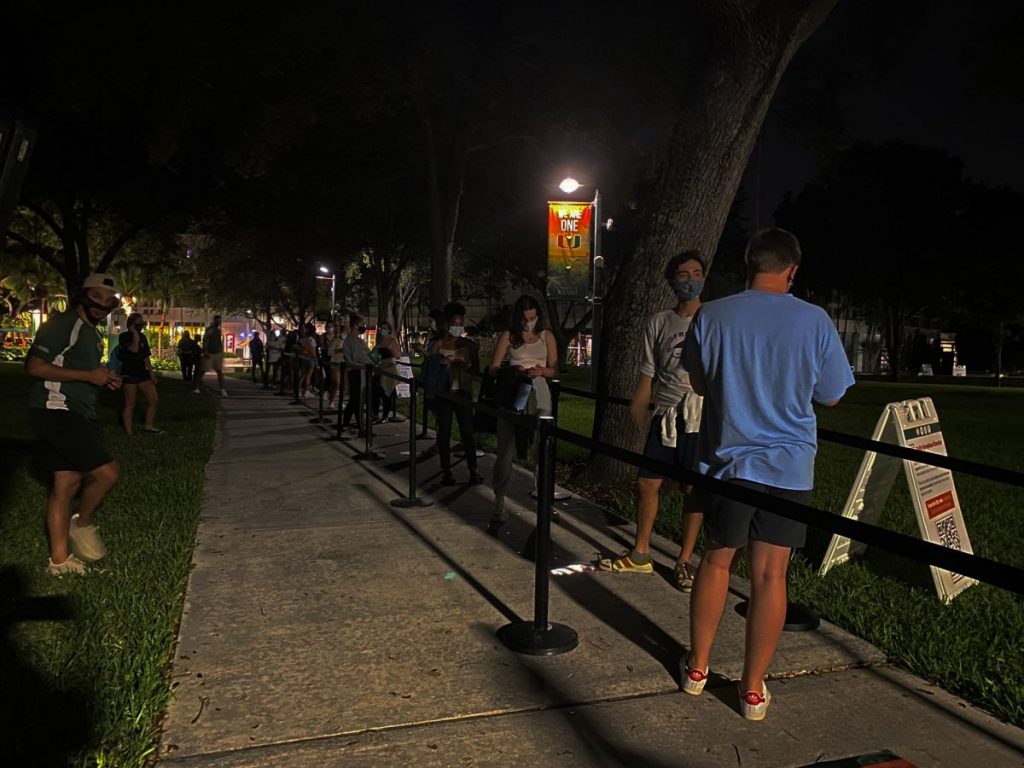 As for the debate itself, the outcome is not as clear. Over the course of 90 minutes, the candidates discussed a wide variety of pertinent issues. The debate was riddled with interruptions from each candidate and interventions from the moderator Chris Wallace, a host from Fox News.

“It was very unprofessional,” said Yolanda Romero, a freshman double majoring in political science and economics who attended the event. “It didn’t feel like a presidential debate.”

Alexander also noted the lack of decorum between the candidates and their behavior towards one another.

“As expected, it was not very presidential,” Alexander said. “There was lots of arguing and fighting back and forth.”

“I would love to see them be more civil with one another,” Moody said. “ It speaks a lot on their intelligence and their character.”

Moody also mentioned the history behind presidential debates and how they have evolved to become more of a “media-sensationalized event.”

“It should be a civil debate between two people who are just expressing their opinions and explain what they would do if they were elected president,” Moody said. “It’s kind of frustrating for people to see two adults not be as cordial with one another.”

The content of the debate touched on topics such as the Supreme Court, the economy, climate change, racism and the integrity of elections.

“I think the moderator did a really good job of selecting important, potent questions that were targeted at both candidates and some of the issues that people have with both of their campaigns,” Moody said.

Covid-19 is a high-priority issue for the candidates and was one of the topics discussed during the course of the debate. Trump and Biden each mentioned how the pandemic was handled and their plans to tackle it if they win the election.

“I think with COVID, it’s just such a tricky situation that obviously President Trump did the best he could as things were going on, but in hindsight, there were definitely things he could’ve done better,” Alexander said. “I believe that Vice President Biden has the ability of hindsight to be able to say this is what I would’ve done, whereas President Trump had to do it in the moment.”

Moody, on the other hand, was unhappy with the strong emphasis on the past actions in regards to Covid-19. She feels that there was not much discussion about their plans going forward.

“Neither candidate addressed what they would do,” Moody said.

Although a plethora of topics was discussed, there were still issues that were left out.

“They didn’t touch on immigration, which is something I hope they’ll do in the next debate,” Romero said.

The next debate, held at the University of Utah, is on Oct. 7. This time it will be between the two vice-presidential candidates, Kamala Harris and Mike Pence. The next debate between Trump and Biden will be held on Oct. 15 at the Adrienne Arsht Center for the Performing Arts here in Miami. The Butler Center will be hosting watch parties for these debates as well. Gates for the events will open at 8:30 p.m.