Rick Toren is the inventor of the EpiPen, Holter monitor and a serial entrepreneur. Although the EpiPen is his most widely known invention, his career in healthcare has spanned over five decades. He is also an entrepreneur-in-residence at the University of Miami, where he teaches undergraduate students how to start a business.

Starting his entrepreneurial journey in the ‘60s while in business school, Toren began working alongside his brother on a contract for the U.S. military to develop injection technology with the antidote to nerve gas. When his daughter received a bee sting, he thought of the idea to take the same syringe being developed for the military and put epinephrine in it, which was the antidote to bee stings. After six years of development and approval, the company he was working for brought the EpiPen to the market. In 1975 the company sold the device to another drug company, who in turn sold it to Mylan labs.

Although he’s most known for his EpiPen and Holter monitor inventions, these are just a few of his contributions to health care. He started his first business in the healthcare field with a fraternity brother from Pennsylvania State University. With $600,000 for the business, the duo sold the company for $13 million in 1983, when Toren was just 37 years old. 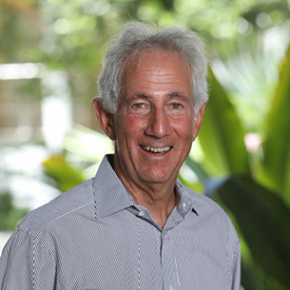 “After we sold the company, we sat in our lawyer’s office and thought, ‘what are we going to do now?’” Toren said. “Well, we’re pretty young. What’s the next challenge you want to solve?”

Toren and his business partner soon found another problem to solve. They launched a practice management company for physician offices, and began meeting with cardiologists in private clinics to expand.

“We had their respect; they loved our machines,” Toren said. “Why don’t we help their practice and help them run their business?”

Toren says he “hit a home run” with his initial clients.

“We helped them bill the insurance companies, balance bills and read and understand explanations and benefits. We changed the whole work flow of the practice – we ran it like a business,” he said.

He has since been involved in many other healthcare related business ventures that promote patient care on a large scale. In 1998 he founded CodeRyte, a company that provides an automated method of extracting billing codes from transcribed clinical records for physicians, and QPID Inc, a software platform and clinical applications to accelerate the utility of electronic health records. Toren later sold both companies.

Before coming to UM, Toren got involved with education at Georgetown University in Washington D.C., where he used to reside.

“I would find other entrepreneurs to come to the class and talk at 6 on Mondays, and the word got out,” Toren said. Soon classrooms were filled with students listening to guest speakers Toren had brought in. This is something Toren incorporates now in his classes at UM.

Since he came to UM, he has structured his class in a unique and engaging way that provides students an opportunity to both learn and explore.

Anna Kevelson, a music major at the Frost School of Music and former student of Toren, describes him as “taking the initiative to make the class unconventional.”

“A majority of his class was guided by discussions among class members,” she said. “We had exposure to guests ranging from small-business entrepreneurs to current venture capitalists. Each class was different, which made it something to look forward to each week.”

Toren traditionally teaches “Introduction to Entrepreneurship,” an entry-level course for entrepreneurship majors and minors, or students that are interested in starting their own business someday. He is not teaching this semester due to Covid-19.

“I weave what guest speakers say about what they’ve done into a specific topic, and connect that to what we’re learning,” Toren said about having guest speakers come to his class. His class is far from the traditional lecture-based class with powerpoints provided by textbook companies. “It’s nice to mix my own styles with the textbook framework.”

Toren brings his years of business experience to the classroom and teaches students elements of business that are not readily mentioned in textbooks. Student’s have said his unique teaching style left them with positive memories.

“I felt that not only did I learn so much from him, but he also intentionally made an effort to learn from me as well,” Kevelson said.

UM’s Herbert Business school Dean John Quelch provided a statement to The Miami Hurricane saying this is what the entrepreneur-in-residence program is designed to do: “Executives-in-residence add the extra dimension of practical experience to our thought leadership. Rick Toren alongside our other expert executives like Kimberly Hammonds and Paulo Leme bring a wealth of experience in implementing strategies and business plans and are dedicated to mentoring the next generation of innovators.”

Apart from class, Toren strongly advocates for students in the Miami area to get internship experiences early on.

“Students can get custom-built internships, where they would get experience in local companies,” he says. “Start as a gofer – even delivering the mail or getting papers is a great way to learn about the business model.”

In particular, he recommends that “students get involved with the family offices or venture capital firms.” With the many angel investment and family groups in Miami, Toren says he feels that such companies would definitely be open to students.

“They’re losing employees all the time, so the company is stuck without the employee for a while and they have to do all the background work themselves,” he said. “They would love that kind of relationship, where undergrads come to them and work their way up.”

He particularly emphasized that young people looking for internship work would be highly valued by these types of businesses, and could learn a lot about how such businesses operate on a day-to-day basis.

Toren currently serves as the Chairman and Chief Strategy Officer for Cohort, a medical artificial intelligence company that aims to bridge the gap between face-to-face medical appointments and telemedicine. Cohort provides patient management strategies for leading physician groups, coordinating physician workflows to deliver continuous and reliable patient care. He lives in Miami with his wife, and when he isn’t teaching, he enjoys playing tennis and spending time with his children and grandchildren.