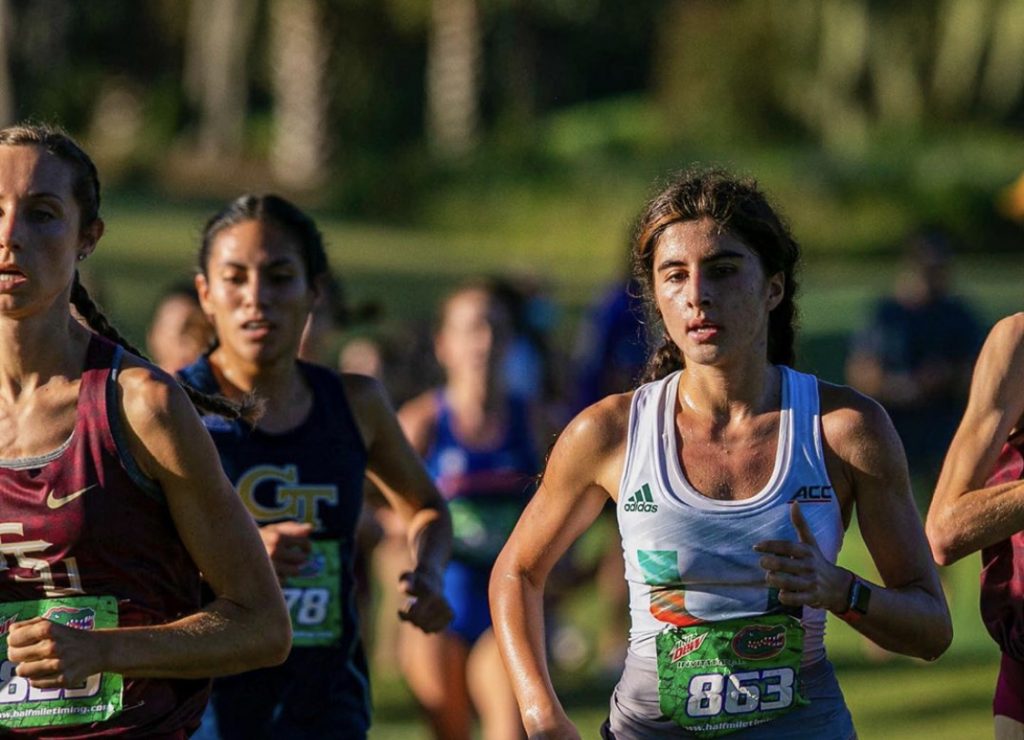 Freshman Daphnee Lavassas broke into seventh place on the all-time list at UM in the 6K. Photo credit: Instagram, @canestrack

Names were added to the record book last Friday as the Miami men’s and women’s cross country teams competed in its first meet of the season at the Mountain Dew Invitational in Gainesville, Fl. Unlike many of its Olympic sport counterparts, the team will take up competition against many non-conference teams this season. Florida State and Georgia Tech were both in attendance as well as Florida, who hosted the meet.

In her debut, freshman Daphnee Lavassas crossed the finish line with the seventh fastest time in program history. The Miami native finished 14th overall with a time of 21:53.66 placing her name on Miami’s all-time 6K run top-10 list and making her the first Cane since 2017 to break into the top-10.

“What’s great about Daphnee’s situation is that she hasn’t raced for a year and a half, so for her to come out and attack the race to be right at the beginning and run with the front of the pack was huge,” distance coach Cody Halsey said. “She just had this look of determination on her face and was fearless.”

After her outdoor season was cancelled due to the coronavirus pandemic, senior Emma Langlois joined Lavassas with a top-25 finish in the 6K. In her first meet since March, Langlois crossed the finish line with a time of 22:22.92, finishing 23rd overall.

Freshmen Natalia Varela and Morgan Johnson both made top-40 finishes in the 6K with sub-25 minute times and joining them was fellow freshman Payton Payne, who also crossed the finish line for the Canes. Overall, the women’s side finished third in team totals, but the future looks bright with five freshmen on the roster.

On the men’s side, sophomore Andrew Madden had a top-20 finish in the 8K run. His time of 25:51.86 was the third fastest time by a Cane at the Mountain Dew Invitational since 2014.

The squad will head to Tallahassee, Fla. on Oct. 2 for the FSU Invitational before wrapping up the short season at the ACC XC Championships in Cary, N.C.

Canes win, but plenty of room for improvement is apparent
Moving up: Hurricanes ranked No. 12 as FSU week begins