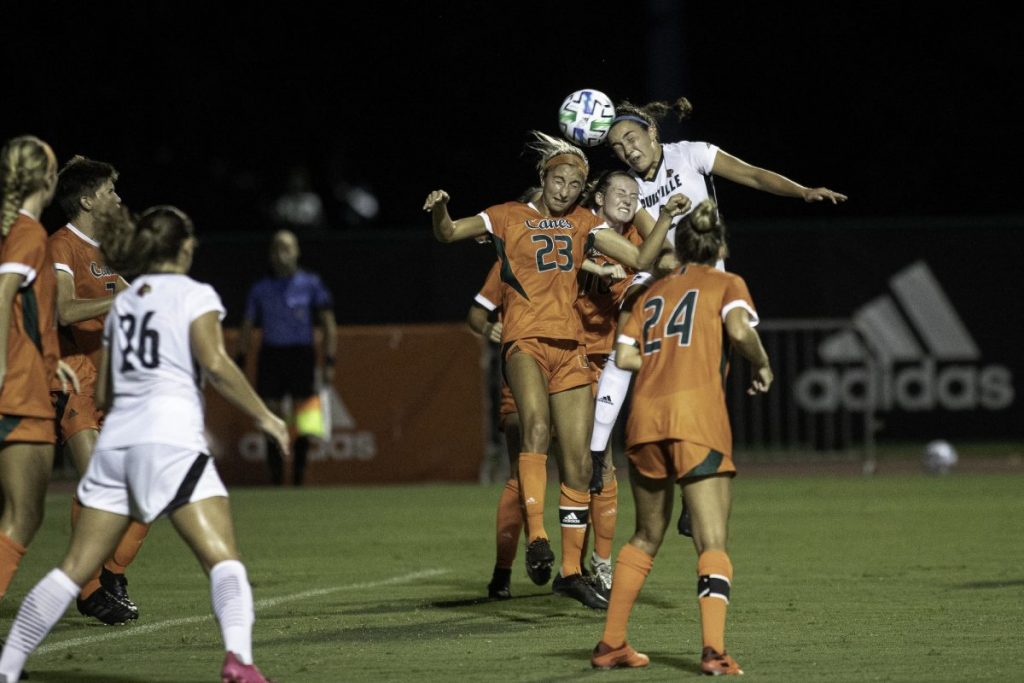 The Miami Hurricanes opened their season with a 3-0 loss at the hands of the Louisville Cardinals.

The Cardinals struck early with three goals in the first half and limited the Hurricanes to just five shots the entire game.

“Obviously, the result is not what we were looking for, but there is a lot we can take away from tonight’s game and learn from,” head coach Sarah Barnes said. “This fall is about getting better, getting players experience and making sure that we are ready to go in the spring season and for next season’s fall. So, we are going to have a relentless focus on how do we improve from game, to game, to game.”

Ekic was the star of the game for Louisville. The 5-foot-4 midfielder accounted for the Cardinals two other goals. Ekic scored the second goal eight minutes after Snyder’s goal on a giveaway by Miami’s defense, who struggled to get the ball out of its own end for the majority of the game.

Ekic’s scored her third goal off a pass from Synder in the corner and dribbled through a Miami defender to nail the ball into the top right corner.

After an offseason like no other, Miami will play an eight game schedule, with five against 2019 NCAA tournament teams. Miami will next face Notre Dame at Cobb Stadium on Sunday at 1 p.m.