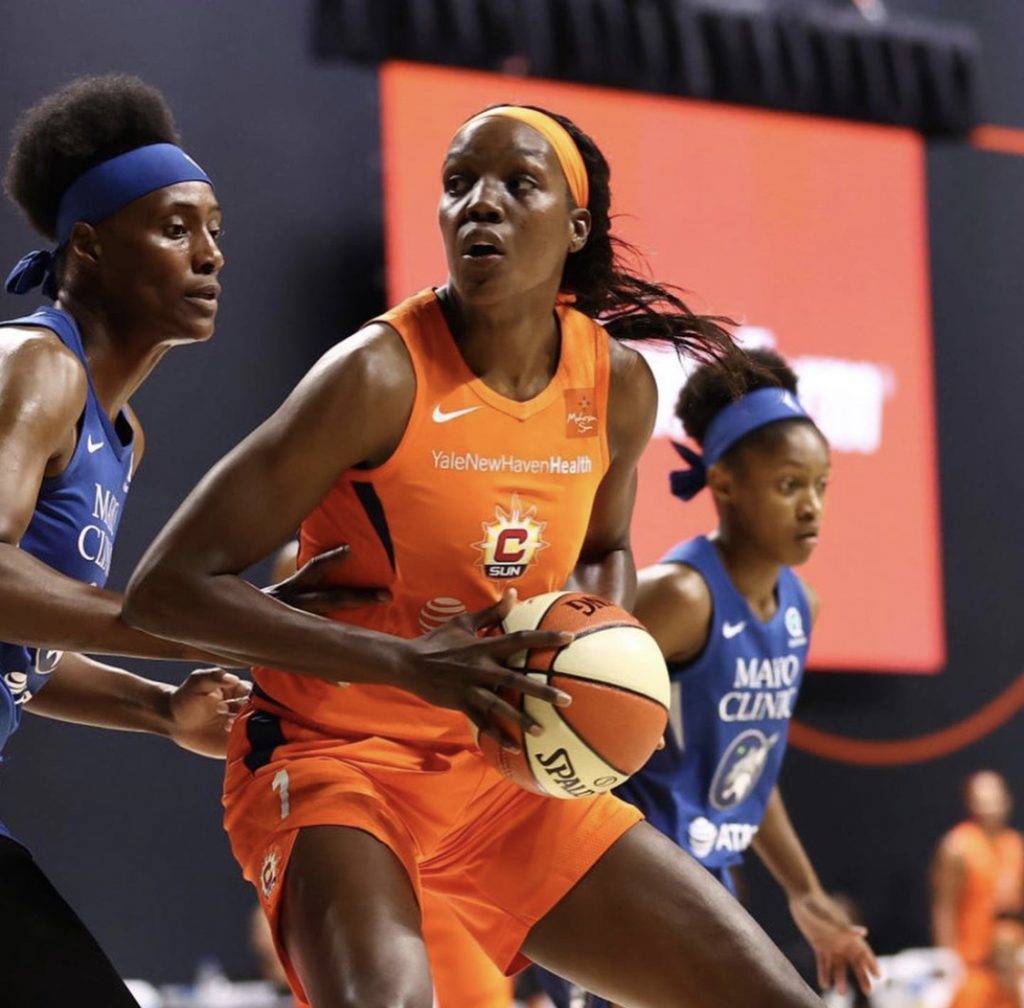 Rookie Beatrice Mompremier and the Connecticut Sun enter the WNBA playoffs as the No. 7 seed. Photo credit: Instagram, @miamihurricanes

The WNBA bubble closed its regular season on Sunday, and now eight teams remain in Bradenton, Florida, where they will have a chance to compete for the WNBA Championship Trophy. Currently, three former Miami women’s basketball players are active members of WNBA teams and all are looking to leave the bubble with rings on their fingers. Here’s a preview of what to expect from them and their teams:

Minnesota Lynx: The No. 4 seed

Former ‘Canes guard from 2008-2012 and seven-year WNBA veteran Shenise Johnson will take the court after her team earned a first round bye. Johnson is expected to play a limited role, however she could be the difference maker the team needs if given the chance. The former No. 5 overall pick in the 2012 WNBA Draft appeared in 17 games, made four starts and averaged 12.5 minutes per game and 5.1 points per game this season.

Connecticut Sun: The No. 7 seed

Last season the Sun made it to the finals, but fell to the Washington Mystics in Game 5. With the fourth best defensive rating in the league, the team will rely heavily on its defensive system to make a run back to the championship.

Rookie Beatrice Mompremier, a centerpiece of Miami’s team from 2018-2020, will most likely play a limited role in her team’s journey to a title. The first-year player has appeared in 21 games this season but only averages 8.9 minutes per game and 2.3 points per game.

After entering the bubble, the Sun struggled tremendously with a 0-5 start. Despite having the worst start out of any team in the bubble, Connecticut was able to battle its way into a playoff spot.

As the No. 7 seed, the Sun will play in the first-round, single-elimination game where they will face the No. 6 seed Chicago Sky.

Los Angeles Sparks: The No. 3 seed

Former Canes guard Riquna Williams, a teammate of Johnson’s from 2008-1012 at Miami, is expected to have the biggest impact of all the former players taking the court. Williams is a former sixth woman of the year and could play a vital role off the bench for the Sparks. The former all-star has appeared in 21 games this season with four starts and has averaged 21.2 minutes per game and 10.5 points per game. Williams excels from beyond the perimeter with a three-point shooting percentage of 42.4 and a 43.5 shooting percent from all field goals.

The Sparks earned a bye into round two, where they will face the lowest remaining seed from the first round single elimination games. If Mompremier and the Suns can defeat the Sky, it is possible that two former Canes will battle it out on the court.

The playoffs will tip off tonight at 7 p.m. with the two first-round, single-elimination games being played. ‘Canes fans looking to catch a glimpse of alumna can tune in on ESPN2 to watch the Connecticut Sun take on the Chicago Sky.

Look good, feel good: Attending class in the age of virtual learning
How the Miami Heat can make it to the NBA finals