Home » Playing football during a pandemic: No band, cheerleaders or mascot

Playing football during a pandemic: No band, cheerleaders or mascot 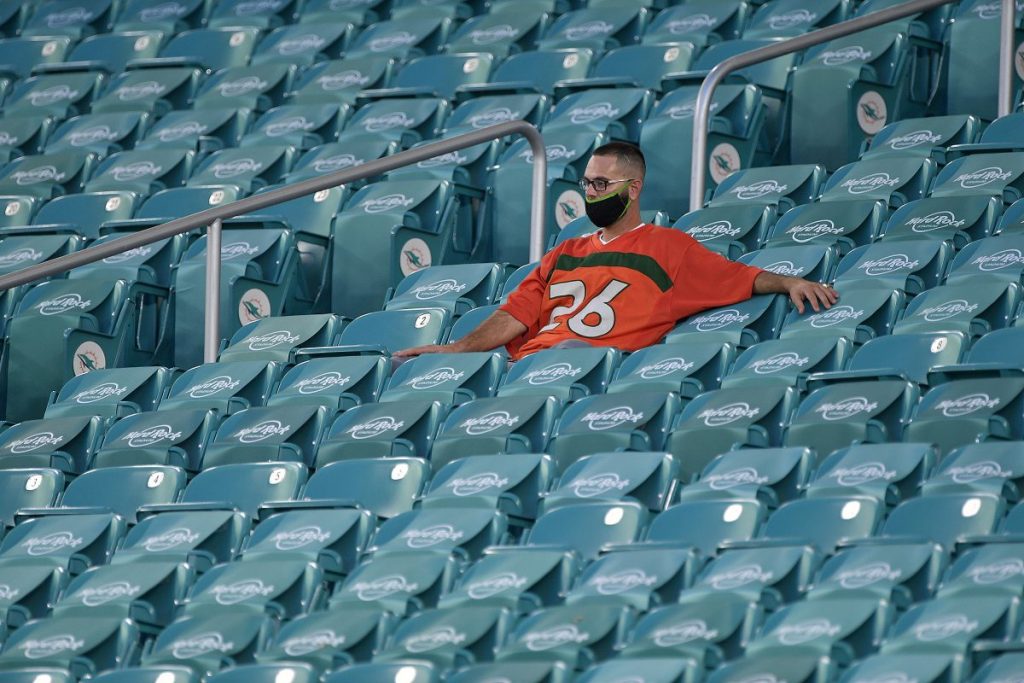 From watching the game on television, it looked like a normal football game was being played, but there was nothing normal about Miami’s Thursday night matchup against the University of Alabama at Birmingham.

There were no cheerleaders. No band. No Sebastian the Ibis. And most noticeably, no students. Only 8,125 fans out of the 13,000 allowed were in the stands.

No alcohol was sold at the stadium. Fans were spaced out in small clusters around the stadium. All concessions were purchased via a mobile app.

Unlike other professional sports, there was no fake crowd noise pumped into the stadium, so the emptiness was apparent.

UM administration announced a few weeks ago that students would not be allowed into the stadium for the first two home games. But not many people realized that would include the Band of the Hour, cheerleaders, Hurricanettes, Sunsations and the revered school mascot, Sebastian the Ibis.

Instead, the school held a pep rally event Thursday afternoon on the intramural fields on campus. Students sat in socially distanced circles placed around the field and watched the performances.

Head coach Manny Diaz said the different atmosphere at the stadium was noticeable, but he was just glad his team was able to play.

“Once the game started, you’re so wrapped up into the game,” Diaz said. “Certainly the environment was a little bit different. It was great to see the fans that were able to come to the game come to the game. This is the first major sporting event in Dade County since mid March.”

The Hurricanes travel to Louisville, Kentucky to face the University of Louisville Cardinals at Cardinal Stadium, where 12,000 spectators are allowed in attendance and similar protocols will be in place.