Miley Cyrus has announced that she’s starting all over, in all seriousness.

This past month, the pop star and Hannah Montana actress surprised fans with a brand new, disco-themed single titled “Midnight Sky.” Disco has made a huge resurgence this year, with artists like Dua Lipa, Lady Gaga and Doja Cat reviving the genre with great success.

Cyrus has promoted the single heavily, with a highly discussed appearance at the 2020 MTV Video Music Awards (where she paid homage to the iconic “Wrecking Ball” era) and a self-directed music video that’s garnered over 50 million views in the three weeks since its release. She also appeared on BBC Radio 1’s Live Lounge to perform the track and even done interviews on The Zach Sang Show and Sirius XM. 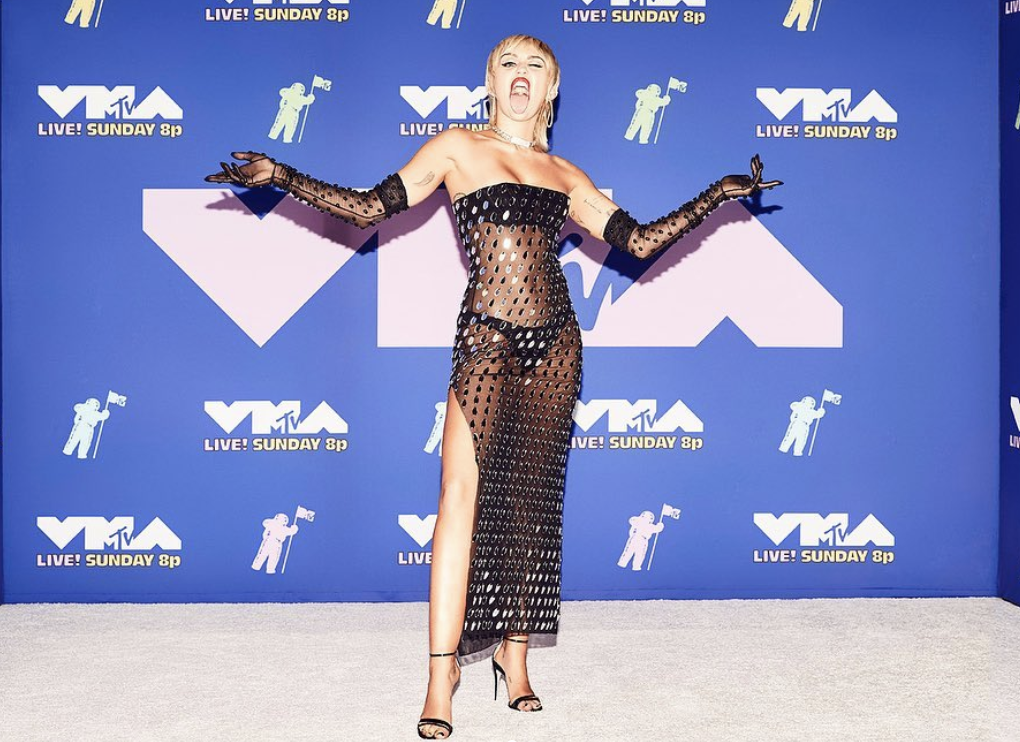 Miley Cyrus arrives at 2020 VMAs on August 30, where she performed her new single "Midnight Sky." Photo credit: @mileycyrus on Instagram

Still, a couple of big questions loom. How successful will this comeback be, and how does the former Disney icon fit into the pop music landscape of this new decade?

As for “Midnight Sky” itself, the track has already become a top-20 hit and received critical acclaim from music critics. Debuting in the top tiers of the charts a decade and a half into an artist’s career is a big deal…by any standards.

It wouldn’t be unheard of for an artist so far into their career to still keep pumping out number one hits. Just this year, Nicki Minaj, Beyonce and Lady Gaga have all spent time at the number one slot of Billboard’s Hot 100 chart.

It’s worth mentioning that these women are much older than Cyrus. The childhood star is only 27. That’s the same age as Ariana Grande, who is debatably the largest woman in the pop music industry at this moment.

Cyrus has ample time ahead of her to find more success, considering her own father launched a comeback of his own this past year with Lil Nas X on “Old Town Road.”

She is one of the only pop musicians this century who has managed to provide audiences with a completely new look and sound with every project. Whether it’s an exploration of her country roots on the 2017 LP “Younger Now” or delving into trap-pop on her 2019 project “SHE IS COMING,” Cyrus is the queen of reinvention. While some have been more successful than others, every new project is always an exciting new image.

I don’t belong to anyone.

So, will this come back be successful? Only time will tell, but she is definitely not letting up.

Cyrus is still one of the most massive celebrities of our time. She’s got 114 million followers on Instagram and has sold more than 55 million singles worldwide. Just this past year, she was placed on the “Greatest of All Time” Artists Chart by Billboard.

The music industry thrives on comparing artists of such grand stature to their past successes, but there comes a time when that is simply unrealistic. Whether Cyrus will be able to recreate the massive, chart-topping success of her highly publicized “Bangerz” era from 2013 or the Hannah Montana franchise is up for debate. But, if she doesn’t, that’s okay.

At age 27, she already has nothing left to prove.