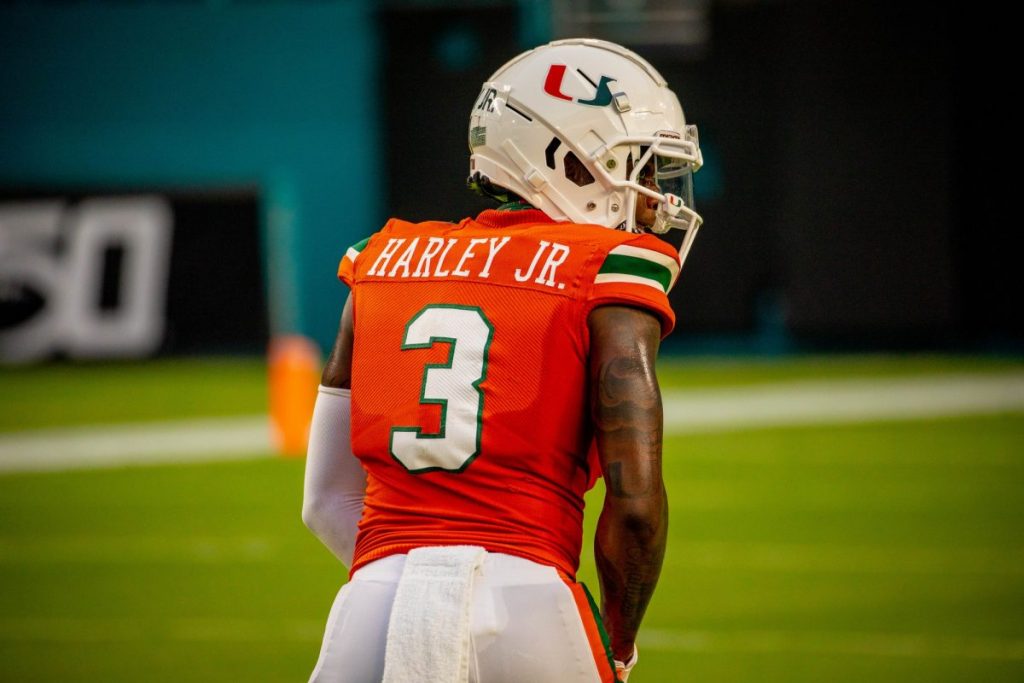 Most of the hype this offseason has been around Miami’s new offensive style of play. In the spring, head coach Manny Diaz hired offensive coordinator Rhett Lashlee, who brought with him a spread offense system the team has not experienced before. Miami also hired wide receivers coach Rob Likens, the former offensive coordinator and quarterbacks coach at Arizona State.

The Canes lost their best receiver in the fifth round of the NFL Draft when K.J. Osborn was drafted by the Minnesota Vikings. Osborn, who caught five touchdowns last season, led the team in receiving yards with 547 yards. Another key departure was junior Jeff Thomas, who opted to leave school early and declare for the draft. Thomas caught three touchdown passes and recorded 379 receiving yards last season. The last hit in the depth chart was sophomore Brian Hightower, who transferred to Illinois. Hightower was ranked a four-star recruit by ESPN and saw limited playing time last season.

In the recent release of its depth chart, Miami named a trio of veteran receivers as starters. Juniors Dee Wiggins and Mark Pope and senior Mike Harley have all been named as the starting receivers for the team’s season opener vs the University of Alabama at Birmingham on Thursday.

Standing at 6-foot-3, Wiggins adds some much needed height to the team’s offense. Last year he appeared in 12 games with five starts and was second overall in receiving touchdowns with four.

“I feel like I’m going into the opening game with a very confident mindset,” Wiggins said in a post-practice press conference last week. “Ready to go. I feel more confident on what we got going on out there.”

Miami native Pope, who stands at 6-foot-1, appeared in 12 games last season and started in one. He recorded two touchdowns and 266 receiving yards, with his longest reception being 54 yards.

“I think Mark has been one of our guys that has gotten steadily better as camp has gone on,” Lashlee said in a post-practice interview. “I think repetition is the mother of all learning, so he gets to do things over and over again. He continues to gain confidence and when you’re a confident player you’re going to play better.”

As a smaller player, Harley, who stands at 5-foot-11, brings speed to the table. The senior appeared in 13 games with four starts last season and was second on the team in receptions with 38. He also was third in receiving yards with 485 and brought in three touchdowns. In an offensive style that thrives on versatility, Harley is a smaller but quicker and more agile receiver.

Also listed on the depth chart behind Pope and Harley is redshirt freshmen Jeremiah Payton and redshirt junior Marshall Few. Payton, who appeared in four games last season but only recorded one reception, is a player who has a high potential and is expected to have a breakout season. Few also has limited experience, but appeared in 11 games mostly on special teams.

The Canes brought in four freshmen receivers this offseason, all of which are listed on the depth chart. 6-foot-2 Michael Redding III, 5-foot-10 Xavier Restrepo, 6-foot-1 Keyshawn Smith and 6-foot-1 Dazalin Worsham are expected to see some playing time this season.

Redding, a Pensacola native, played at the infamous IMG Academy in Bradenton, Fla. where he was ranked a four-star prospect by ESPN. Redding enrolled early, but struggled with a wrist injury and had surgery that caused him to miss spring practice. With the new NCAA rule that grants all fall sport athletes an additional year of eligibility, Redding is not expected to take a redshirt this season.

Restrepo will serve as a slot receiver. The Coconut Creek native was rated a three-star prospect by ESPN and recorded 48 touchdowns and 3,000 receiving yards in his high school career.

Miami stole Worsham from Alabama late in the recruiting game when he decommitted from the Crimson Tide and signed with the Canes. The Birmingham, Ala. native was ranked a four-star recruit by ESPN and the No.185 player in ESPN300. He ended his high school career with 2,400 receiving yards and 28 touchdowns. His size and strength are expected to make him a red zone threat.

Coming all the way from San Diego, Smith was a three-star prospect ranked by ESPN. The receiver initially committed and signed with Washington State, but when head coach Mike Leach left the program, Smith was recruited to Miami. Leach is notable for popularizing the “air-raid” style of offense that Lashlee is implementing.

With the plethora of experience and new faces, the Canes have a ton of versatility at the wide receiver position. In the new fast pace offensive system of play that Miami is planning on utilizing, the Canes will need its receivers to pose a real threat. The team’s speed and height should be beneficial in making the offense more effective. 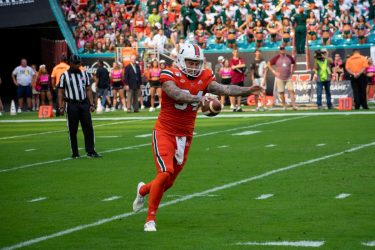