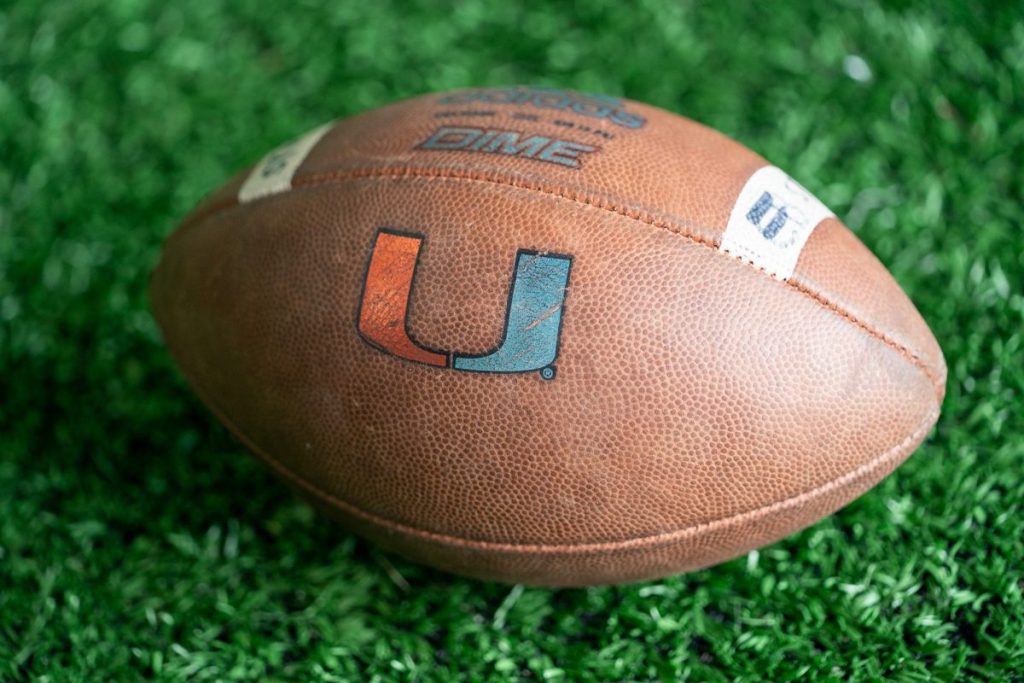 After several months of discussion and planning, the Miami Hurricanes will be the first Power 5 program to hit the football field during the coronavirus pandemic. The team’s revamped schedule includes an 11-game season. In an effort to limit travel, 10 games will be played in conference and only one non-conference game has been scheduled. Additionally, Notre Dame will be joining the ACC this fall and the teams will all play in one division.

Sept. 10 vs University of Alabama at Birmingham: The First Test

In the season opener, the Canes will host the Blazers for the first ever matchup between the two schools. Miami’s only out of conference game will come against the 2018 Conference USA Champions.

UAB quarterback Tyler Johnston III is expected to make his return after a season ending injury last year. As a starter last year he went 6-2, throwing for 2,250 yards and 17 touchdowns. He is joined by the powerhouse duo of running back Spencer Brown and wide receiver Austin Watkins Jr. Brown, a senior, is the program’s all-time leader in rushing yards while Watkins recorded six touchdowns and 1,092 receiving yards last season.

With eight returning starters, the Blazers put up a strong and experienced defensive front led by senior linebacker Kristopher Moll and junior linebacker Jordan Smith who combined for 19 sacks last season. The Canes are in for a tough defensive battle and will be tested, but the home field advantage and the newly developed offense should be enough for them to seal the win.

Sept. 19 at Louisville: Hit the Road

There hasn’t been much buzz around Louisville since Heisman trophy winning quarterback Lamar Jackson led the team. However, after coming off a terrible 2018 stretch, head coach Scott Scatterfield turned the program around in his debut last year.

Last season the Cardinals finished as the second highest scoring team in the ACC led by redshirt sophomore running back Javian Hawkins, junior receiver Tutu Atwell and redshirt junior quarterback Micale Cunningham. Hawkins set the school record for rushing yards by a running back with 1,525 yards and Atwell, a Miami native, broke the school record for receiving yards in a season with 1,276 yards. Cunningham also had an impressive campaign last season, throwing for 22 touchdowns and 2,065 yards.

While the Cardinals have one of the most explosive offenses in the nation, the team’s defense is not equally matched. With eight starters returning on defense, the team does not lack experience but they do lack production. Last season they finished 12th overall in the ACC in total defense. The Cardinal’s defense struggled so much that Miami’s less than effective offense put up 52 points on them last season. With a much better offense expected for the Canes this season, Miami should win if Louisville can’t sort out its defensive issues.

Sept. 19 vs Florida State: You Again

This matchup isn’t new. The teams face-off nearly every year, however traditional rivalries always have unexpected twists. Currently Miami is on a three game winning streak against the Seminoles and lead the series 32-30.

On the defensive end, the Seminoles have one of the best defensive tackles in college football: Marvin Wilson. The senior had a season ending injury last year, but still managed to record 44 tackles in his first nine games. Accompanying Wilson is a veteran packed secondary led by senior safety Hamsah Nasirildeen and junior cornerback Asante Samuel Jr., the son of former Super Bowl champion Asante Samuel.

While the defense is packed with potential leaders, the offense has struggled in the past. With quarterback James Blackman named the starter, it is unclear how the season will develop. Blackman, who only attempted two passes against the Canes last year, has yet to prove himself. The Seminoles are in a rebuilding year, so the Canes should come out with a win.

Clemson’s offensive line was well decorated last season with all five starters earning All-ACC honors, but left tackle Jackson Carman is the lone returning starter. The Tigers are entering the 2020 season with the most offensive line signees in the Dabo Swinney era, so it will be interesting to see who emerges as a starter.

Behind the offensive line stands 6-foot-6 quarterback Trevor Lawrence and two-time ACC player of the year Travis Etienne. Last season behind Lawrence, the team scored 659 total points making them one of the highest scoring teams in college football. Lawrence now enters his junior campaign with a 25-1 record as a starter. Senior running back Etienne has had multiple record-breaking seasons and has rushed for a career total 4,038 yards and 56 touchdowns.

Despite the mixture of youth and experience on the roster, the Tigers are set for a dominant season and while the Canes will have a bye week to prepare the former Champions will most likely prevail.

Oct. 17 vs. Pittsburgh: Expect the Unexpected

You never know what you’re going to get with Pittsburgh, one of the most inconsistent teams in college football. Year in and year out, the Panthers seems to upset nationally ranked opponents, but at the same times lose games against less than average teams.

Miami currently has a two game win streak against the Panthers, but the last time Pitt beat the Canes was when Miami was ranked second in the nation. Senior quarterback Kenny Pickett played a huge role in that game, but with him coming off a less than stellar season it’s hard to see that happening again. Pickett threw only 13 touchdowns and nine interceptions in his 2019 campaign. Already struggling to score and with essentially no run game, the team lost its top targets with wide receivers Aaron Mathews graduating and Maurice Ffrench joining the NFL.

With a below par offense, the defense is what usually keeps the Panthers in contention late in the game. Pitt ranked third nationally in sacks with 49, but if Miami can avoid the pass rush they should get the win at home.

Virginia’s depth chart is full of fresh faces. The current ACC Coastal Champions lost 10 offensive players with starting experience, one of which was quarterback Bryce Perkins, who signed with the Los Angeles Rams this summer. Redshirt sophomore Brennan Armstrong served as Perkins’ backup and was recently named starting quarterback.

Armstrong saw limited action in his last two seasons as a backup, but is not the only inexperienced Cavalier. The team has a total of 42 true freshman and redshirt freshman listed on its roster and only nine seniors. However, with the return of the majority of its defensive starters, the team is expected to put up a fight. In the end, the Cavaliers will still need to score to be competitive, which is why the Canes will most likely win.

The Canes will hit the road for the first time in three weeks as they travel north into the Carolina winter. Coming off a bye week, Miami will have plenty of time to prepare for the Wolfpack, who put up a strong offensive front. Redshirt sophomore Devin Leary was named starting quarterback in the spring. Last season he appeared in eight games, passing for 1,219 yards, eight touchdowns and five interceptions.

With 10 starters returning on offense, the Wolfpack will need to rely on veteran experience to be competitive. Last season, the team struggled tremendously with dropped passes and turnovers, losing the ball 23 times on offense.

In addition, the defense was plagued with injuries. The secondary lacked production, recording only two interceptions after all four of its top cornerbacks were ruled out with season ending injuries. If the Wolfpack can’t stay healthy and don’t address its turnover issues, it will be tough to stop Miami, a school known for its turnover chain.

With the addition of Rutgers transfer Raheem Blackshear, the Hokies are expected to be competitive offensively. The running back was granted immediate eligibility and has a career total 1,722 rushing yards and 12 touchdowns. It is unknown which quarterback will join Blackshear as the Hokies are in a three-men battle between redshirt junior Hendon Hooker, Oregon transfer Braxton Burmeister and redshirt sophomore Quincy Patterson. Hooker, who led his team to a win over Miami last season, appeared in 11 games and passed for 1,555 yards and 13 touchdowns.

With every single starter from the Hokies’ offensive line returning, it’s safe to say that whichever quarterback is named starter will be well protected. In the absence of edge rusher Greg Rousseau, Miami could struggle to get past the experienced line.

Running back Jordan Mason will return for the Yellow Jackets. He rushed for a career-high 141 yards and one touchdown against the Canes. Miami running backs came up small in that game, with lead rusher DeeJay Dallas leaving the game early and Cam’Ron Harris unable to score a touchdown.

Nevertheless, with a much better overall football team this year the Canes shouldn’t struggle to score as much. Transfer quarterback D’Eriq King is a rumored front runner for the Maxwell Award and his play making abilities should help the Canes get on the board.

This offseason Wake Forest suffered a significant loss when starting quarterback Jamie Newman announced he was transfering from the university. In his only full season as a starter, Newman threw for 2,868 yards and 26 touchdowns. To make matters worse, redshirt sophomore Sage Surratt announced he was opting out of the season to prepare for the draft, leaving the team without its star receiver.

With the Demon Deacons losing significant pieces of their offense, it’s hard to see how they will get past Miami’s talented defense. The acquisition of Temple transfer Quincy Roche will add a lot of pressure at the line and with safety Bubba Bolden coming back from a season ending ankle injury, the Canes should be able to force a couple of turnovers.

UNC’s expectations nationally are probably higher than ever, with the team checking in at No.18 in the preseason AP Top 25 Poll and No. 19 in the Coaches’ Poll. The Tar Heels are coming off a Military Bowl win against Temple and a season where they only lost to Clemson by one point.

Last year in his freshman season, quarterback Sam Howell led the team to a close 28-25 victory over the Canes. He finished his first campaign as a Tar Heel passing for 3,641 yards, 38 touchdowns and seven interceptions. With the Tar Heels ending last season on a strong note, it wouldn’t be surprising for them to get an upset road win against the Canes.