Home » How will Miami football define success this season?

How will Miami football define success this season? 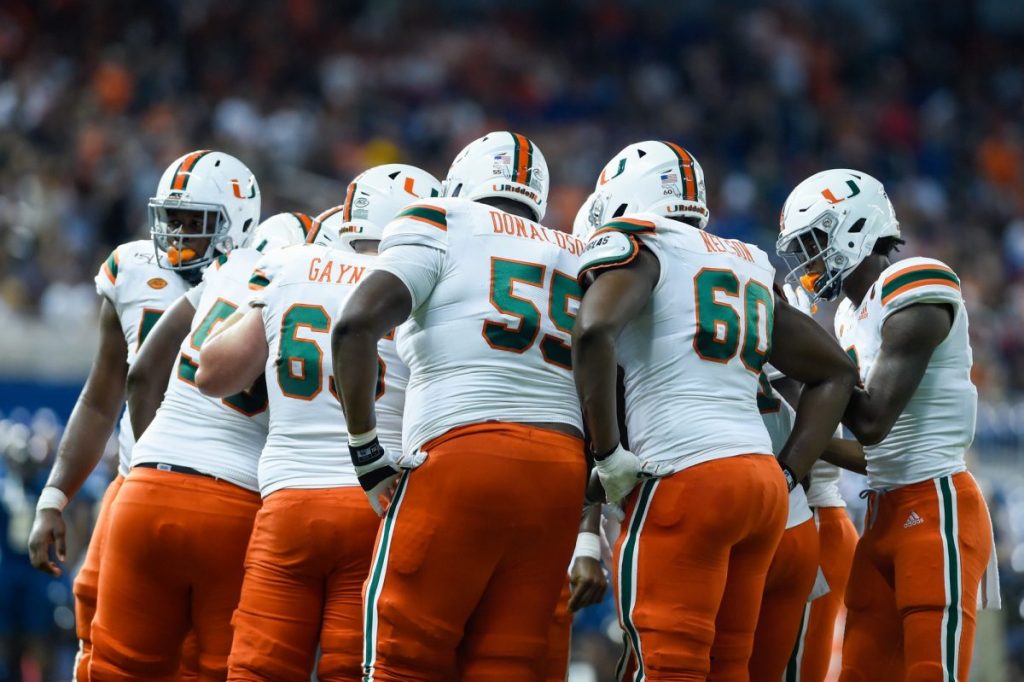 The Canes offense huddle during Miami’s game against Florida International University at Marlins Park on Nov. 23, 2019. The Hurricanes lost to the Panthers 30-24. Photo credit: Jared Lennon

It feels like many expect this season to be a turning point for the Miami Hurricanes football team.

For a team coming off a 6-7 season, capped with getting shut out by Louisiana Tech in the Independence Bowl, optimism surrounding the program is unusually high. However, it is not without reason. The team made big changes this offseason, landing big name transfers and coaches, alongside some solid returning players. With all the hype surrounding this year’s team, despite the program’s rough stretch the past few seasons, my question is: How will this Miami football team define a successful season?

Expectations are definitely higher for this year’s team than last year’s. A makeover of the offense is the biggest reason for that.

Starting quarterback D’Eriq King transferred to Miami after multiple seasons with the University of Houston. After playing four games of the 2019 season at Houston, he sat out the rest of the year as a redshirt so he could remain eligible to play this fall.

Although King will be playing tougher competition in the ACC than he did at Houston, I’m confident his game will transfer.

King coming to Miami is a big part of why this year feels like a rebirth for the program. The 5’11 quarterback turned down some big offers, including LSU and University of Arkansas, to come to play here. To turn down those teams, he must’ve had some confidence in the direction of Miami’s program. It makes me believe the hype is real.

Another reason to be excited is new offensive coordinator Rhett Lashlee. Lashlee joined the coaching staff after two years as OC at Southern Methodist University. In those two years, SMU was a top offense with big numbers in both passing and rushing.

It’s no secret Miami’s offense struggled in 2019. The offense finished the season ranked 98th in the country. Lashlee’s offense at SMU ranked ninth. King, a top three Heisman Trophy favorite, is better than any quarterback Lashlee coached at SMU.

Miami’s offense is going to perform better this year than last year. It needs to for the program to see any meaningful progress.

Returning junior running back Cam’ron Harris and junior tight end Brevin Jordan are sure to contribute to this as well.

Although the offense promises an exciting new system, the defense won’t see those same improvements. That’s not really a problem though. Miami had a good defense last year led by Gregory Rousseau at defensive end and a solid group of linebackers. Rousseau opted out of playing this season and most of those starting linebackers graduated. Still, this year’s defense has a lot of athleticism all around the field. It may be unproven, but the defense has a very high ceiling.

To say this year feels like a turning point may be correct. Part of that is the big-name transfers. It’s also because of the crazy good 2021 recruiting class Miami has secured. There’s an excitement around the program that’s drawing these four-star and five-star level high schoolers to play here. It’s a good sign for the future of the team.

This year’s squad has been given the responsibility of moving Hurricanes football in the right direction. An 8-3 record will make that happen. 8-3 is probably setting the bar high. That’s a good thing, though. It’s not an easy goal, but definitely possible. To make it happen Miami is going to need to win three of these four games: Louisville, Florida State, Wake Forest and UNC. That’s assuming they lose to Clemson and win the rest of the games on the schedule.

It doesn’t need to happen exactly like that. If Miami goes 7-4 and pulls out a bowl win, I’d be equally happy. Miami isn’t going to become National Championship contenders this year, and that’s ok. All we need is progress. 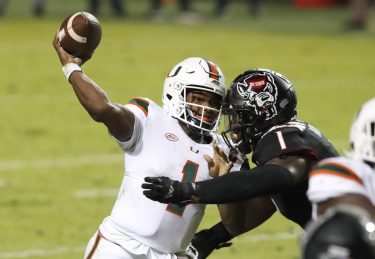