Home » Recap: The best (and worst) of this year’s VMAs

Recap: The best (and worst) of this year’s VMAs

This past Sunday, Aug. 30, MTV hosted what was…a solid first attempt at a large-scale awards show during the age of coronavirus. They did what they could to comply with social distancing rules while maintaining a semi-regular show format, complete with pr-recorded performances, fully masked backup dancers and crews and various outside venues scattered about New York City (to replace the typical arena setting).

Of course, it had its memorable moments, compliments of big winners like Lady Gaga, the Weeknd and Ariana Grande. But, like any last-ditch effort, there were quite a few moments viewers would rather forget. And, in a few weeks, they probably will.

Here are some of the best (and not so best) moments from the star-studded and experimental 2020 MTV Video Music Awards.

This year, fans of the 34-year-old pop songstress were not left disappointed. The icon known for her eclectic style won awards in five separate categories, each time gracing the stage in a different yet equally as jaw dropping album-inspired (titled “Chromatica”) outfit.

Her biggest nods include the first ever MTV Tricon Award, Artist of the Year, and both Song of the Year and Best Collaboration for her summer smash “Rain on Me” featuring Ariana Grande. The pop duo debuted their Billboard #1 hit for the first time on stage in a stunning performance packed with incredible fashion, fast-paced choreography and a few jaw-dropping surprise whistle tones from Grande.

Near the end of the night, the American music group performed their Latin-infused hit “Vida Loca” alongside Nicky Jam and Tyga. What fans didn’t see coming, however, was the group’s questionable choice to perform with glowing crotches. The prolonged illumination of their pelvic areas ended up distracting from the rest of the performance in a way that didn’t quite hit in the way it was probably intended to.

So far, 2020 has been a big year for women in music, with nine outstanding women achieving number one singles and a record of four female collaborations topping the charts. This didn’t go unnoticed, with an array of female musicians taking home coveted awards. The list of women who took home a Moon Man included Ariana Grande, Megan Thee Stallion, Doja Cat, Taylor Swift, Lady Gaga and Blackpink, among others.

It’s understandable that inviting a full, live audience amid a pandemic was unsafe and unrealistic, but the eerie fake crowd noises and cartoon-like dancing guests was…strange, to say the least. MTV’s efforts to try and replicate a typical awards show were appreciated, but the effort still fell flat.

From her controversial 2013 performance with Robin Thicke to the infamous “Miley, what’s good?” exchange with Nicki Minaj, Cyrus has played her part in making plenty VMA headlines. This year was no different. During the performance of her new single “Midnight Sky,” the singer gave the audience a true blast from the past, recreating the pop culture moment that was “Wrecking Ball.”

For some reason, Cyrus seems her most authentic when straddling enormous balls.

Throughout the night, winners and presenters alike spoke out their truths regarding current social justice movements. Unfortunately, these heartfelt speeches were often coupled with awkward transition music, to no fault of their own.

One standout, cringeworthy moment was MTV’s choice to follow The Weeknd’s emotional speech about the murder of Breonna Taylor with audio from Cardi B and Megan Thee Stallion’s “WAP.” Three words: read the room.

Palmer, the first black woman to ever host the awards show, quickly and gracefully proved to everyone how talented and deserving of the role she was. The “Hustlers” actress effortlessly provided the show with stellar vocals, incredibly acting skits, gorgeous fashion and bouncy dance moves. Palmer was, without a doubt, an incredible host and hopefully set the tone of more black, female hosts to come.

2020 has been a devastating year for many. This didn’t go unnoticed, as a variety of performers and presenters used their allotted time to address the social and political issues facing the country. From police brutality to coronavirus safety, celebrities were sure to talk about the issues affecting us all.

One of the best moments of the night came from the pre-show portion of the event, from breakout sister-duo Chloe x Halle. With a high energy, metallic performance of their R&B smash “Ungodly Hour,” the duo proved why their sign-off from Beyonce was well-deserved.

The question, however–and what lands this in the worst moments instead of best–is why the phenomenal performance wasn’t allowed on the main stage.

A clear standout performance of the night came from Best New Artist winner Doja Cat. The breakout musician lit up the show with “Say So” and “Like That” from her sophomore album Hot Pink. Complete with a gorgeous, shimmering bodysuit, the Los Angeles-based singer and rapper delivered one of her best performances to date.

Naked in public
The Power of Organizing 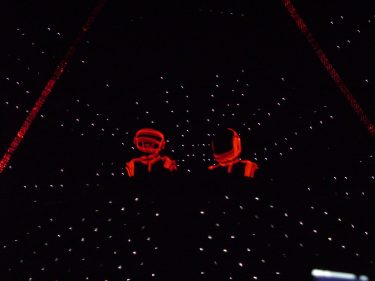 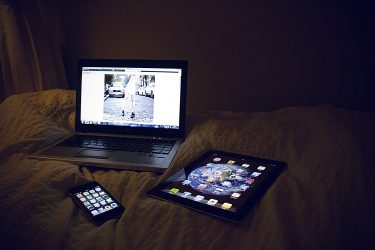 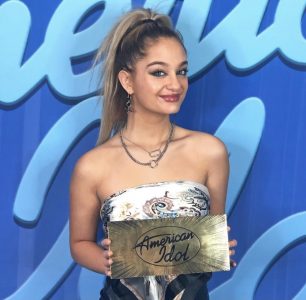