Everett Price, longtime director of the Rat, retires after 26 years

Everett Price, the lifelong ‘Cane responsible for introducing the popular gliders now common around campus, is retiring as director of the Rathskeller after 26 years in the position.

Price, a graduate of the University of Miami’s class of ‘84, worked at the Rat for four years as an undergraduate and met his wife, Germaine, at the popular hangout. Upon learning of an opening for the director position, Price returned to the Rat in 1993 and has been there ever since. 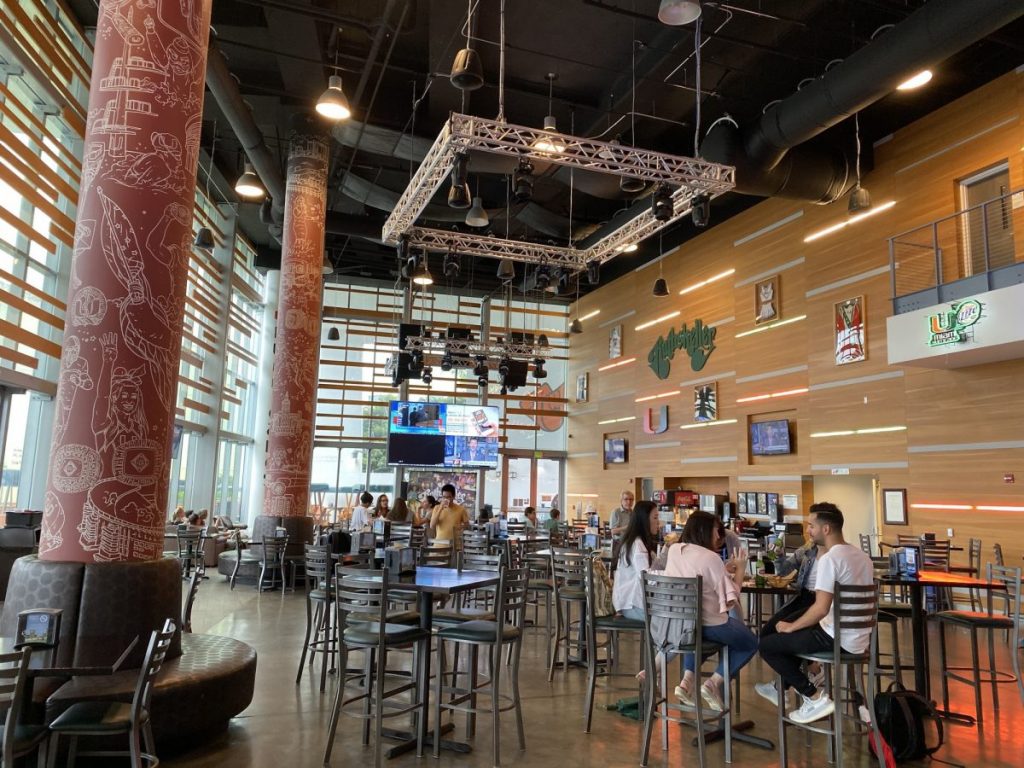 Patrons enjoy lunch in the Rathskeller on Oct. 7, 2019. The Rathskeller has served the University of Miami community since 1973. Photo credit: Jared Lennon

“It was an exhilarating experience to [return] in 1993 and to see the Rat and the university grow and change over the years,” Price said. “I looked up one day and it was twenty something years later. Now it’s time for me to walk off into the sunset.”

As director, Price said his goal during his years at UM was “to keep the Rat as the place for good food, fun, entertainment and community.”

Throughout his time as a student and then as the Rat’s director, Price said he prized the relationships he developed with coworkers, student employees and the university family.

“The friendships I have developed with colleagues and the student employees over the years have been very heartwarming and rewarding,” he said. “The work ethic and dedication demonstrated by [students] to make the Rat an important part of campus life has been very admirable. “

Price said many student employees contributed to the continued success of the Rat. As director, one priority for Price was restoring the restaurant’s tradition of hiring students for managerial roles.

“As a fully functional, real business, the Rat provides opportunities for students to learn job skills and responsibilities in addition to earning money,” he said. “Hearing stories of how their years working at the Rat have helped them in their lives and careers makes me proud.”

Engaging students in Rathskeller operations, also served to make sure the Rat always felt current, Price said. Another modernizing change Price introduced to campus was the famous orange and green gliders that can now be found all over UM.

“One night at dinner with my family years ago, we [ate] at a restaurant that used gliders similar to the ones at the Rat and across campus now,” he said. “My family and I thought it was a great idea and a lot of fun, so I looked into bringing them to the Rat.”

Price said his time at UM and at the Rat have provided him with lifelong friends and too many memories to count. One of the most special, he said, was watching his two children graduate from UM.

On his decision to retire, Price said that “the time feels right.”

“I’m looking forward to having some down-time,” he said.

Finding Price’s replacement has already begun. Nicholas Rau, the Student Center Complex’s executive director, said the position will be posted on UM’s employment website. A screening committee composed of university students and staff, he continued, will work to narrow down the applicant pool before the final round of interviews.

To the UM community, Price offered a message of gratitude: “Thank you all for the support and appreciation of the Rathskeller as a UM Tradition,” he said. “Go ‘Canes!”