Home » What to expect for football this fall

What to expect for football this fall

After a disappointing 2019 season where the Hurricanes went 6-7 and ended the year on a three-game losing streak, second-year head coach Manny Diaz went searching for answers outside of Coral Gables. 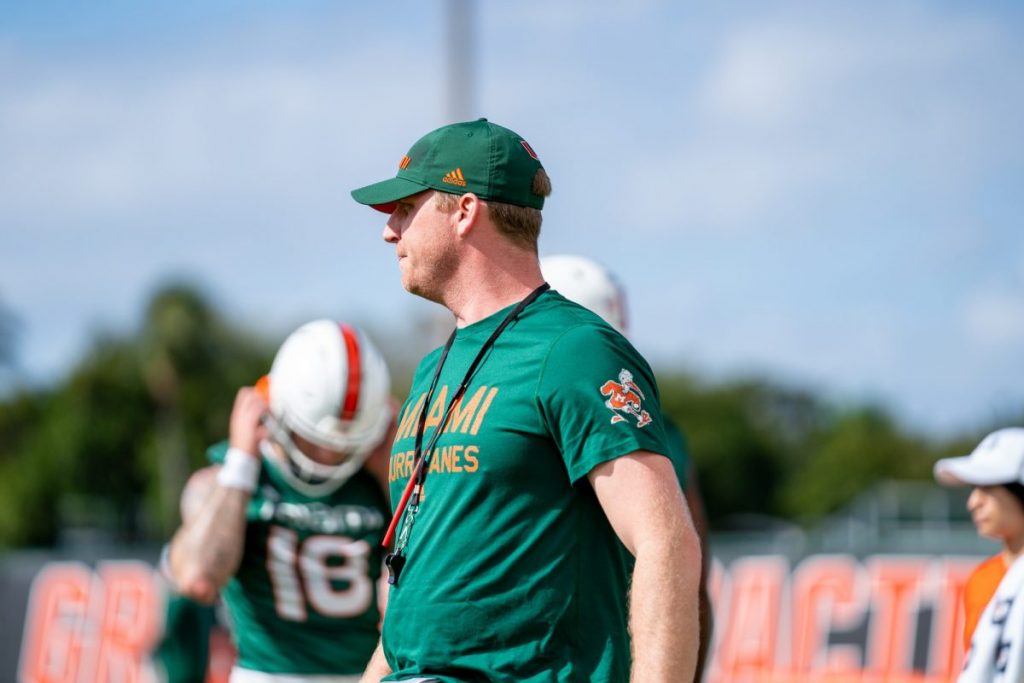 Miami’s biggest offseason move was hiring offensive coordinator Rhett Lashlee from Southern Methodist University. Lashlee, at 37 years old, pioneered a very successful spread offense at SMU that averaged 41.8 points per game last season, the fifth highest scoring offense in college football. Lashlee hopes to revamp Miami’s offense by implementing a spread offense that will take advantage of the skilled players Miami has on the offensive side of the ball. 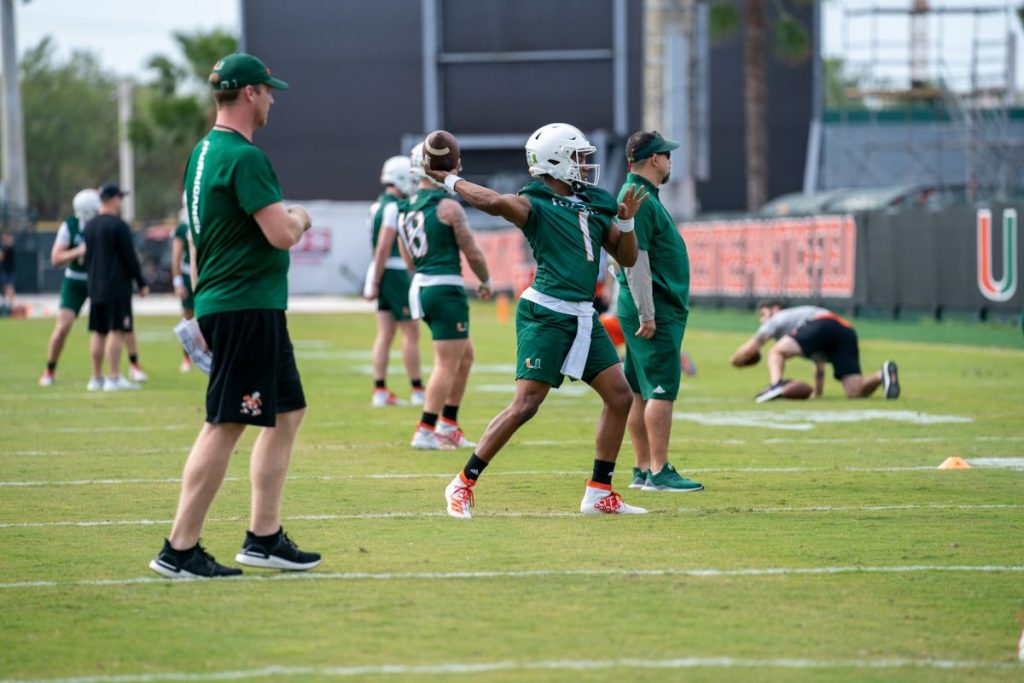 The offense will run through D’Eriq King, a graduate transfer quarterback from the University of Houston. King arrived at Miami in January and was named the starting quarterback in late July. According to the William Hill Sportsbook, King is ranked sixth at odds of 20-1 to win the Heisman Trophy. King will have a slew of talented receivers and tight ends to throw to, including 2019 Mackey Award finalist Brevin Jordan. The tight end had 35 receptions for 495 yards last season despite missing three games. Cam’Ron Harris will take most of the snaps at running back.

"He boasts an extensive and impressive background as a position coach, coordinator and head coach, and we're looking forward to seeing him work with our offensive linemen."

New offensive line coach Garin Justice, the former offensive coordinator at University of Nevada Las Vegas, was tasked with improving Miami’s offensive line that gave up 51 sacks last season, the most among Power 5 teams. But all six starting offensive lineman from last season are returning.

Quincey Roche, a transfer defensive end from Temple University, was the other big name the Hurricanes landed in the offseason. Roche will play alongside redshirt sophomore defensive end Greg Rousseau, who garnered national attention last year after he recorded 15.5 sacks and 19.5 tackles for loss. Rousseau is a sure-fire first round pick, with some NFL analysts placing him in the top five of the 2021 NFL Draft. Beyond these two star pass-rushers, however, Miami has a lot of personnel to replace on defense, especially at linebacker, with the departure of Shaq Quarterman and Michael Pinckney. Returning linebacker Zach McCloud will fill one of the two lineback spots, but the other is up for grabs.

Miami’s 2020 schedule will look different this year because of Covid-19. The Hurricanes will play 10 games against ACC teams and one non-conference game. The dates and locations have yet to be determined, but Miami will face Florida State, Georgia Tech, North Carolina, Pittsburgh and Virginia at home and will travel to play Clemson, Louisville, North Carolina State, Virginia Tech and Wake Forest. The non-conference game has not been determined, but it will be played at Hard Rock Stadium.

An invitation to our students
Student-athletes you need to know