Home » A history of greatness: Sports moments that made the U

A history of greatness: Sports moments that made the U

The U. People know the University of Miami by that very simple moniker. It’s also the name of a pair of ESPN 30 for 30 documentaries which capture the storied past of UM’s famed football team. A trademark. A claim to fame. But also a one-of-a-kind identity, uniting all of South Florida, a brand as well-known nationwide as the concept of college athletics itself. That is what ‘The U’ means.

Any Hurricane fan knows the significance of 1983, 1987, 1989, 1991 and 2001. Each of those autumns would culminate in a football national championship ring for the boys in orange and green.

The high school football talent gold mine that is Miami-Dade, Broward and Palm Beach counties form the ‘State of Miami,’ feeding the Hurricanes with football’s next generation of superstars. 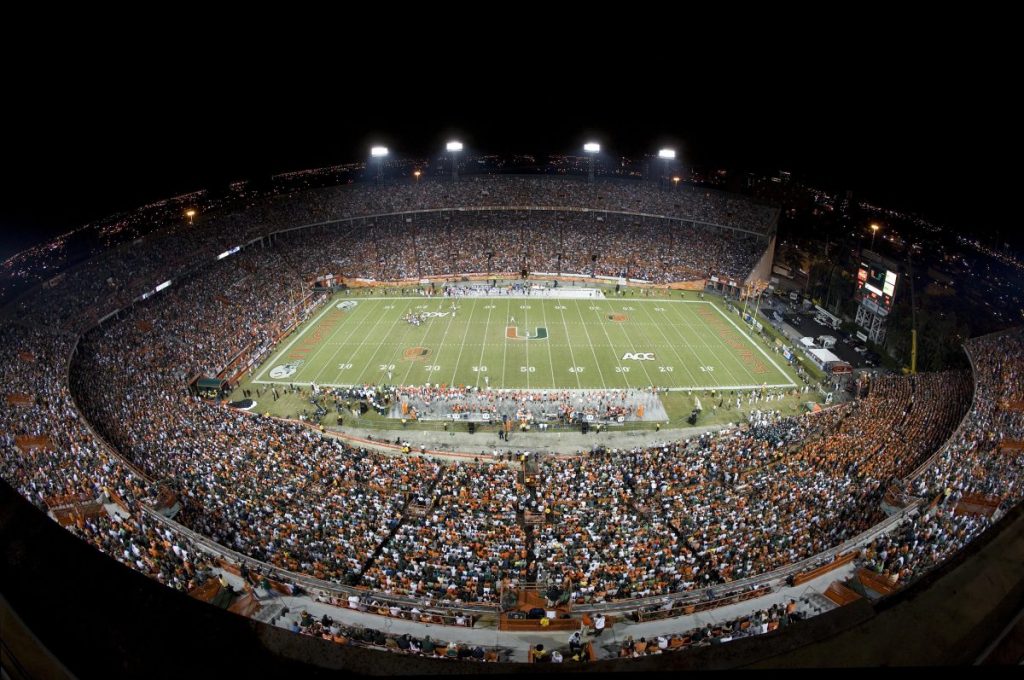 The Orange Bowl, the former home of the Hurricanes, is pictured during Miami’s final game at the historic stadium, versus Virginia on Nov. 10, 2007. Photo credit: ©Eric Espada/Caneshooter.com

For decades, the Canes called the Miami Orange Bowl home. The rugged stadium sat where Marlins Park is today, in the heart of Little Havana. What this gridiron venue lacked in fan comfort and amenities was made up for in character and home field advantage. The steel bleachers trapped in deafening amount of noise, and the tropical weather gave Miami an added edge. The Hurricanes won 58 consecutive home games between 1985 and 1994, a record that still stands today.

The Orange Bowl was torn down after the 2007 season, and the Canes moved to their current home at Hard Rock Stadium to share with the Dolphins. Longtime Canes fans felt the move north was related to the program’s decline in on-field performance. The next decade-plus would present a fair share of ups and downs.

But times and fortunes of old may be slowly returning to Miami. The Orange Bowl may be gone, but Hard Rock Stadium’s recent renovations have recreated the hostile environment that makes it so hard to defeat the homestanding Hurricanes. And head coach Manny Diaz—a Miami native himself—may be rebuilding the invisible fence needed to keep high-end recruits to play for the home team. 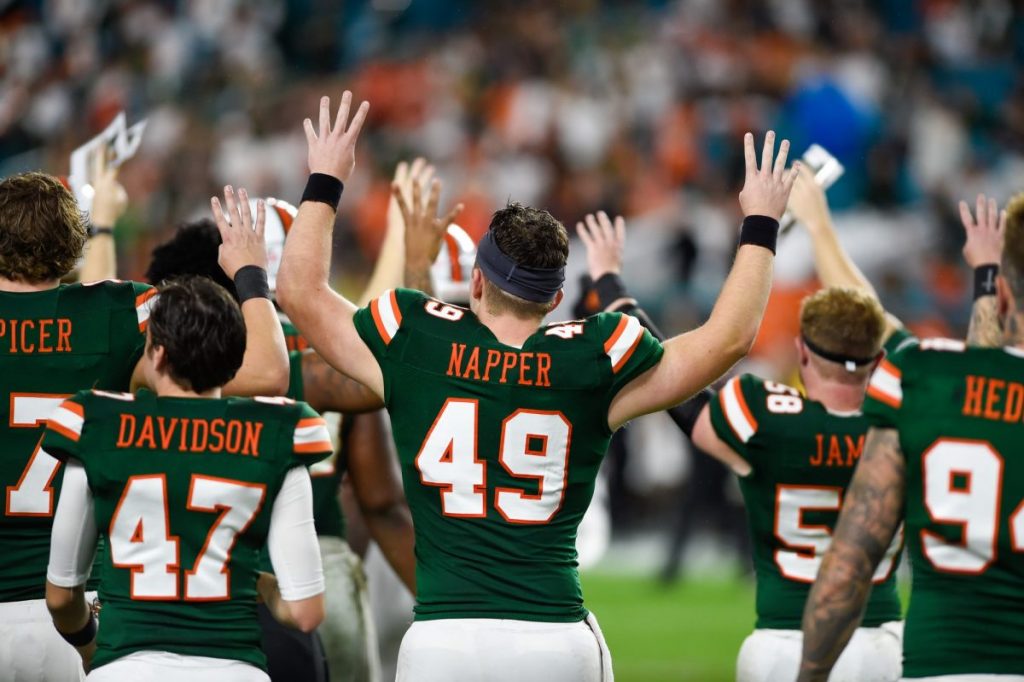 Then-freshman Long Snapper Mason Napper and other members of the canes football team hold up fours before the start of the fourth quarter on Nov. 9, 2019. Photo credit: Jared Lennon

A number of gameday traditions define the UM football experience. To begin every game, the team runs through the smoke. Touchdown Tommy is fired after each Hurricane score. The Frost Band of the Hour helps pump up the crowd the game, and each player, coach and fan holds up four fingers between the third and fourth quarter. This is because the game is always won in the fourth quarter. After the final whistle—win or lose—the team sings the alma mater together along with the fans.

Rich traditions and storied histories aren’t limited to football. Miami’s baseball program arguably put the whole sport of collegiate baseball on the national map, with the help of longtime head coach Ron Frazier—also known as The Wizard of College Baseball. The Canes have won four national titles—two under Frazier and two under Jim Morris. And delicious Mark Light Milkshakes satisfy fans at the ballpark each spring.

Unbeknownst to most Hurricane fans, one of the most significant pieces of UM athletic history doesn’t belong to football, baseball or even basketball. The men’s tennis program holds the distinction of holding the all-time NCAA record for consecutive victories in any sport, where from 1957-64, the team won 137 dual matches in a row. This mark will almost certainly stand for the foreseeable future, if not permanently.

UM holds a proud past. Across all sports, the university holds a list of successes and traditions going back generations. The U is more than just a letter. It is something that means everything to the university, its student-athletes and its fans in Greater Miami and far beyond. 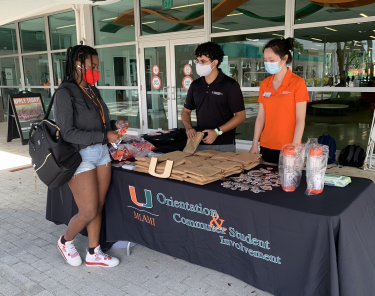