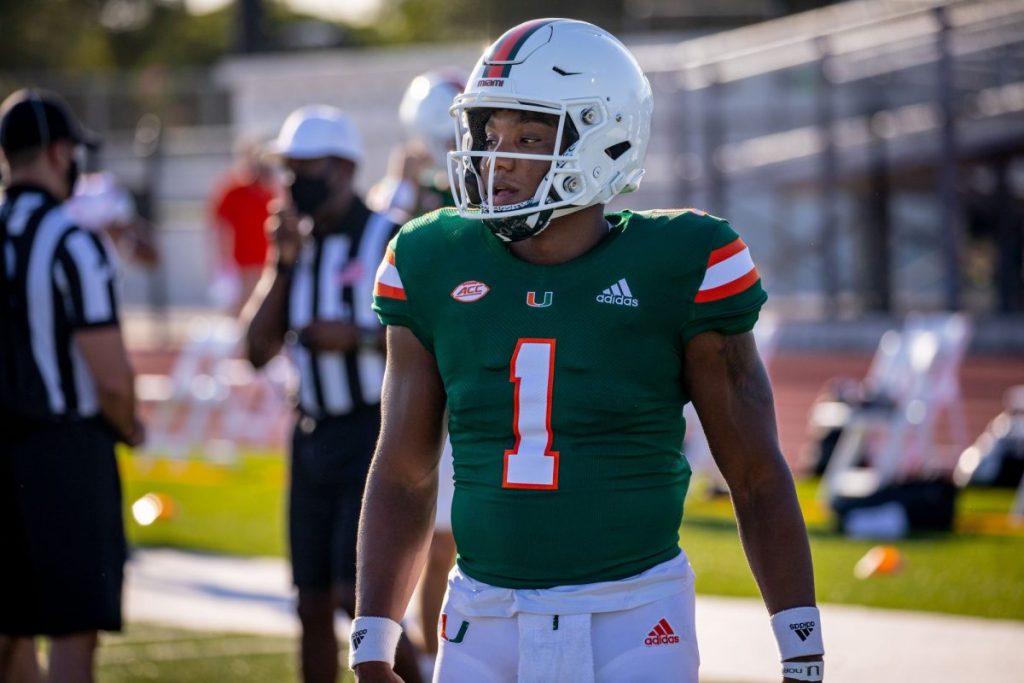 In his debut as the starting quarterback for Miami, D’Eriq King showed his ability to score. The graduate transfer from Houston threw four touchdowns and completed 15 of 26 pass attempts for 178 yards.

“King, his ability to make plays, four touchdowns passes, plays with his feet, really, really ignited our offense and really got us going,” head coach Manny Diaz said in a UM released video.

“I was very pleased with the way our guys got after it. The tempo of the offense was telling, we were able to run a lot of plays. I thought it was highly competitive.”

Freshmen running backs Don Chaney and Jaylan Knighton both put up impressive numbers. Chaney rushed for 57 yards on 11 carries with a touchdown while Knighton rushed for 126 yards on 10 carries and a touchdown.

“They both have had a great camp, so it just makes sense that they’d have a great night tonight,” Diaz said. “Both of them had the ability to make things happen when they got in the open field. Once they got comfortable you could really see their explosion.”

On the defensive side, Diaz highlighted redshirt junior linebackers Bradley Jennings and Waynmon Steed. Both players were coming off injuries and “made a lot of good things happen” during the scrimmage.

“It’s fun and we’ve got a great competition at linebacker, and not even to mention Zach McCloud,” Diaz said. “We’ve got a lot of guys we think that can play and that competition is far from over.”

Jaelan Phillips played for a little bit over quarter and “was very relentless off the edge,” Diaz said.

Safety Gurvan Hall led all defenders with seven tackles, while Brooks, Steed and Chantz Williams each added five tackles. Chantz Williams added a pair of sacks, while Flagg had a sack and fellow freshman Marcus Clarke recorded an interception.