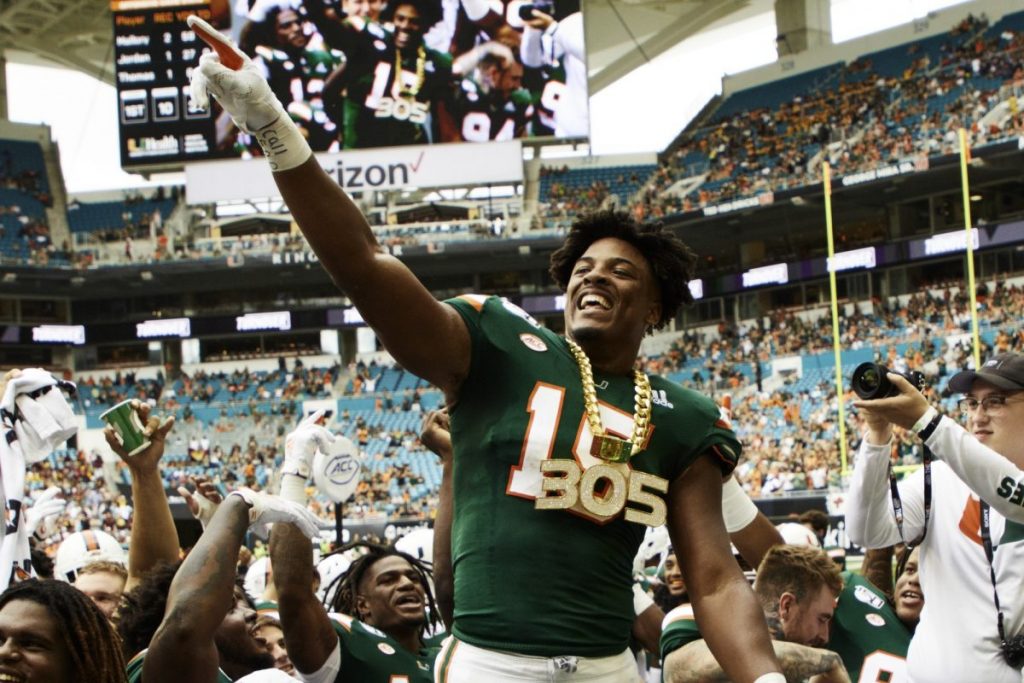 Gregory Rousseau (15) wears the turnover chain for the first time in his career after forcing and recovering a fumble. Photo credit: Josh Halper

Rousseau, who would have been a redshirt sophomore this year, was slated to be a first round pick in the 2021 NFL Draft and was widely regarded as the Hurricanes best player. After recording 15.5 sacks and 34 solo tackles in the 2019 season, Rousseau won ACC Defensive Rookie of the Year.

Diaz said he was made aware of the decision via text at the end of a video call with reporters.

“As a coach, we are for these young men,” Diaz said. “We are advocates for them and if this is what he has chosen, then we will support him.”

Defensive coordinator Blake Baker added, “We couldn’t be happier, we support his decision 100 percent. We knew that it was something on his mind.”

Miami will look to graduate transfer Quincey Roche, Jaelan Phillips and Jahfari Harvey to step up in the absence of Rousseau, according to Baker. 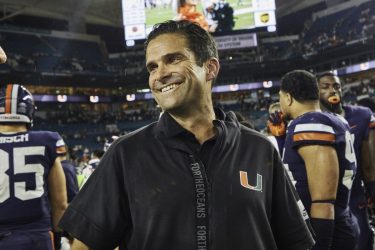 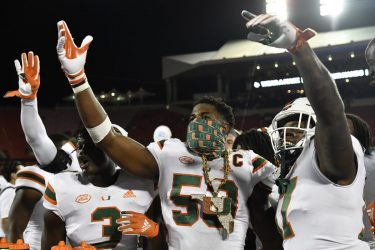