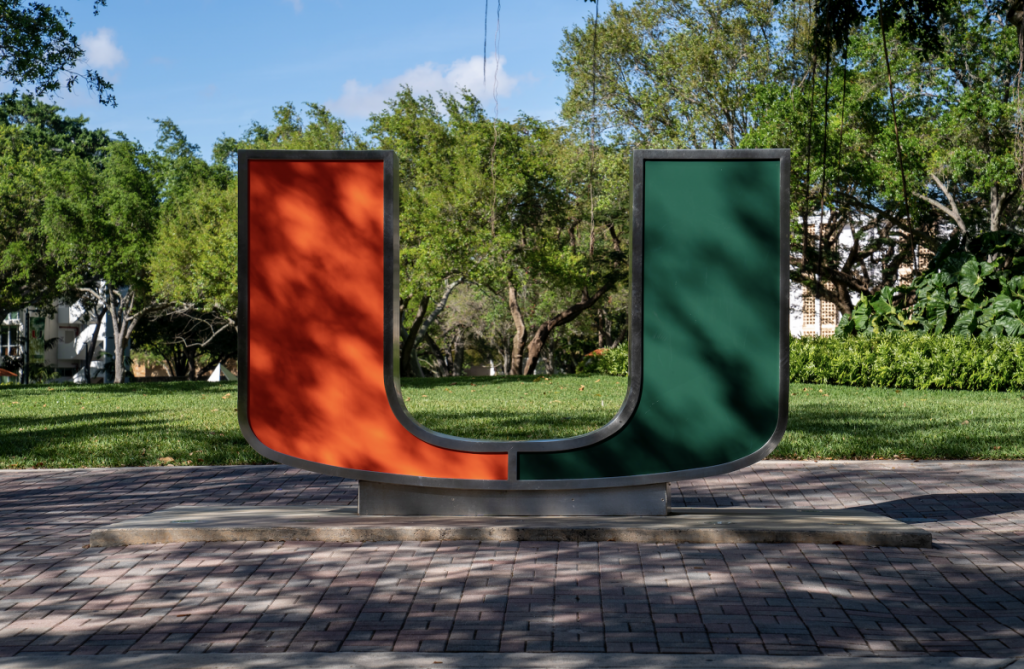 During Julio Frenk’s first five years as president of the University of Miami, the number of Black faculty at the university increased 26 percent from 159 to 200 individuals. However, Black student leaders say that isn’t enough.

After the tragic death of George Floyd and nation-wide Black Lives Matter protests, Black student leaders issued a list of demands for the UM administration to implement to better reflect the needs of Black students. One of those demands includes increasing the number and retention of Black faculty and staff through a strategic hiring plan, which is a request that has been repeatedly made to UM since 1968.

“There is history at the University of Miami, particularly our Black students and our Black community, asking for more resources, support, more people in the classroom,” said junior Landon Coles, the president of United Black Students.

Coles explained that Black students do not see themselves reflected in the classroom, especially in the faculty, causing many to feel discouraged as professors are less able to relate to their experiences. Junior Ajiri Uzere, president of the African Students Union, said she has not had one Black professor.

“There are so many professors that I’ve had the pleasure of learning from, but the people who have been most impactful in my life thus far have been those with a resemblance to the life I have had and who can understand the world I am entering into after graduation,” said Uzere, a political science and psychology double major. “When you bring Black faculty and staff into a University setting, it is more than just someone teaching a class or working in an office, but rather that’s also a mentor to a Black student, a role model and affirmation that regardless of all the systematic harms Black people have to face, success is attainable.”

The university has made steps in hiring more Black staff members, including the appointment of Laura Kohn Wood as the dean of the School of Education and Human Development in 2018, the hiring of Associate Vice President for Student Affairs and Dean of Students Ryan Holmes in 2017 and the promotion of Renee Dickens Callan as executive director of Student Life two months ago.

Kohn Wood is one of the first two Black deans hired at the university, and the first female of color to serve as a dean in UM’s history. Right now, Black individuals account for 5.1 percent of total faculty, which Frenk said is above average with peer institutions. However, the school declined to provide a breakdown by department.

According to the 2019 Fall Fact Book, there are 1,049 Black undergraduates, accounting for 10 percent of the total undergraduate population.

In February 2015, under then-president Donna Shalala, the university created a task force in response to concerns raised by Black students to diversify faculty and to better address the needs of all members of the university.

Leading up this decision, UM students organized a Black Lives Matter protest after it was announced Officer Darren Brown would not be indicted on charges in the shooting death of Michael Brown, an unarmed Black teen in Ferguson, Missouri. After the protest, derogatory, racial slurs targeting the protest organizers were posted anonymously on the then-popular social media site, Yik Yak. These students urged Shalala and the university to take action to address the racial climate on campus.

In doing so, a standing committee for diversity, equity, and inclusion was instituted in the Office of the Provost, the executive branch of the vice president. Yet, Coles said that the committee has failed to yield the results he hoped the university would accomplish.

Coles added he does not want to see any more task forces or standing committees, rather he said he wants to see the university create permanent infrastructure, allocate financial resources and set a timeline that the university will follow to hire more Black faculty, staff and administrators.

“Imagine how it feels not to be heard or only to be heard, again, when someone dies, when a knee is on someone’s neck for nearly 9 minutes and they die,” said Coles. “That’s when Black students at the University of Miami finally get an audience with the people who have the power to make some changes.”

Coles said he hopes to see the university commit to taking the initiative to better represent Black students. Reflecting upon his experience helping to create the first-ever council for diversity, equity and inclusion in the student government’s executive branch in a few short months, Coles wonders what the university could accomplish if it devoted its time and effort to this cause.

Associate professor Tywan Martin, the only tenure-line male Black professor in the School of Education and Human Development, has noticed a lack of Black faculty throughout the university.

“There have been challenges historically at the university of attracting Black faculty”, said Martin, president of the Woodson-Williams-Marshall Association, an organization for Black students and faculty. “There will be efforts made to mend those challenges, but the concern is if that will actually happen, just because of the historical nature of the university not doing things to bring about effective changes in those areas.”

Martin says hiring more Black faculty certainly can be done. Duke University created a program to bring Black scholars and pastoral leaders into its divinity program. Indiana University instituted strategic hiring practices, including providing grants to schools and departments that did not have a diverse faculty. The university, he said, can propose all of these new strategies, but it must look inward to find out why there is a lack of Black faculty.

“There are strategies that can be used or done, but it’s a matter of the university wanting to apply those strategies,” Martin told The Miami Hurricane. “You gotta look at the foundation and challenges and why is that the case [having few Black faculty] because if you bring someone in and they are a person of color and the environment is not welcoming, it is only going to exacerbate the problem.”

In response to this student demand, President Frenk announced initiatives the university will take to tackle racial injustice in a letter sent out to the UM community on July 1. These plans include a racial climate survey, a new Office for Faculty Inclusion and Diversity to support Black faculty recruitment and implicit bias training for all students, faculty and staff.

“Since 2017, the University of Miami has required that all searches include women and minority candidates in the applicant pool before an offer is allowed to be extended,” the letter reads. “By 2025, at least 80 percent of faculty searches will have diverse candidates not just among applicants, but among finalists.”

But, Martin said hiring a mass number of Black faculty, staff and administrators, at once, in departments that historically lack those of color would just mask the problem and not uncover the systemic inequalities and biases. More importantly, Martin said he believes a joint effort between all students and faculty could help dismantle the biases that are present on campus.

“If you are uprooting systematic biases, there has to be systematic training that is targeted at bringing change and it has to be designed to challenge people’s biases because that is what we are up against,” Martin said. “We have been isolated into communities and we have limited contact with people whose skin complexion might be lighter or darker than ours. It is socially engineered, so we have to do things in a way of rooting out those systematic roots of inequality and injustices.”

Uzere hopes the necessary changes will come so future Black students will not experience the same emotional battles she has experienced as a Black female student at UM.

“I don’t want to have to worry about my tone or be overly cautious about my tone so as not to be labeled angry or aggressive,” said Uzere. “I want a long-lasting change so that if my children were to attend UM, they wouldn’t have to go through the same emotional battles I do.”