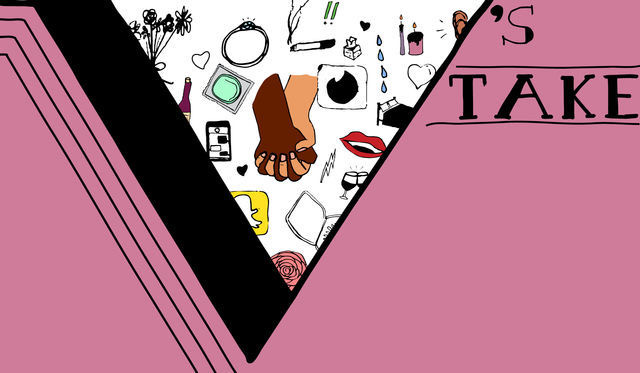 As an aspiring journalist, people have come to expect from me (and I’ve come to expect from myself) a certain level of refined professionalism in my work. Whether it be album reviews or interviews with local heroes, my writing is usually well researched and free (as much as possible) from personal bias. That is not this.

This is personal. This is political. This is me writing not as a journalist or an editor, but as a Black, queer woman who is tired. So, without further ado, white gays, let’s chat.

Last week, “journalist” Chadwick Moore tweeted the following: “I’m sorry, blacks, but you already have a month. Juneteenth isn’t a thing. Don’t colonize our month as well. Thanks. Signed, the gays.”

Now, there are a plethora of things wrong with this tweet, starting with the fact that anyone who refers to a group of human beings as “blacks” is already off to a bad start. Although, a grown man being able to graduate a top 100 university and build a large platform all while thinking that the largest, most well-known celebration of the end of U.S. slavery “isn’t a thing” is a close second.

The glaring issue here, however, is that this school of thought is an unfortunate representation of the kind of explicit racism that runs through the veins of the supposedly all-accepting LGBTQ+ community. If you’re not sure what that means, I’ll explain. But first, this calls for a literal history lesson.

One of the most iconic events in the fight for LGBTQ+ rights was the Stonewall uprising. It was in this monumental moment that the queer peoples of New York City decided that they had had enough, that they were willing to risk their lives so long as the queer folks that came after them did not have to endure the same discrimination and brutality that they did. It is because of these horrifically violent confrontations that the modern LGBTQ+ rights movement gained momentum and, in short, why we have a pride month at all.

On the front lines of this movement were Sylvia Rivera, Marsha P. Johnson, Miss Major Griffin-Gracy and a slew of other activists that will go down in history as queer icons and change-makers. If you are unfamiliar with these names, the common theme among them is that they are all people of color. So, before you say something as ignorant as “don’t colonize our month” (which is ludicrous in its own way, as it suggests that Black LGBTQ+ people do not exist), remember that this month would literally not exist without the hard work and sacrifice of Black people and other people of color.

Now that the major elephant in the room has been cleared, here’s a shortlist of other problematic behaviors that are simply not okay.

Gay men and drag queens are often known for their flamboyant personalities and catchy lingo; that is not a secret. The problem, however, lies in the fact that most of this vernacular is based in AAVE and these personalities are simply cheap mockeries of the outspoken Black women this country loves to hate. We’re inspirational. I get it. But, don’t open your mouth to use Black slang and close your mouth when it’s time to speak on Black issues.

Similarly, just because you are loud and flamboyant does not mean that you are a “Black woman on the inside.” You’re white and annoying–that’s it.

Stop fetishizing your partners. Being attracted to someone who is Black or a person of color is normal; being attracted to them because the idea of their exoticism is exciting and enticing is not.

Just because these are the only things I can think of does not mean this is everything. There is much work to be done, and frankly, it should not be the burden of POC to educate you on how not to be a racist.

And to be clear, this is not an attack on white queers. This is an acknowledgment that although you share in our queer oppression, you are still a beneficiary of white supremacy and male privilege, and it’s up to you to fix it.