Black student leaders at the University of Miami shared that they are ready to move past talking about issues of race on campus and push the administration to act.

Following the Black State of the Union Address held virtually on June 8, Student Government president Abigail Adeleke and United Black Students president Landon Coles, who both spoke at the event, decided to put together a letter outlining several requests and recommendations for the university to adhere to in order to better serve its Black students on campus.

Addressed to the university administration and board of trustees, the letter was sent on the morning of June 18 ahead of the board of trustees meeting held on June 19, or Juneteenth, a holiday honoring the anniversary of the freedom of America’s last enslaved peoples in Galveston, Texas in 1865.

The authors described the purpose of the letter, writing: “In response to the spotlighted conversation surrounding the systematic oppression of Black people and how to better support Black communities, several student leaders at the University of Miami convened to draft a plan to better the university community surrounding the support of Black and diverse communities.”

In this plan, students put together a list of 11 recommendations for the university, including requests to increase the number and retention of Black faculty, staff and students through a strategic hiring plan, to implement diversity and sensitivity training across the university and to allocate more money to infrastructure dedicated to diversity, equity and inclusion.

Both Adeleke and Coles said that following the Black State of the Union Address, an event that was organized in the wake of George Floyd’s death to address racial inequities at the university, they wanted to make sure that the many issues raised and ideas brought forth by Black student leaders did not end as part of a discussion.

“The Black State of the Union Address was always just meant to be a conversation starter,” said Coles, a junior political science major.

Adeleke and Coles worked together alongside 18 other Black student leaders to compose the letter and then shared it with other student leaders around campus, asking them to sign on in support. The letter received 78 total signatures.

“The letter is reflective of the voice of so many student leaders that it makes it nearly impossible to say no. There has to be some sort of action on behalf of the university administration,” Coles said.

Adeleke, a senior majoring in journalism and psychology, said that so far she received positive responses from administration, including Patricia Whitely, vice president for student affairs.

A statement sent to The Miami Hurricane from the university confirmed that the administration is planning to take action: “President Julio Frenk is in receipt of the 2020 Black Student Requests and Recommendations letter, and he is meeting this week with student leaders to discuss concerns. The president is developing an action plan that will be shared with the University community in the very near future.”

Second on the list of requests in the letter was a recommendation to initiate mandatory university-wide diversity, social justice and cultural sensitivity training to be completed by faculty, students and staff.

However, as the country reckons with police brutality in the wake of George Floyd’s death, Coles said he and the other student leaders found it important to extend training to the University of Miami Police Department as well.

In a separate request, the letter calls for diversity and sensitivity training for UMPD, Housing and Residential Life and the Coral Gables Fire and Rescue, as well as new de-escalation policies and community action steps.

Adeleke said she will be meeting with Coral Gables Police Chief Ed Hudak to discuss future allyship and new de-escalation policies. In the future, Adeleke said she is hoping to have a community forum with Hudak and his team to provide students, faculty and others the opportunity to bring forward issues and reach a resolution.

However, Coles stressed that addressing issues within police departments will not be enough, but that the university should focus on investing in its students in other ways.

“We are clearly seeing that a punitive system of adding more police is not working,” Coles said. “But what does work is when you invest in social services, educational programs, academic initiatives, hiring more Black faculty and staff, mental health counseling, emotional health counseling. Those are the kind of services that we really want to see invested in to better the student experience.”

Throughout the letter are multiple recommendations for programs, resource allocation and the creation of new centers to instill visible change on campus.

Both Adeleke and Coles recounted their experiences partaking in a number of standing committees, roundtable discussions and other meetings where discussion led to little action.

“I feel like there’s so much more that can be done instead of having these meetings where we kind of discuss what we want to do,” Adeleke said.

Within the Diversity, Equity and Inclusion Center, the students are also recommending the creation of a racial inclusion and social justice center and an Africana Studies center for research.

Coles previously stated during the Black State of the Union Address that events such as the Students of Color Symposium go underfunded, forcing organizers to scale back their vision. To address this, student leaders are seeking expanded funding and grants from the university for diversity and identity-centered programming and initiatives.

SG and UBS presidents share their hopes for future Canes

Coles affirmed that it is important for the university to act on each recommendation outlined in the letter, but he said he is aware that much of this change will take time.

“I think Abigail and I are both well aware that what we are advocating for will not come into fruition while we are still students,” Coles said. “These are some big changes.”

Adeleke and Coles shared that they are working not just for themselves and their community on campus but also for future Canes.

“My work is empowered because of the work and efforts of those who came before me,” Adeleke said. “People that come five years from now or 10 years from now will be able to know that there were people who were working tirelessly on their behalf.”

Coles added that he hopes future students will be able to enter a campus environment that fully welcomes them.

“I want students that come after us to walk around this campus and be able to look around and see themselves reflected in the administration leadership and in the student experience and to feel welcome and to feel included,” Coles said. “We have a beautiful institution, and in more ways than one, we are very progressive, but we’ve got a long way to go.”

Okay, maybe ‘Glee’ wasn’t all that bad
If UM wants to be on the right side of history, administration should start listening to Black students 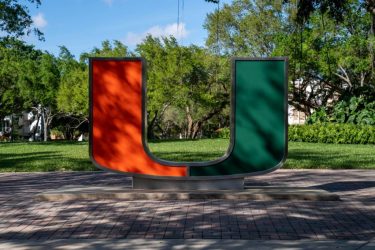 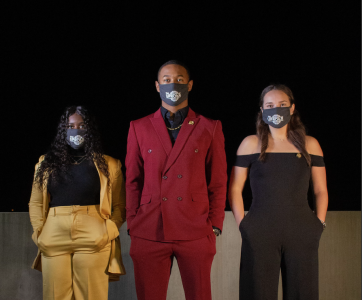