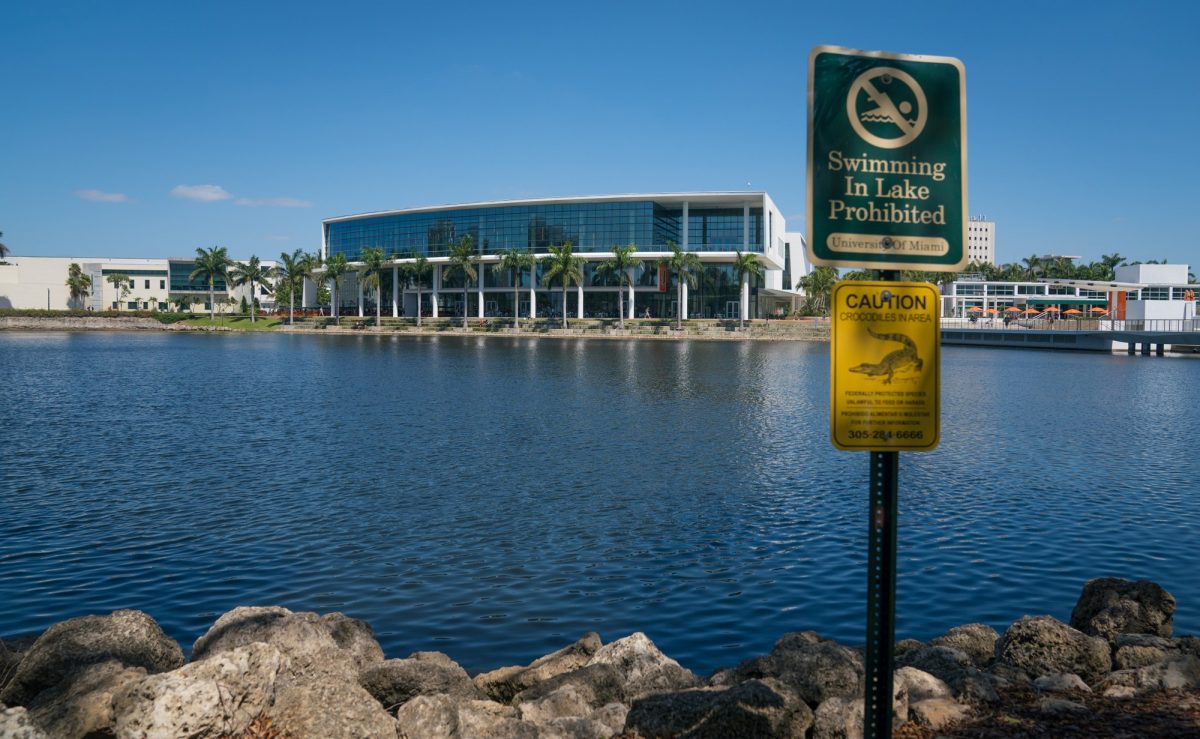 Like almost everywhere else in the world right now, life at the University of Miami is at a standstill. The classrooms are empty; the student center is quiet; the campus is eerily calm.

Now that classes have moved online, there’s almost no one on campus. Most of the students and faculty are locked away in their homes, hiding from the coronavirus. Since the onset of the global pandemic, UM has partially closed its housing facilities, urging the student body to flee campus and practice social distancing.

Now, only about 270 students remain in UM’s housing facilities. The other 3,777 students who lived on campus this semester have left, spreading out around the world. Those who remain are witnesses to an unusual stillness, living in half-empty dorm rooms and lonely hallways, they say.

Madeline Foust, a junior majoring in public health, lives in the University Village and said she hasn’t seen anybody walking around her building or in the nearby parking garage all month.

“It’s like things have come to a stop,” Foust said. “Campus definitely misses its students. I know a lot of people are having a hard time being at home because they miss campus, but it’s sad being one of the only people left here.”

Xuejing Li, an international student from Beijing, said it’s been more than three weeks since she’s seen someone she knows in person. Since late March when Coral Gables residents received stay-at-home orders, Li has been isolated in her Mahoney dorm room.

“It’s very boring,” Li said. “I can’t go to class; I can’t see my friends; I can’t eat dinner at restaurants. Everybody can only stay in their dorms or apartments.”

Even HRL’s student employees are confined to their dorm rooms. About 60 employees remain on campus, but no one is behind the lobby desks to receive packages or answer questions face-to-face. Instead, employees are available via Zoom to help with lockouts and complete other duties.

“I’m grateful the housing department was able to give me a place to stay,” Foust said. “I feel very supported.”

Deciding to stay in the dorms

In order to remain in on-campus housing past its partial closure on March 25, students had to submit a form that explained their reason for staying.

Foust said she requested to stay in her on-campus apartment because “extenuating family circumstances” prevented her from returning home.

However, according to Housing and Residential Life, the majority of students who remain on campus are international students who’ve been unable to return to their home countries.

Li is one of these students. She had a flight to China booked for the middle of March, but American Airlines cancelled the flight due to travel restrictions. Li has not been able to find another flight home until recently.

Other students, including Cherisse Charles, decided to stay on campus because they did not think it would be safe to return home. Charles’ family lives in Trinidad, but she did not want to risk exposing her family to the coronavirus. Her dad is older and her brother is immunocompromised, meaning that the virus could have deadly consequences within her household.

“We’re safer for it,” Charles said of her decision to quarantine at UM instead of her family’s home. “Knowing that makes it easier. There are so many ways to stay connected, so I don’t always feel like I’m alone.”

Charles, a junior biology major, said although she misses her family, she’s been using WhatsApp to communicate with her father and brother every day. She said she couldn’t imagine what college would be like without modern cell phone technology.

Charles lives in Pearson Residential College and frequents the Mahoney-Pearson dining hall, the only on-campus dining option that is still open. The dining hall now serves an average of 220 meals per day, according to HRL, and the building is only open for take out. All students and employees are required to wear a mask while inside.

“The food has been pretty good,” Charles said, reporting that many of the dining hall’s standard options are still available.

But Li disagreed with Charles’ assessment of the dining hall, saying that she usually opts to make food in her room. In fact, Li said she rarely leaves her room for anything. Charles and Foust both said they’ve been spending time outside, but Li prefers to remain isolated indoors.

Why? Because she said she faces prejudice when wearing her mask outside.

“Before, I’d wear my mask around school and many people would watch me and look surprised,” Li said.

She reported receiving “weird” looks from strangers that made her feel judged. Masks are now required in many public places and HRL distributed masks to its remaining residents; however, several Chinese students reported feeling discriminated against for wearing masks during the early stages of the pandemic.

In addition to bias, isolation has also been taking a toll on Li. She stays up until 6 a.m., sleeps late into the day and struggles to fight off boredom, she said.

“It’s been very unhealthy for me,” Li said of her quarantine in the dorms. Because of this, she decided to return home to China as soon as she was able to book a flight in mid-April.

Once returning to China, she’s near Beijing undergoing a mandatory two week quarantine in a hotel room. Li has yet to see her family, but is looking forward to their reunion.

“My family was actually very worried about me in America because the virus has been spreading here so quickly,” Li said. “I’m glad to be going home because things are getting better in China.”

Despite being the original epicenters of the outbreak, many Chinese cities are finally returning to normal, Li said. Her family members have been able to return to work and many businesses are reopening.

South Florida, however, remains trapped in the virus’ grip.

All nonessential businesses are still closed and social distancing rules remain in effect, meaning the Foust’s internship ended early this semester. Because she is a financially independent student, Foust relied on this source of income to survive. Now she has to use her free time to deliver for Postmates, making money through the app.

In addition to working, Foust spends her free time reading, practicing her instrument and taking her dog for walks around campus. Although there aren’t many students left, families from nearby neighborhoods have also been walking around campus, picnicing on the green and enjoying UM’s outdoor spaces. These families, along with maintenance workers, now make up the majority of the campus population.

Charles has been taking advantage of the South Florida sun, too. She said she goes on runs through nearby neighborhoods and does what she can to stay positive.

“It’s been stressful, but I think so many stressful things have happened in my career here at UM,” Charles said. “My first semester was Hurricane Irma. From that, I learned it’s not so much about the stress, it’s about how you rebound from it.”