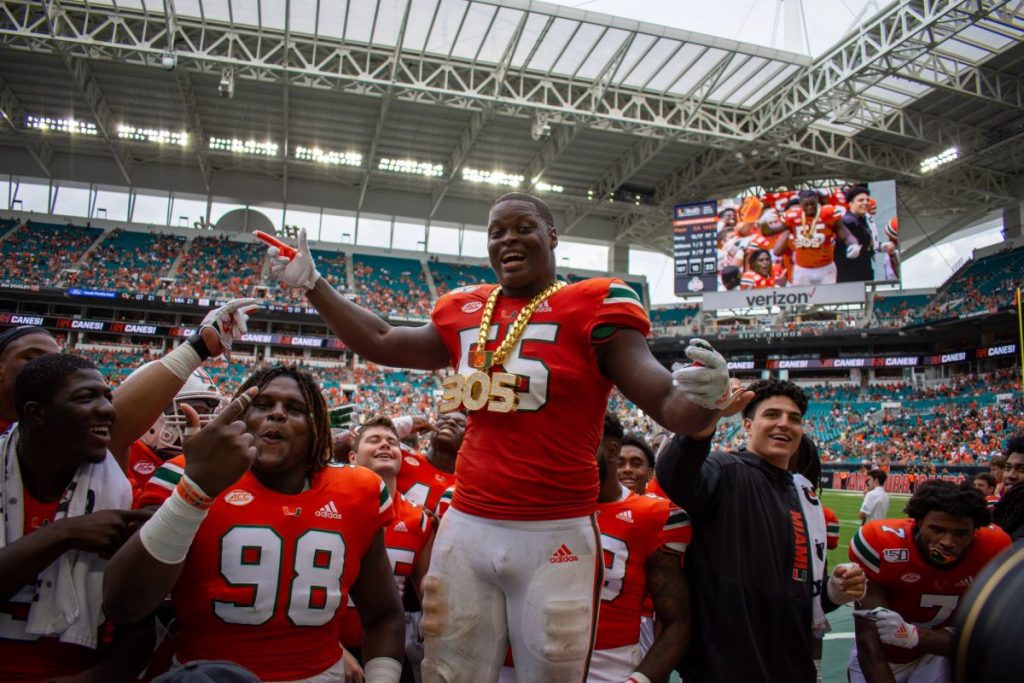 Just about two hours into the fourth round of the NFL Draft on Saturday, two Miami Hurricanes were selected just five picks apart.

Linebacker Shaq Quarterman was selected by the Jacksonville Jaguars with the 140th overall pick and running back DeeJay Dallas was picked by the Seattle Seahawks with the 144th pick.

Quarterman was the first Hurricane to be selected in the 2020 NFL Draft. The former senior linebacker finished the 2019 season with five pass breakups, two fumble recoveries and one forced fumble, earning himself All-ACC First Team.

The Orange Park, FL native never missed a start in his four years as a Hurricane and holds the Miami record with 52 consecutive games started. He finished his career with 356 total tackles, 13 sacks and one interception. 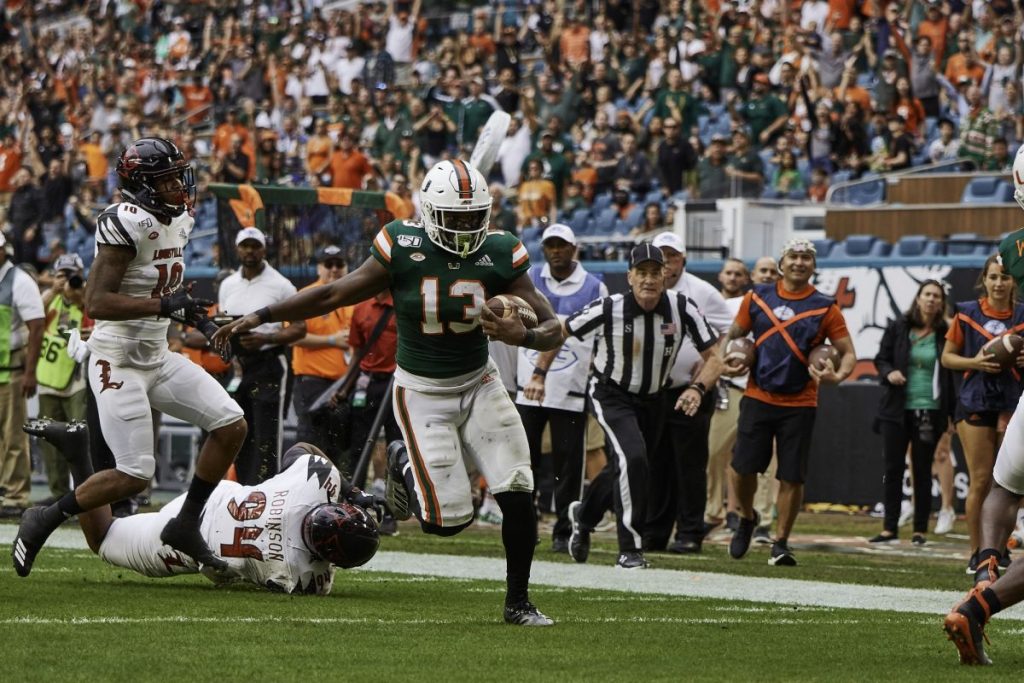 DeeJay Dallas breaks free of a Louisville defender during Miami's win over the Cardinals on Nov. 9, 2019. Photo credit: Josh Halper

Former junior running back Dallas was selected with the 144th overall pick by the Seattle Seahawks, where he will join former Miami running back Travis Homer in the Seattle backfield. Dallas finished his career as a Hurricane with a total of 20 touchdowns and 1527 rushing yards.

The 5’10, 214 lbs back suffered a season ending elbow injury in Miami’s loss to FIU last season. Dallas is the 12th Miami running back drafted since 2000.

Some Southern states are thinking of reopening but I still plan to isolate
Minnesota Vikings take K.J. Osborn in fifth round of 2020 NFL Draft