What the f*ck is ‘Tiger King’?

It’s a tale as old as time: the poetic rivalry between a gun-toting, drug-using polygamist and his arch nemesis, a potentially homicidal activist, over the right to own ferocious wild animals. If you don’t know by now the true story of America’s lucrative and ludicrous big cat dealing underworld, then spoilers ahead. But, honestly, you’ve had plenty of time.

After its March 20 release, the Netflix Original docuseries “Tiger King: Murder, Mayhem and Madness” swept across the nation. We watched in disbelief as the story unfolded, getting weirder at every twist and enthrallingly darker at every turn.

By episode three, a human has already had their arm ripped off by a big cat, a former cult member spills on getting a boob job to work in a zoo and a debate arises over whether or not a woman put her dead husband’s remains through a meat grinder. And man, is that only the beginning.

In the wake of the series debut, it seems like everyone has something to say about the, ahem, wildly successful show. And, honestly, I can’t stop thinking about it. So, let’s talk “Tiger King.” 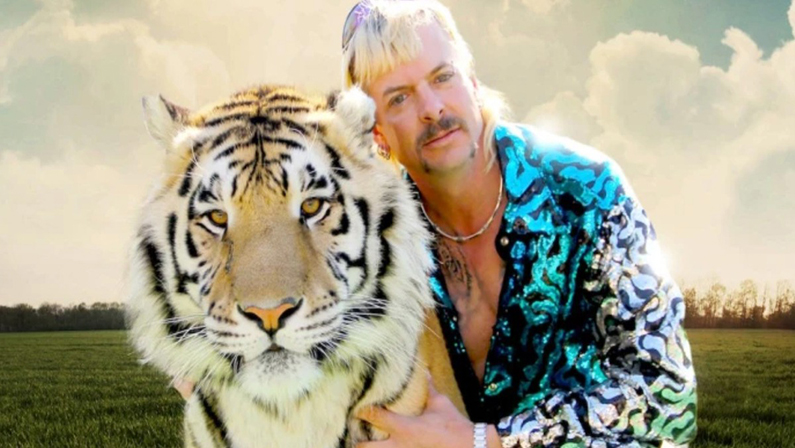 Since being added to Netflix on March 2, 2020, "Tiger King," Joe Exotic and his clan of chaotic counterparts are all the internet can think about. Photo credit: pinterest.com

If you watched the series, you know that the only good guys are a handful of Joe Exotic’s employees and a select group of characters with relatively small roles. Barring these few exceptions, “Tiger King” makes everyone else look pretty bad. This is mostly because, bear with me, they are probably terrible people.

Many of the show’s stars spoke out after its blockbuster release, providing mixed reactions on the series. To absolutely no one’s surprise, attention-loving inmate Exotic is loving his newfound fame, even if it is in part for being a narcissistic animal-abuser. You know what they say: Any publicity is good publicity, right?

For his part, the middle-aged, perverted hippie, Dumbledore-looking Doc Antle isn’t too happy with “Tiger King.” Apparently, he was hoping his quasi-sex cult of manipulated, underpaid young women would be portrayed in a better light. Poor guy. To add to the woes of the unfortunate cult leader, the frequently occuring cowboy dude Tim Stark pretty openly accused Doc of murdering tigers.

Which brings us to the underlying theme of animal abuse, which isn’t talked about much during the actual series. This must have been a shocker for “that b*tch Carol Baskin,” because apparently the cat crusader thought “Tiger King” was going to be the groundbreaking feline follow-up to “Blackfish.”

Her husband, Howard, went on record calling the producers “con men” after the series release, but I’m going to have to call BS on that. If the Baskins thought they were participating in a conservation movie, would they not have been just a little suspicious when the producers’ started asking questions about Don Lewis’ disappearance? If they weren’t, in fact, major attention seekers, then perchance they might have been a little less candid in front of the camera.

Quite frankly, I don’t know if Carol killed her second husband or if the multiple shots of her riding her bike like the Wicked Witch of the West were just for production value, but the amount of animal print that woman owns is downright sinful. So, I’m going to have to heap her in with the other cult leaders.

A lot of people, including the woman whose “coronavirus” remix we can’t get out of our head– Cardi B, of course– are calling for Exotic’s release from prison. Now, this may have been a joke on her part, but, apparently, our dear POTUS is looking into the case.

So uh, #JusticeForJoe? To be honest, I’m not buying this one. The man might– a very solid might– have been entrapped into the murder-for-hire case, but let’s be real: dude needed to get locked up.

Exotic carried out years of animal abuse, which his employees attest to later in the series, and it definitely seems like he committed fraud if nothing else. And, sad as his life may be, he’s just an awful guy.

Exotic manipulated his parents out of their savings, paid his downtrodden employees dirt to risk their lives every day and probably burned down his own property and a handful of alligators to prevent an unflattering reality show from being made. And, oh yeah, the mullet.

Massive manipulation tactics aside, maybe Exotic is OK. After all, he earned nearly 20% of votes in the Libertarian primary of Oklahoma’s 2018 gubernatorial race. He was even kind enough to let his employees take first pick of the rotten Walmart meat he fed his tigers. And, if you can believe it, he was actually in the process of making some pretty significant scientific contributions to society.

That’s right; according to Exotic TV on YouTube (highly recommend), Exotic was in the process of bringing back the extinct saber-toothed tiger. “How?” you might ask. No worries. Exotic already produced the world’s first tiliger, which is a cross between a tiger and a liger (lion-tiger hybrid). Eventually his goal was to, wait for it, breed the tiligar back into a tiger, producing a massive prehistoric super breed. Well played sir, well played.

If you can’t tell, the “Tiger King” hype is far from over. There’s just so many unanswered questions, so many things that need to be said.

First of all, for those that need to go down this rabbit hole a little bit deeper, the Netflix series is only the beginning. There’s a whole Podcast! “Joe Exotic: Tiger King” is now available on Spotify. And, of course, the man’s YouTube channel is still up-and-running, complete with all those country music videos that (shocker!) he’s lip synching in.

Second, did anyone else think this was potentially the greatest gun control advertisement ever made?

Finally, is it just me or is Exotics fifth husband actually kind of cute? I might not understand the man, but I have to admit Dillon Passage is a pretty good looking guy.

All jokes aside, a lot of people and animals got hurt in the making of this show, and while I’m not really qualified to give an expert opinion, it definitely was not worth it. Many of the people profiled used drugs and suffered from manipulation, and not all of them survived.

Great as the show was, there was no need for the immediate aftermath of a young man’s death to be shown on-screen. And, as animal rights activists have pointed out, the four-legged victims of the story didn’t really get much attention.

All in all, was “Tiger King” the distraction we didn’t know we needed? Yup. Am I slightly concerned that Joe Exotic can walk into a Pawn Shop and buy explosives and firearms? Big yup. Would I like to see Doc Antle and Jeff Lowe behind bars next? Absolutely. As for the employees? I truly wish them the best.