Ella Pokrifka will be leaving Prague Sunday, March 15 and returning to her home in Pennsylvania, after her study abroad program was cancelled due to the spread of the coronavirus in Europe.

“I will never get this experience back,” said Pokrifka, a biochemistry major. “This was my last chance to not think about adulting and moving on and my future in general. It’s really the worst.” 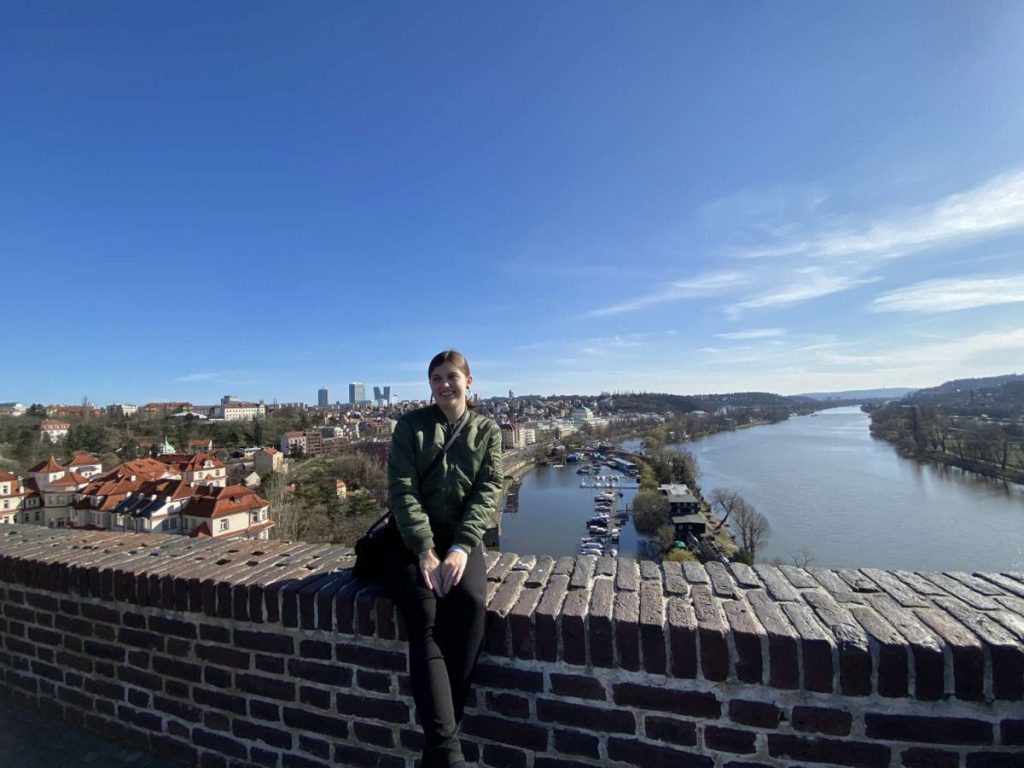 Ella Pokrifka was enjoying her semester abroad in Prague before she had to rush home following travel bans ordered by the U.S. and Czech Republic. Photo credit: Ella Pokrifka

Pokrifka was sound asleep in the bed of her university dorm in Prague, when she received an email at around 5 a.m. informing her that her study abroad program had been suspended because of the rise of coronavirus cases in Europe.

“I woke up to a ton of messages about everyone freaking out,” said Pokrifka, a junior studying abroad with 19 other students as a part of the UPrague program for the spring 2020 semester.

On Wednesday, March 11, President Donald Trump issued a 30-day travel ban from Europe to the United States, which prompted the university’s study abroad office to cancel all UM study abroad programs in Europe, according to the email.

“Whether or not this travel suspension affects you directly, in an abundance of caution, we are suspending your Study Abroad program, effective immediately,” the UM Office of Study Abroad told students.

The university previously had canceled other UM study abroad programs, including URome, after the host countries reached COVID-19 Level 3, (meaning to avoid all unnecessary travel to that area.), a designation from the Centers for Disease Control and Prevention warning that an outbreak is widespread and of high risk to travelers.

The added European countries include Austria, Czech Republic, Denmark, Finland, France, Germany, Iceland, Netherlands, Slovenia, Spain, Sweden and Switzerland, which, according to the UM Study Abroad website, are all countries where UM sends students abroad for U-programs and partner programs in the spring. The Office of Study Abroad was unable to provide a complete list of active programs at this time.

In response to the spread of the coronavirus, the Czech Republic also issued a total travel ban that will take effect at midnight on Monday, March 16.

“We issue a ban on entry for all foreigners as of midnight from Sunday to Monday, except those with residency or short-term permits of over 90 days,” Prime Minister of the Czech Republic, Andrej Babis said in a televised news conference on Friday March 13.

Pokrifka and the other students partaking in the UPrague program had to act quickly following the new travel bans from the U.S. and the Czech Republic.

Once everyone read their emails, Pokrifka said things unraveled quickly. The university informed students that they had to be back at their permanent residences by Wednesday, March 18, but some left as early as Friday morning on March 13, Pokrifka said.

Pokrifka’s university classes were cancelled before the whole program was, but she had to leave Prague as soon as she got the email from UM. “They simply said leave. There was no choice to stay,” she said.

Pokrifka is upset at the cancellation of the programs.

“I think that this being an unprecedented event made the hysteria much worse,” she said. “Personally, I am not sure if it was the safest choice for them to send us home in terms of contracting the virus. However, being stuck and not allowed to leave the EU is also a scary thing.”

Pokrifka and other students participating in UPrague plan on continuing online classes via Zoom starting March 16.

“Sadly the courses are in Central European Time, so I will have to still be on that time schedule when I am home,” she said.

“This is no one’s fault, but I can guarantee to you that no one is happy,” Pokrifka said.

As developments of the coronavirus were sweeping the news, another student abroad in Europe, Allegra Turner, simply stopped keeping up because it was getting too scary.

“I was at home working on a presentation when I got the email,” said Turner, a junior majoring in international studies and French. She was one of 19 UM students studying abroad with the UParis program who received notice that the students had to leave as soon as possible. 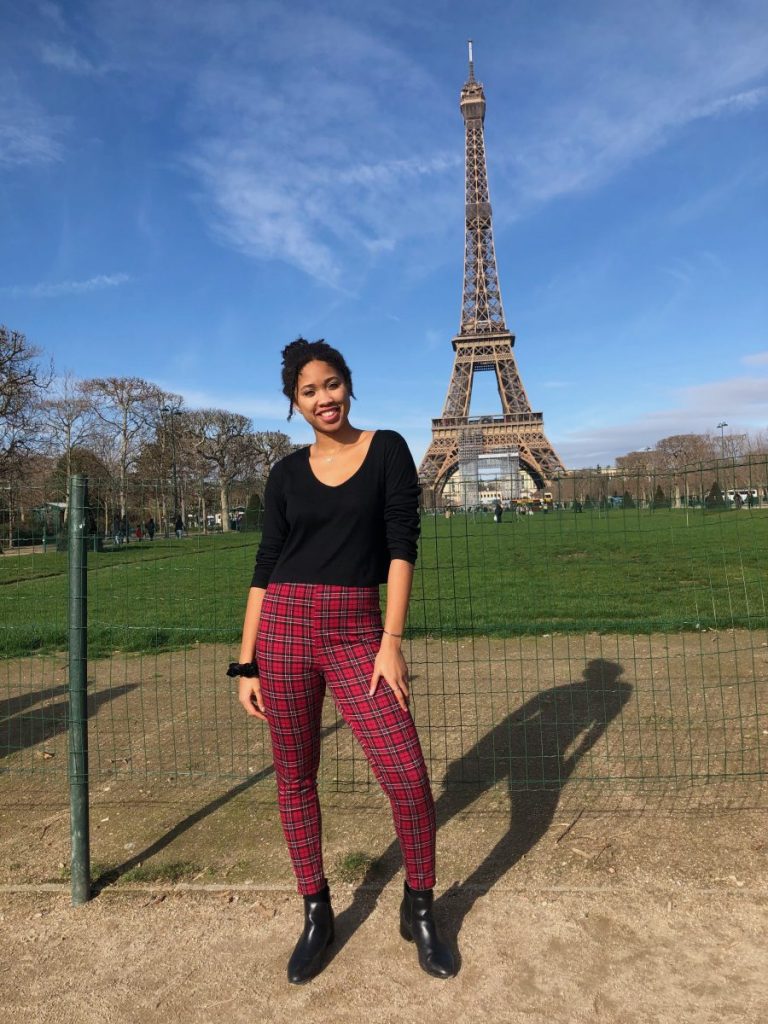 UM student Allegra Turner poses for a photo in front of the Eiffel Tower during her semester abroad in Paris. Turner was one of 19 students from UM in the UParis program. Photo credit: Allegra Turner

The orders from the university prompted Turner and other students to start planning their trips back home, paying for flights out-of-pocket and awaiting refunds from the school. Given the short time frame, UM promised to reimburse students participating in UM sponsored programs up to $2,000 to cover fees related to changes in air travel, according to an email sent out to students from the UM Office of Study Abroad.

Turner returned to her hometown in Boston on March 13, but she said she was rather confused about the way the university handled the situation.

“Obviously it’s a developing situation so there’s not much they could do, but it was annoying because so many other universities like UM had already sent their students home, so we were just waiting around.”

UM told students partaking in non-UM programs were required to follow the instructions of the host university, according to an email sent to these students on Monday, March 2 by the Division of Student Affairs.

Corinne Issa, a junior majoring in psychology, was studying abroad in Madrid, Spain, through a CEA program. On March 9, she received the news that her classes at Universidad Nebrija were canceled for two weeks.

“In a way, I felt like UM couldn’t do anything to help me. I felt detached since they sent out that first email,” said Issa.

“I was really calm but then all of a sudden it was getting worse,and everyone was getting extremely stressed, and the best decision at that point was to fly home just for the two weeks.” 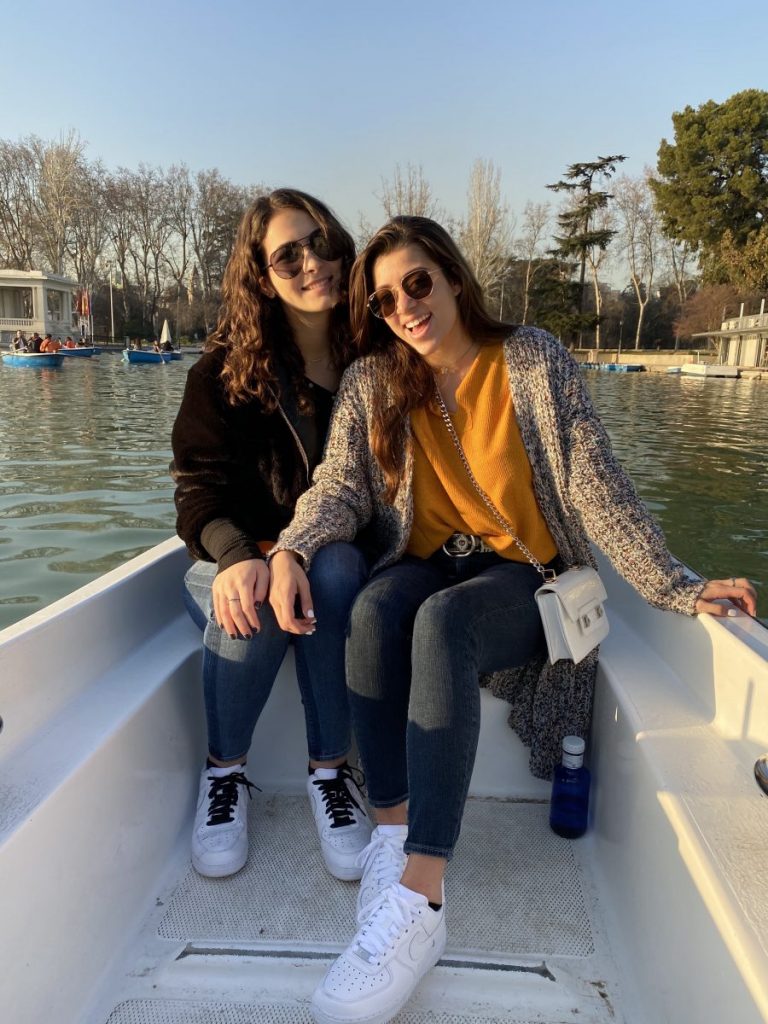 Once Trump announced his ban from Europe to the United States, Issa said she and other students began freaking out.

“I changed my flight to an earlier flight, and people in my apartment were going to the airport without tickets to find tickets home,” she said.

Issa is now back in New Jersey as of Friday, March 13, and will finish the semester online beginning March 16.

“As of now, if the situation gets better in Madrid, I will definitely go back,” she said.

She said she did not anticipate that the coronavirus pandemic would reach such magnitude but is upset that it has.

“It’s affecting so many people, and it is affecting the whole entire world,” said Issa.

“I feel like this is the only time in my life where I can travel for a long period of time with my best friends. I was looking forward to it so much, and I was having the best experience, and I never expected anything like this to happen,” said Issa, who was only in Madrid for a month and a half before her classes were cancelled.

In communication with students abroad, the university has asked students coming from China, France, Germany, Iran, Italy, Japan, South Korea or Spain to not return to campus until they have completed a mandatory 14-day self-quarantine period

Despite this, both Issa and Turner said that UM did not give them specific instructions on how to self-quarantine off campus. They were only informed by email to contact Student Health Services before arrival on campus if they plan to return, they said.

“We will work with each of you to find equitable academic and curricular solutions that will enable you to complete your scheduled credits in a timely manner and maintain progress toward your degree,” a UM email on March 12 stated.